My Syria in five years 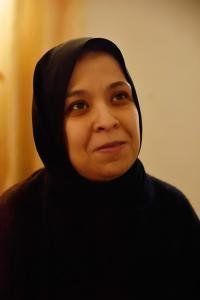 “In five years’ time? You want the dream, or the realistic option? I hope that Syria will return to being the most beautiful country in the world. Logically, I think that Syria will stay as a warzone like Iraq. There is no hope in the Arab world. There is no future. Syria has become a third world country.”

Faiza, 37, lives as a refugee in Amman with her mother, three children and husband who was injured in Syria and now has severe mental disabilities. Faiza cleans neighbours’ houses – working for the first time in her life – in order to make enough money to pay the rent on their small apartment.

“We hope the situation in Syria will improve in five years, but it is getting worse right now. We hope and pray to God that it improves, but we see the news and hear countries talking, trying to fix the problems in Syria, but all we see there is blood and death. We miss our families and our lives in Syria. Before we talked about silly things, we never looked at the news. Our lives have changed 100 per cent now. I hope we can return to Syria and you can visit us there and we can have tea together.”

Rania, 36, Hana,32, and Ghosoun,41, were friends and neighbours in Homs, Syria and found each other again by chance as refugees in Amman, Jordan. They meet nearly every day to discuss the past and the difficulties they face surviving in Amman. 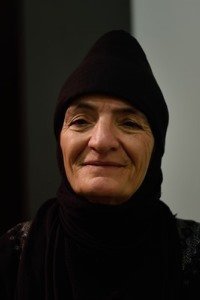 “I ask God that in five years’ time I can return to Syria, even if it is to a tent. I am thankful to the Jordanian people, but nothing is the same as home. I just hope that they can find a solution in Syria so that we can go home. Everything is already destroyed, there is no water or electricity, and we would be living in the wild as there is nothing left. But I still hope I will be back there. If the situation continues like this for another five years there will be nothing left in Syria.”

Amira*, 49, from Homs, Syria nearly had to have her foot amputated after walking from Syria to Jordan in shoes too small for her feet. She spent three month lying ona mattress with her foot elevated, and unable to move. (*Name has been changed for safety reasons)

“I hope and believe that in five years’ time the situation will be solved and we can return to Syria. It will be totally destroyed but we will rebuild it.” – Zainab

“The situation will never be solved in five years. Even if the fighting stops it still won’t be safe and we won’t be able to go back.” – Eman

Eman, 18, and Zainab, 17, are cousins from Homs, Syria. They have been in Jordan for three years already. Eman says that the trauma of the conflict in Syria made her forget who she was, and even the colour of her hair. 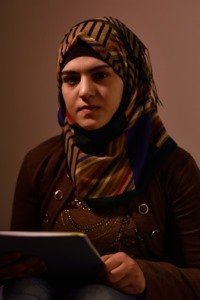 “I don’t think anything will have changed in Syria in five years’ time. Syria needs a very long time to be stable. We need time to rebuild it again; even to rebuild my home which was destroyed. But I still hope to return one day.”

Kareman, 16, has been a refugee in Amman, Jordan for three and a half years.

“Every day I pray to return to Syria and I pray to Allah to protect me and my children. All I want is that before another five years pass,I can return to Syria. Wouldn’t you want to go home? I’ve been in Mafraq, Jordan for the last three years.”

Sanaa, 36, lives in one time room with her eight children in Mafraq, Jordan. Her husband is among the many who have disappeared. She works picking olives from 5am – 4pm every day just to make enough money for her family.

“It will be a long time before Syria will return to how it was. Syria will never be safe again. It will face big challenges in the future.”

Ahlam, 29, lives in Azraq camp, Jordan. She left Syria three months ago after years of trying to flee the country.

Women photographers show the impacts of COVID-19 in West Africa