Nama’s story: homeless in your own home

Despite the constant bombings, fighting, hunger and other difficulties, most Yemenis continue to stay in their homeland. Just over 170,000 of the estimated 22 million in dire humanitarian situations have fled to neighbouring countries. The vast majority stay on in their towns and villages, or have been forced to move to other parts of the country to avoid the bombings and destruction. Yemeni photographer Thana Faroq shares the story of one woman affected by the conflict.

My name is Thana Faroq. I am a Yemeni street photographer; or visual storyteller as I like to call myself and my passion is telling the stories of the invisible. I recently went on a trip with CARE to Hajjah district in northeast Yemen where I met Nama who had been forced to flee her home in Saada near the Saudi Arabian border. Meeting her and the other displaced women like her had a profound effect on me. I am also a Yemeni, living under aerial strikes, but her experience made me realise how lucky I am in comparison to many. 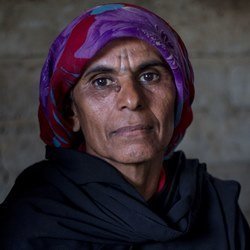 When I met Nama my first thought was – how are so many people sleeping together? She was sharing one room with her family of around eight as well as her relative’s family. I couldn’t count all the children but I estimated there must have been nearly 20 people sharing that one room. She was one of the lucky ones – many people who don’t have relatives to help them are sleeping outside or in schools; wherever they can find shelter.

Nama and her family moved from village to village for a week trying to find somewhere they could get help and stay. Along the way they would sleep anywhere they could:

“We were sheltering under plastic sheets tacked to walls sometimes trees, we had no food no money. It seemed this was the end for us. We later moved to Bani Qa’is, seeking relatives help, but what to do if they are also devastated by the war too and they can’t afford basic stuff for themselves?”

For Nama one of the worst parts of their flight was the lack of access to toilets. “When we ran from Saada my basic human need is to use the bathroom, but when we were moving from place to place I had to do it behind a tree or wall and it was so humiliating,” she told me. Small things like this may not seem such a big deal when you think of the bigger picture. But they are. Access to a proper and safe place to go to the toilet is s a basic human right and when you’re forced to flee your home you don’t even have that. She told me how happy she was now in Bani Qa’is as CARE provided bathrooms for people.

“You see this is my kitchen here, I only can afford to make bread. The flour was donated to us by CARE and other organisations. Before this we were poor but we were able to survive… now I am not sure how we can continue.”

As Nama’a tells her story, her children sneak up to the window asking their mother for food. “We haven’t eaten anything since yesterday morning,” says Mohammed the oldest brother. “Sometimes we get a meal a day sometimes nothing, we can’t sleep when we are hungry,” he adds. 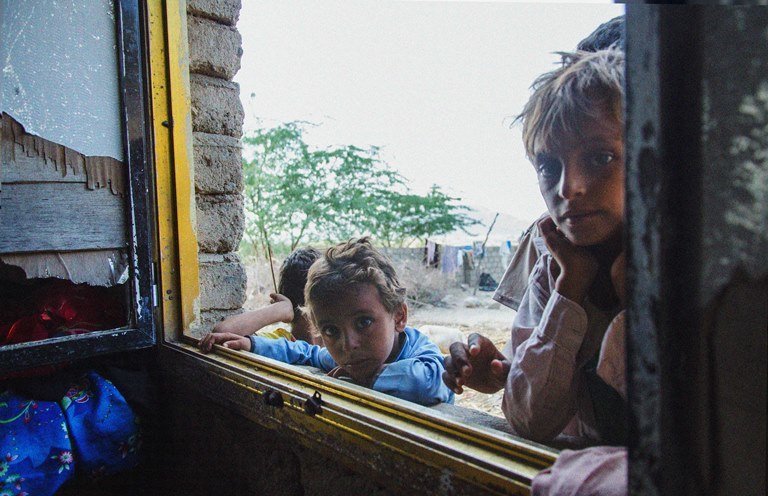 Looking at her children I notice her young daughter. In Yemen families often marry off their daughters at a very young age and I was happy to see that Nama hadn’t. But what she went on to tell me broke my heart. Now that they had lost everything she said, they couldn’t look after their children properly anymore and she was going to have to marry her daughter off as at least then she would have a husband to take care of her.

I come from Sana’a – Yemen’s southern capital city – and even I’m still so scared of the regular airstrikes; I run and hide in the basement whenever I hear them. But despite this, in Sana’a, I still live my life – there are things like Nutella and internet, but in these rural areas people have nothing. They have lost everything and even worse, nobody seems to be aware of it. The media focuses on cities like Sana’a and my visit made me realise how much the displaced, like Nama, need more exposure and attention; the women especially.

Women are the ones who carry heavy burden and keep family together. I spoke to so many women and this is exactly what they told to me. They were so young but when you look at them they’ve aged so early, tired and exhausted.

If this conflict continues Yemen will become a country full of women old before their time, and young girls married off just for survival.

To help us ensure we can respond right away, CARE Canada has set up the Emergency Response Fund (ERF). The ERF is not restricted to a particular emergency or country, which means we can use these funds where help is needed most, often before the public is aware of an emergency and has begun to support us.