“We fled our home because we had nothing left.”

Shifaa’, 46, remembers only too well her family’s experience of the Syrian conflict in their hometown near Dar’a, in southern Syria.

“Our village had a population of 25,000 people. We were besieged and starved. We did not even have bread to eat. If you had dry or rotten bread, you were lucky. Anyone who tried to leave the village was killed by snipers. We waited one night until it was dark and walked for hours to another village where we spent a month, but the situation worsened, so we left Syria.”

The situation for Shifaa’ and her family, living in the outskirts of Zarqa, Jordan since May 2013, is not much better.

Shifaa’s apartment is covered with mold, and flakes of paint are peeling from the walls. However, they need to stay because they cannot afford to pay more than their current rent (approximately $238 CAD).

“We are three families in this apartment, mine and my two sons’. We have no source of income because, as Syrian refugees, we cannot work here.” Non-Jordanians must obtain a costly work permit for limited work options. Most Syrian refugees cannot afford the application fee.

Shifaa’ cannot make the necessary repairs in her apartment because when the money they earn does not cover even the most basic needs. “Sometimes we pick Molokheya leaves (a traditional dish that consists of green leaves cooked with water and meat) at home for vendors. We would spend 12 hours or more picking between 100 to 200 kilograms, only to earn $10.00 CAD at the end of the day. We receive monthly food vouchers of $20 CAD per person from the World Food Programme, but that is never enough. I can only afford to cook soup and some fried tomatoes.” 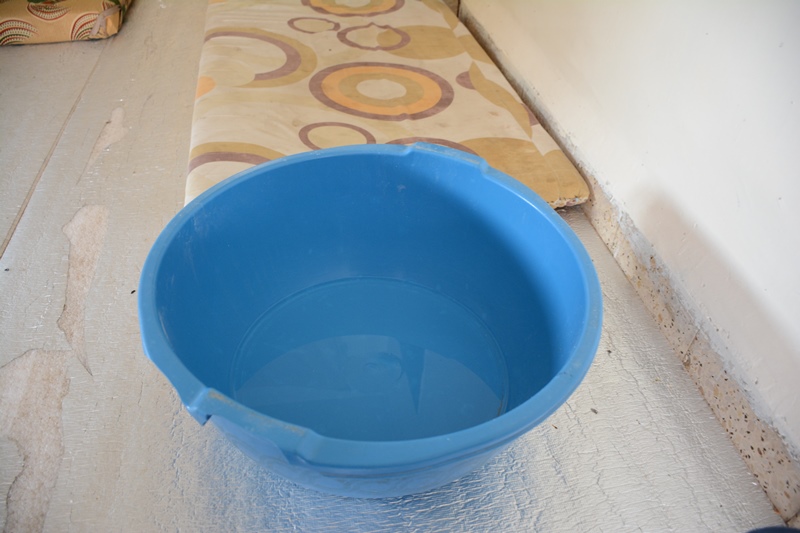 The apartment’s ceiling is dripping and the windows and doors do not shut properly, leaving the house subject to flooding. “This basin collects the water that drips from the ceiling. We use the same basin to wash our clothes manually. Every time it rains our house is flooded,” says Shifaa’.

“We only have one gas cylinder and a small cooker,” says Shifaa’. “We use them for heating, cooking, and boiling water for showering. We don’t have any other source of heating, so during winter nights we all sleep in the same room to keep each other warm.”

When asked about how they manage their daily needs, Shifaa’ looked away. “Please do not ask me that. Only God knows.” In many cases Syrian refugees resort to begging to cover their pressing needs. 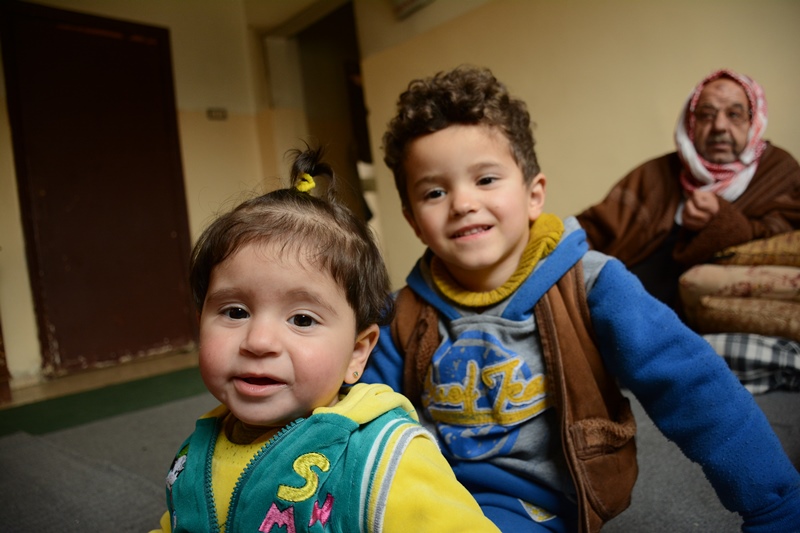 “My husband suffers from two slipped disks, one in his neck and another in his back, and has lost most of his teeth so he can only eat soup and minced food,” says Shifaa’ of Riyadh. “He also suffers from diabetes, so he needs to go to the bathroom frequently. Our exile and the deterioration of his situation resulted in depression, so I bought him medicine that he was prescribed.”

Other than his anti-depressant, Riyadh does not take any medicine.

“We cannot afford to buy medicine. We do not receive any support, medical or financial. The only organization that helped us was CARE, and some of our neighbours.” Both Shifaa’ and one of her two sons’ families have received emergency assistance from CARE of $256 CAD per family. 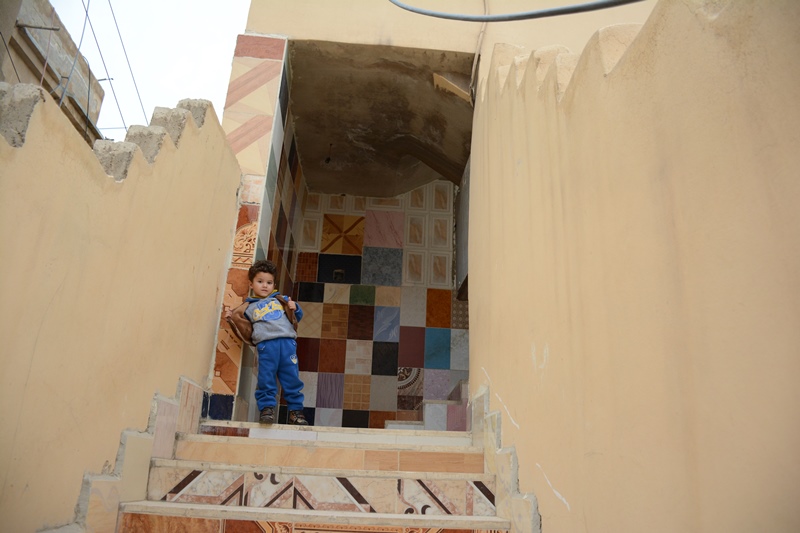 Hamzeh’s family has been recently assessed by CARE’s case managers and will be provided with winterization assistance of about $792 CAD.

“Although our situation here is very difficult, we are surviving,” says Shifaa’. “My youngest son Ghassan, 15, wishes to immigrate to Germany. He has stopped going to school since we came here, he was in grade 7 when we had to flee Syria and does not want to study here because he feels frustrated and psychologically tired. I hope he gets to immigrate to find a better future.”

But do the rest of the family members want to migrate?

“Even if we get the chance, we don’t want to go anywhere else. We speak the same language as Jordanians, we share the same culture and the same religion, and we have so much in common. If we go to a far country how would we communicate, or survive? Once the war in Syria is over we will return home. We have been welcomed here, people have tried to do their best to help us, but there’s no place like home.”

You can help a Syrian family in need.