‘What We Left Behind’: Photo essay from inside Syria

The crisis in Syria is now in its fifth year and has evolved into one of the largest humanitarian crises in recent decades, destroying the homes and livelihoods of millions of Syrians.

In Jordan, Lebanon, and Turkey, CARE employs Syrian refugee volunteers who serve the refugee community in a variety of capacities, such as hygiene promotion, information sharing, and trainings in protection issues including early child marriage and gender-based violence. Even though refugees have fled their country, many continue to have intermittent contact with family and friends who remain in Syria, using social media and smartphones.

These photos, a collection of images from Syria, are an illustration of the life Syrian refugees left behind, images shared with CARE Syrian refugee volunteers, as captured by their relatives and friends who have remained behind.

The photographs expose the ongoing destruction of a country, once home to an estimated 22 million people, more than half of whom are now displaced. The photos are a telling reminder that life continues, albeit a difficult, and at times near impossible one. Yet, despite obstacles in humanitarian access, and fears around protection, CARE partners are working hard to implement programming on the ground in areas across Syria.

As we enter the fifth year of the crisis, CARE calls upon all parties to the conflict and the international community to redouble their efforts in bringing an end to the violence that has left 12.2 million in need of assistance, and 7.6 million people displaced, inside and outside Syria. The world must not watch this pass into yet another year.

*Names have been changed and locations are not disclosed to ensure people are protected. All photos are credited to CARE.

Following a traumatic episode in which multiple people were killed in front of his home, Ibrahim, 8, lost his ability to speak. The family fled and is now living in a camp for displaced persons. CARE and its partner organizations are supporting families inside Syria with cash vouchers, blankets, hygiene kits and improved access to water and sanitation. 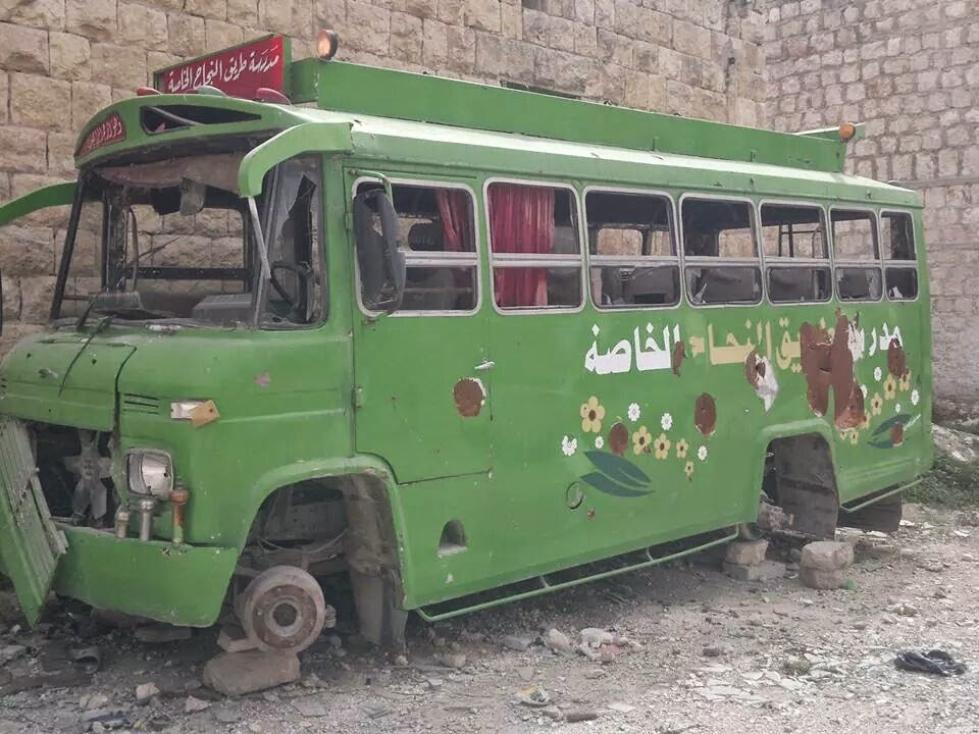 Once a school bus used to transport elementary school children to class, it is now another casualty of conflict, a symbol of education denied. Like the school it served, it is now abandoned.

The inscription on the bus reads: “The Road to Success” 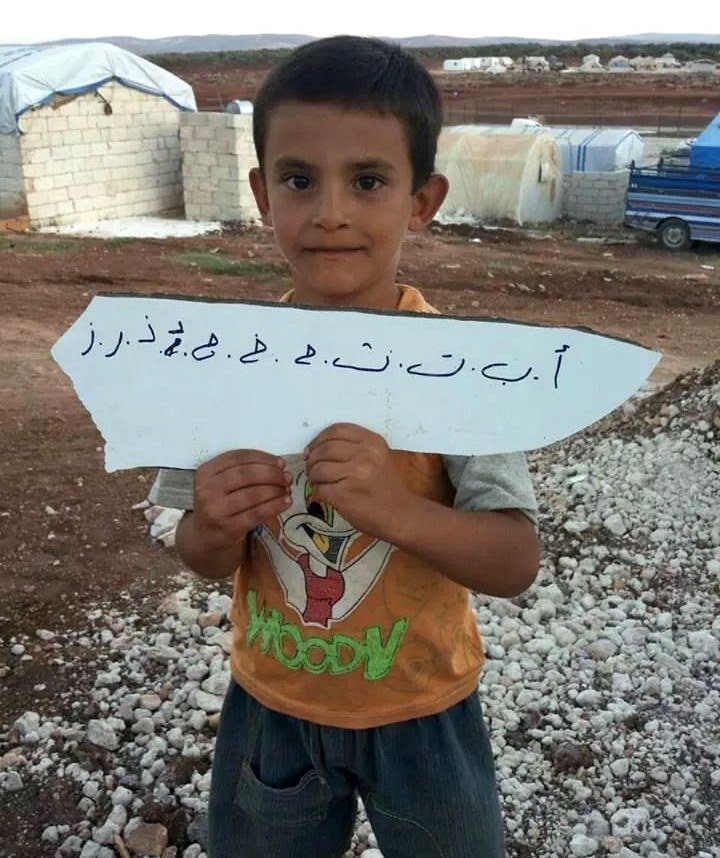 A boy displays for relatives a board with the Arabic alphabet he is learning on his own. Displaced by the conflict, he and his family now live in an informal settlement in Syria. More than 40 per cent of children are no longer able to attend school.

In cities across Syria, people have been forced to flee their neighbourhoods, often moving multiple times, due to the bombing raids. One Syrian refugee volunteer with CARE moved his family 11 times before finally escaping Syria. In this street, several homes were only partially affected by the bombardment, others, like this boy’s home, were completely destroyed.

Mohammed*, right, was a university student studying economics. He was in his second year of studies when his family was forced to flee their home due to the conflict. His brother was in his fourth year of pharmacy studies and his sister was preparing her master’s thesis in physics. 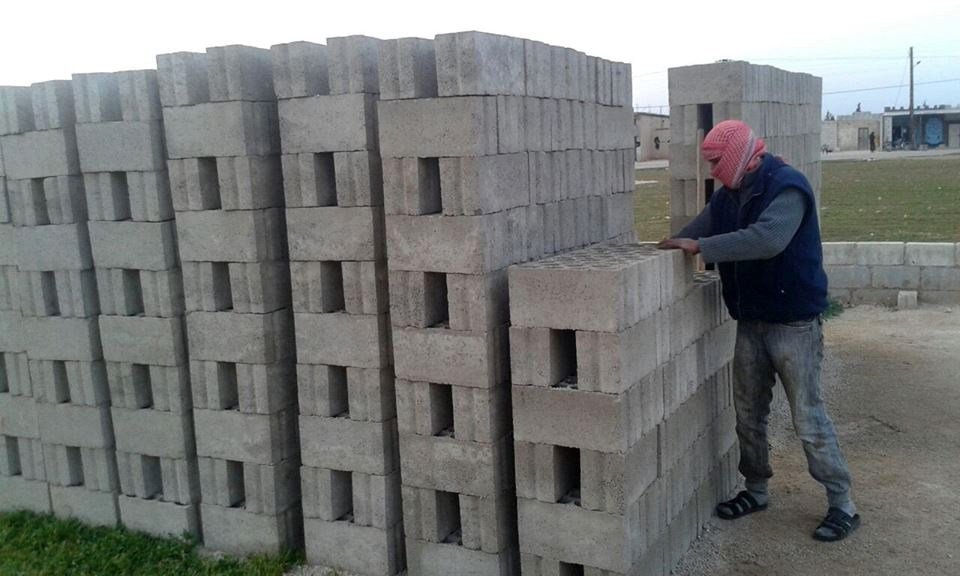 “I tried going to Lebanon to work there, but there are millions of Syrian refugees there now and the situation was more difficult than I had thought,” says Mohammed. “The only solution we found was to work at a small construction shop in the village that we have come to. I earn a living for my family by lifting heavy bricks and tools. My work requires a lot of physical effort that I was not used to, but this is the only option I found. We need to work not only to provide for my family, but also to help my 19-year-old brother who suffers from tuberous sclerosis. He needs a daily medication that we are very afraid of not being able to find one day.” 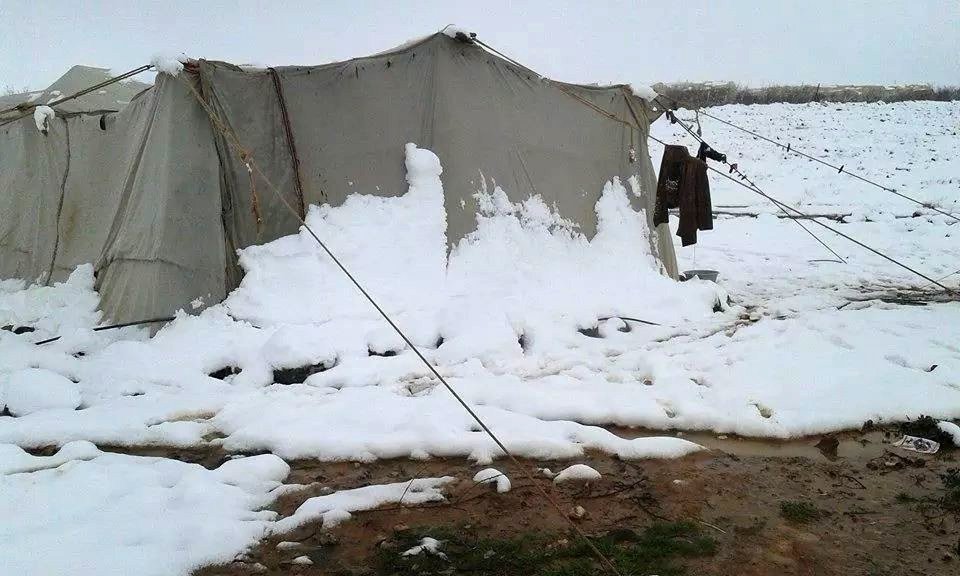 Displaced by violence that has often destroyed their homes, many Syrians are living in tents in one of hundreds of informal settlements inside Syria. Millions of Syrians have been living with little to no access to humanitarian aid after being displaced from their homes. This informal settlement was covered in snow in the latest snowstorm that hit Syria and the region in late February, leaving Syrian children, women, elderly, and men to endure below-zero-degree temperatures.

Relatives inside Syria complain that one of the biggest difficulties Syrians are facing inside is a lack of access to fuel. Displaced Syrians outside a village line up for fuel they need to heat their homes. During the winter months, temperatures in Syria and the region can drop below freezing, and while fuel is the first means for heating, many people in Syria today cannot access it due to scarcity and high prices.

Due to scarcity of fuel, many Syrian families in this village have reverted to using branches or scraps of wood for heating. These children spend their winter days looking for wood that the family will burn for warmth. 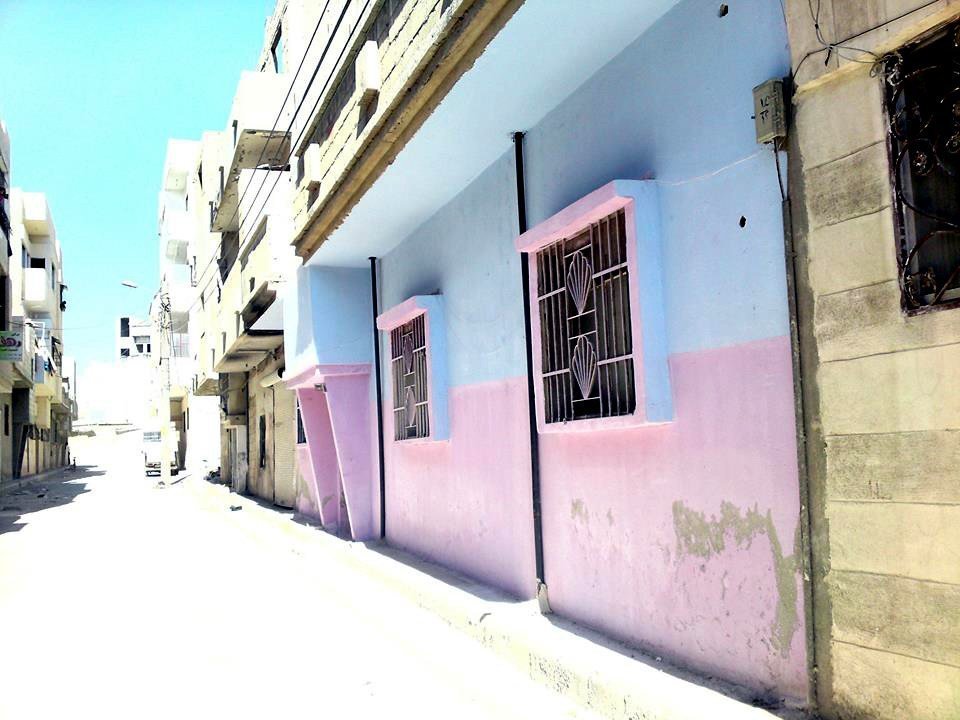 This is the last photo that Ali took of his house before it was destroyed. “Before leaving our house in February 2012, I never thought I would leave it for this long, and that the only image I would have left from it would be in my phone and in my memory,” says Ali. “I held my camera, and started taking pictures of every room, every corner of the house. I had lived there my entire life. Despite not expecting to leave the house for good, something in my subconscious was telling me to contemplate it for as long as I could, as if I would never return to it. A few days later, the house was set on fire, and my father was killed in front of my eyes.”

Ali’s 19-year-old only brother Mohammed also died in the conflict. Ali used to study mechanical engineering at the university, but due to the crisis he could not continue his studies, leaving his future unknown.

Dima and Raghad have been deprived of their father who went missing more than two years ago while on his way to work. The family has not heard from him since. Their grandmother, seated with them, is their main caregiver, helping their mother who has been distraught by the lack of news of her husband, in addition to her brother and nephew who were killed in the violence, and another brother who is also missing. Currently, the family lives in a village that lacks security and basic services.

Syrian villages are being bombed on a daily basis. This village is home to many internally displaced Syrians who have fled from other cities and villages. Despite it not being safe, it is relatively safer than other parts of the country where these people have come from. 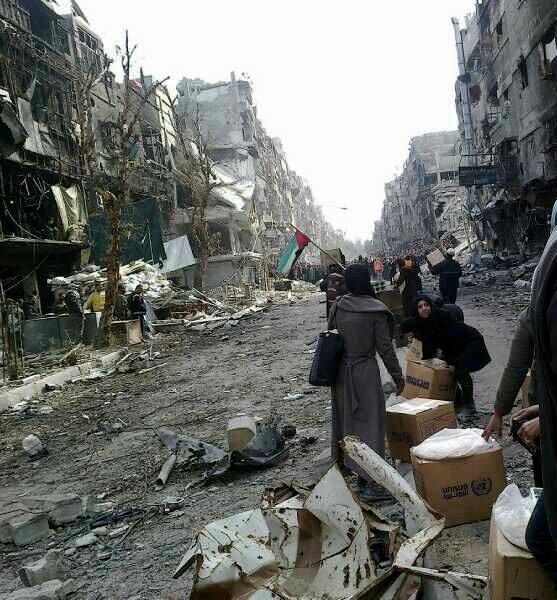 In the besieged Palestinian refugee camp of Yarmouk, in Damascus, the United Nations Relief and Works Agency (UNRWA) distributes aid to Palestinians trapped in the camp which has endured several sieges over four years of the conflict.

“You can see how all the houses have been destroyed, and the trees have turned to wreckage,” says a Palestinian-Syrian serving as a volunteer at CARE now, describing the photo shared with her by a relative who stayed behind.

CARE is supporting thousands of people affected by the ongoing crisis in Syria. You can help.