10 things you might not know about how CARE delivers aid

From camels helping deliver aid, using bees to adapt to climate change, and reaching millions of people worldwide – we dug into our archives to find a few facts you might not know about CARE’s emergency efforts…

With on-going programs in many of the world’s most disaster-prone countries, CARE has emergency response experts already on the ground – 97 per cent of them are citizens of the countries where we work. CARE also has a team of additional emergency specialists ready to immediately deploy from around the world. 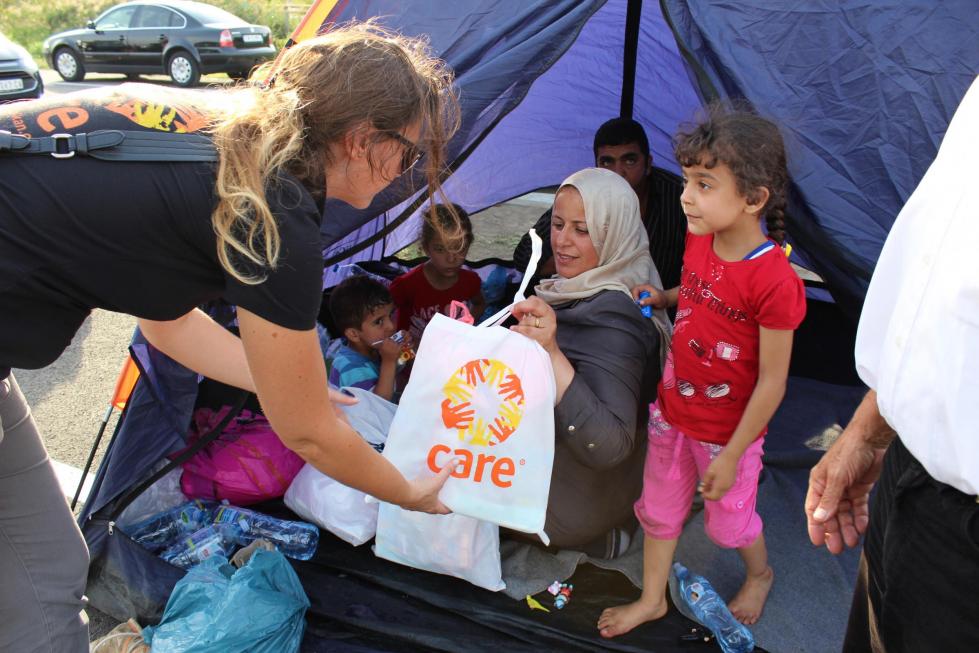 Every year, CARE distributes emergency supplies to hundreds of thousands of people who have been affected by emergencies like natural disasters, conflicts, etc. Alongside basic relief items such as blankets, kitchen items and hygiene sets, CARE also distributed small heaters to Syrian refugees in Jordan last winter, rubber boats to help flood-affected families during flood relief in Thailand and coloured pencils and pencil sharpeners to school children recovering from the 2010 earthquake in Haiti. 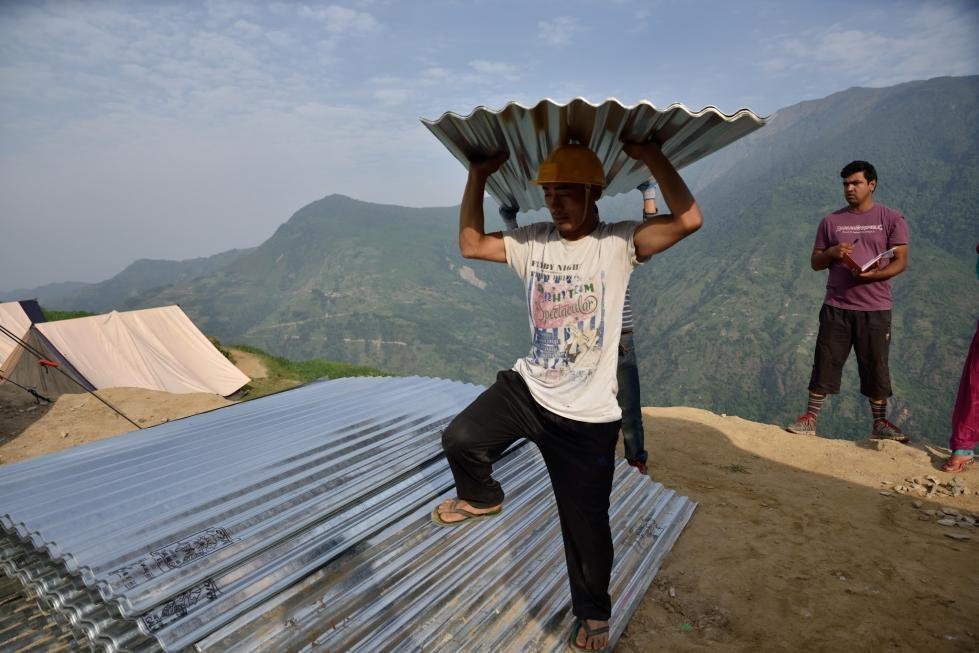 CARE provides temporary or transitional shelter after they became homeless through a disaster. When we support families to find shelter we are doing more than just providing walls and a roof – shelter helps families recover from emergencies by providing security and dignity, protecting health and supporting access to clean water. 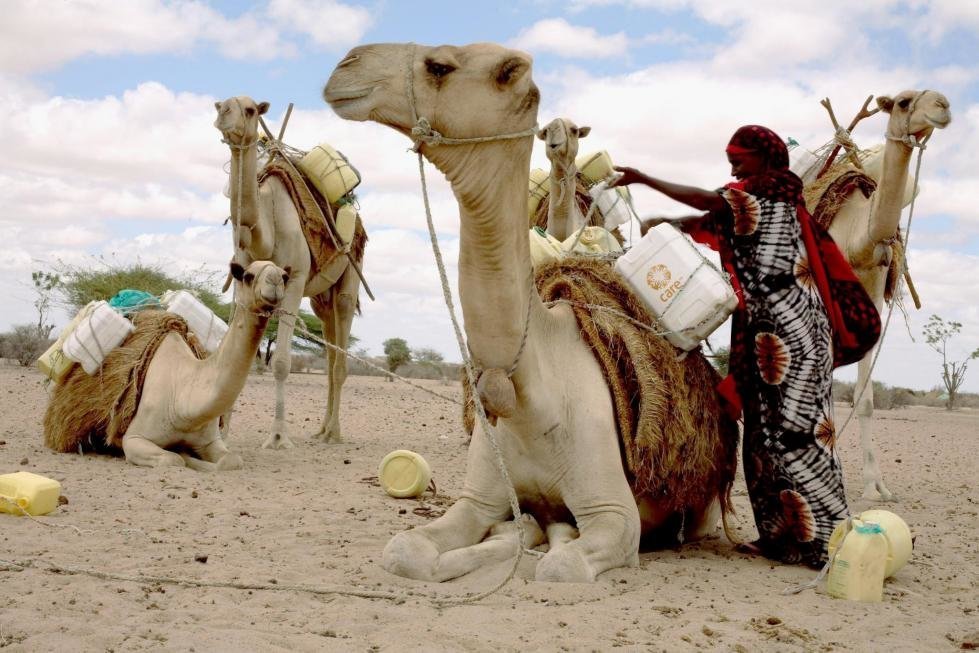 CARE’s efforts to transport aid effectively across tough terrain to reach the isolated or vulnerable communities has led to a variety of methods for delivering relief items – from elephants in Sri Lanka to camels in Pakistan. 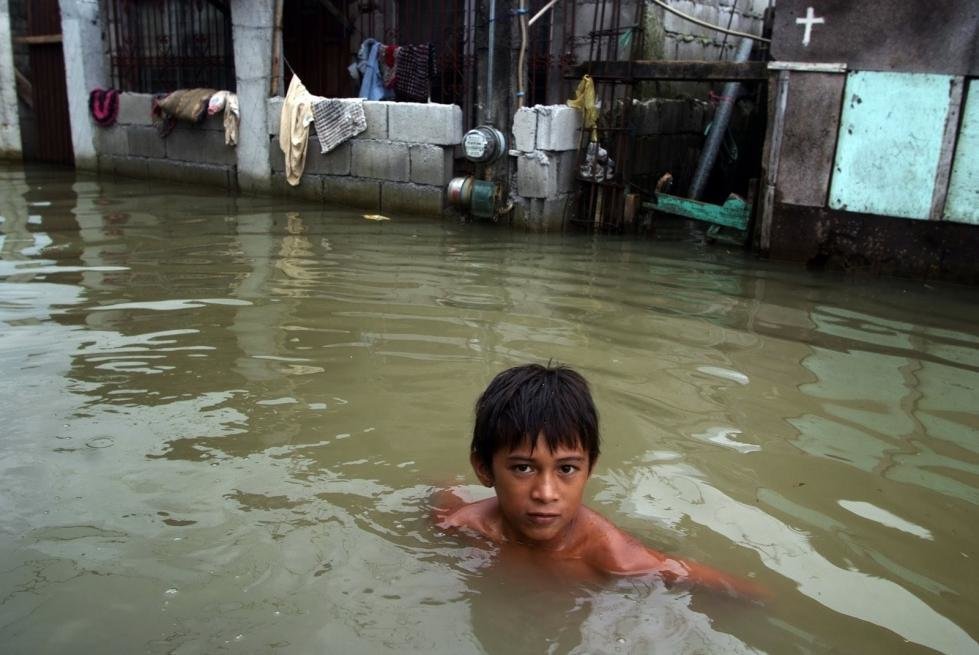 5. The first country within the southern hemisphere where CARE started work:

In 1949, CARE began work in the Philippines, launching our first program in the developing world. Some of our most successful work in the Philippines has been in the fight against bird flu. We work with a local partner organisation to help people in the Mindanao region to prepare for, and respond to, the avian flu virus. 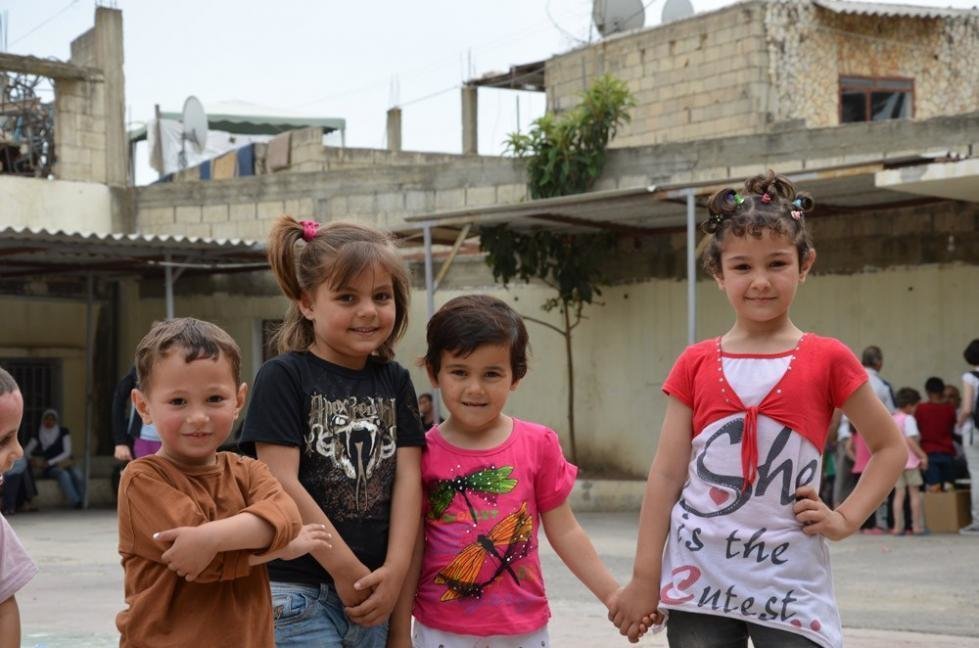 6. The most recent country where CARE is working:

Lebanon, where CARE is assisting Syrian refugees. Our efforts began in Jordan, but we are also on the ground in both Egypt and Lebanon, working with partners to help refugees and local people. In Lebanon, CARE is planning to meet approximately 100,000 refugees’ and vulnerable local people’s most basic and pressing needs, and ensure support for local communities that have been overwhelmed by the crisis. 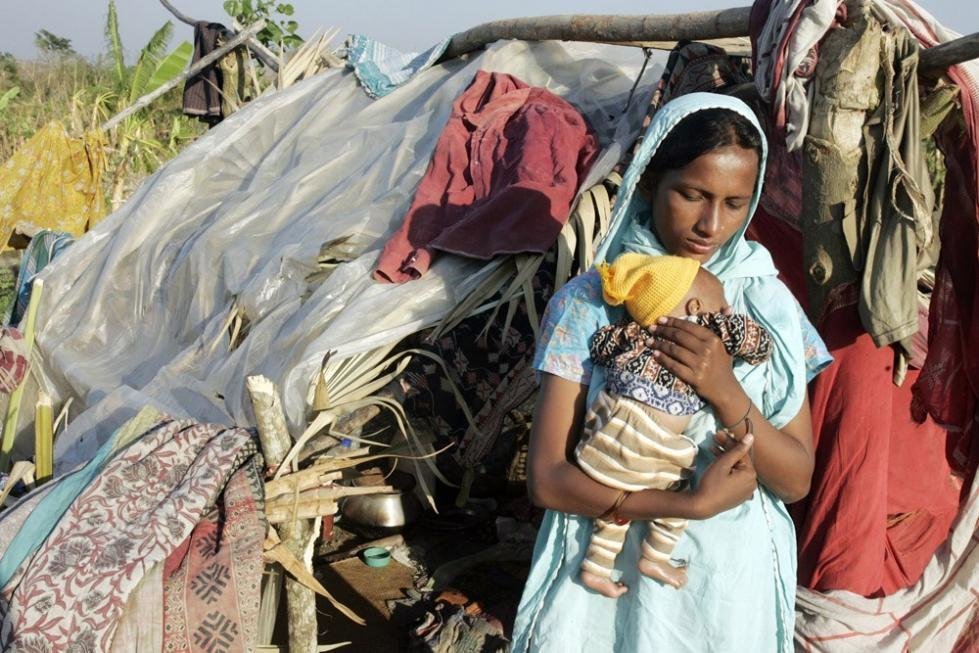 7. The Asia-Pacific is one of the world’s most disaster-prone regions:

Natural disasters cause more deaths and damage each year than in any other single area, in part because of the number of people who live in precarious conditions or are otherwise vulnerable. In 2005-2010, CARE responded to more than 45 emergencies in 17 countries across the region, which affected more than 100 million people. These emergencies included the 2005 Pakistan earthquake, cyclone Sidr in Bangladesh in 2007 and cyclone Nargis in Myanmar in 2008.

8. Fending off drought, with bee-keeping:

Droughts are predicted to increase. CARE looks at ways to help people and communities adapt to climate change and become more resilient against the effects of extreme weather. Ethiopian farmer Mohammed (pictured) received training from CARE on how to fend off drought with bee-keeping – diversifying his main sources of food and income. By adapting and engaging in farming that can withstand drought, Mohammad’s family can protect themselves from recurring disasters. 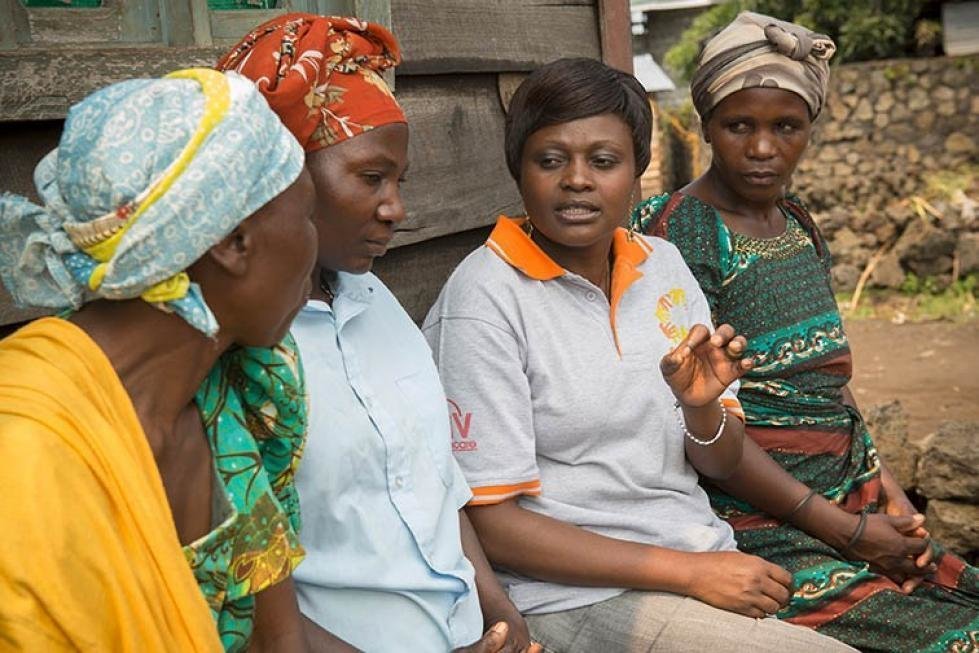 9. Addressing sexual and gender based violence:

In 2012, more than one quarter (26%) of CARE’s projects addressed sexual and gender based violence. For example, CARE gives cash vouchers in the form of pre-paid SIM cards to survivors of sexual violence in the DRC, which allows women to withdraw money in smaller amounts as it suits them, and means it is safer than keeping cash on them in the internally displaced camp. 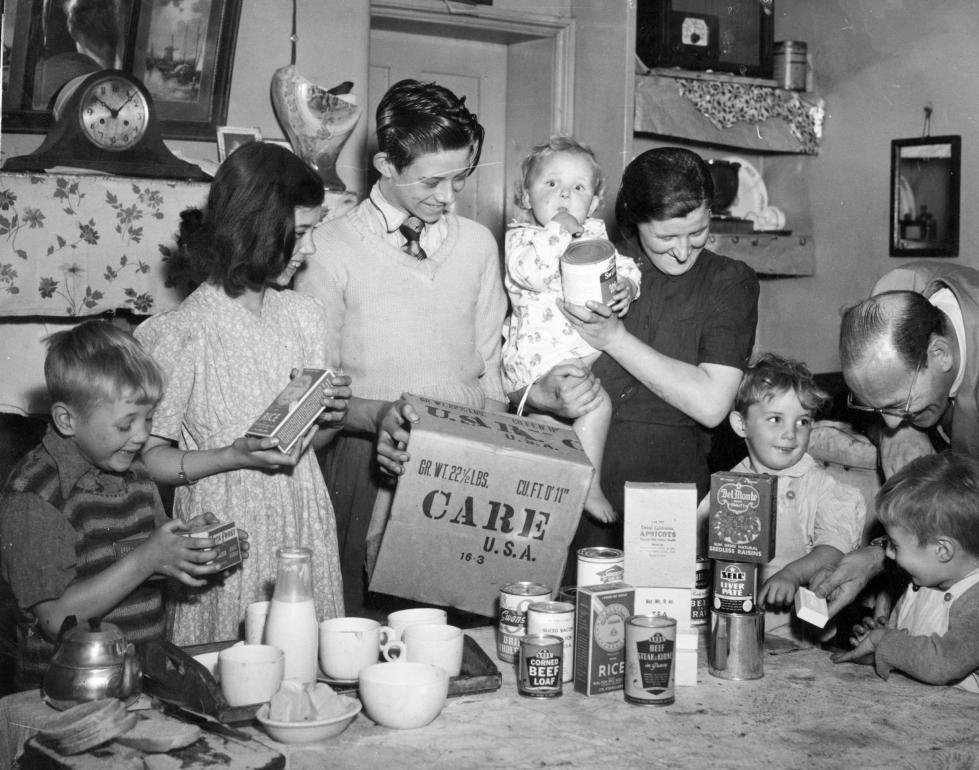 On May 11, 1946, the first CARE packages were distributed in war-battered Le Havre, France. Since then, CARE has sent over 100 million CARE packages to people in need around the world.

In February 2012, a tin of lard from a CARE package was found in pensioner Hans Feldmeier’s cupboard and proved to still be edible over six decades years later!

Whether we’re responding to a natural disaster or supporting refugees fleeing from war, our work focuses on ensuring people have enough food to eat, clean water and proper sanitation, a roof over their heads, safety from violence and assistance for their specific health needs. Learn more.