Pregnancy is a thrilling time for most expectant mothers in Canada.

Beyond the excitement, it’s normal for any woman to feel a little trepidation about her coming arrival. But thanks to our modern health care system, women can regularly meet their practitioner for prenatal checkups and receive critical information to ensure a healthy pregnancy and promote a safe birth and healthy baby.

But imagine what it must be like in a country where such services aren’t always available. According to the World Health Organisation (2013), more than 13 per cent of women of reproductive age die of maternal causes in Tanzania. In Canada, that figure is 0.8 per cent.

Thanks to the support of Canadian donors and the Government of Canada through the Department of Foreign Affairs, Trade and Development, CARE’s Tabora Adolescent and Safe Motherhood (TABASAM) project is working to safeguard women’s health during pregnancy, childbirth and the postpartum period in Tanzania.

Working with the Tanzanian health ministry, TABASAM supports the work of nearly 1,000 community health workers in the Tabora region. These volunteers provide maternal and reproductive health education to their communities by informing pregnant women and their families about the importance of giving birth in a health facility as well as the need to visit health centres at least four times before labour.

CARE also works to empower women by improving their knowledge of nutrition, family planning and promoting their decision-making power regarding their own health.

Below are the stories of some women I had the privilege of meeting during a project monitoring visit with our team in Tanzania:

Anastasia Shimba was all smiles when CARE’s team visited her, on what happened to be her son Godfrey’s seventh day of life.

The 24-year-old has a form four-level education (approximately 11th grade), and took a two-year course in order to work at a pharmacy in the community, where she worked until giving birth.

CARE-trained community health worker David Kingi recommended that she attend prenatal visits, which she says she found important because she learned about good nutrition and how to stay healthy during her pregnancy.

She received health education, found out about her HIV status, learned about her baby’s health and was able to advise other women on the importance of receiving this information. She also received free mosquito nets and malaria prevention drugs.

She says she trusted David to provide her with maternal health information because she had seen him do that work with others and was told that he helps prevent maternal deaths. 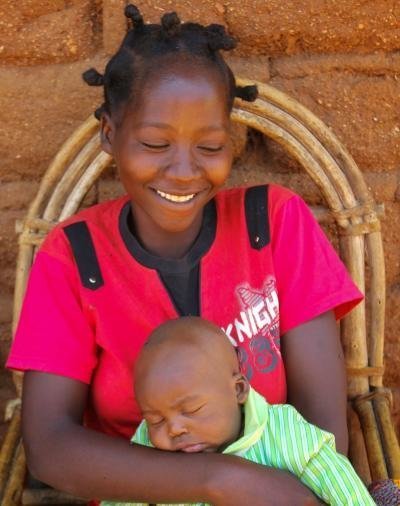 Zena Sare, 19, became pregnant while she was in school (approximately 9th grade). She has left school now, but would like to go back when her son Karori reaches his first birthday.

She says she enjoys studying and hopes to one day become a teacher.

Her CARE-trained community health worker told her about the importance of prenatal visits and that’s why she attended diligently.

Zena says the services she received were good and she most enjoyed the information on her health during pregnancy and how to take care of the baby.

Her partner attended the first prenatal visit with her and has continued to take financial responsibility for her and the child since he learned she was pregnant. Zena says she knows about family planning and its importance and she and her partner have agreed to have no more than three children in the future. 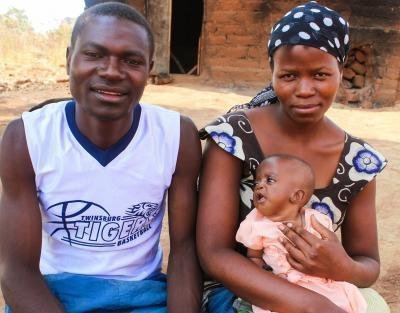 Tatiu and Abdallah are thrilled to share their lives with their second child, daughter Ratifa, who is now eight months old.

Tatiu delivered baby Ratifa problem-free at the hospital, after following her prenatal care schedule as directed, thanks to a CARE-trained community health worker.

The service provided was good and she said she was happy with the visits. Tatiu said her knowledge had increased during this pregnancy compared to her first, since she learned about nutrition issues from her community health worker. 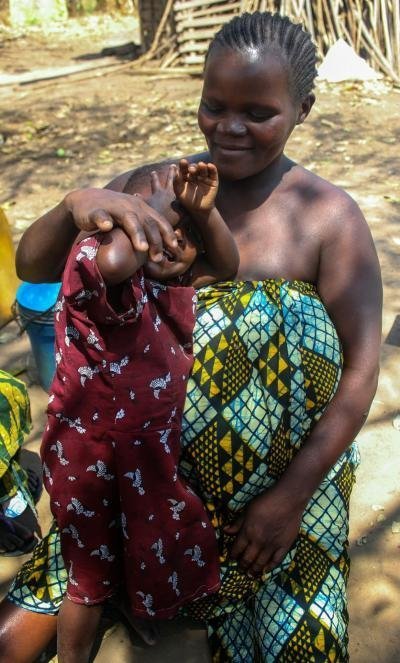 She has already had three visits and her fourth is scheduled for later this month.

At 36 years of age, Doto is the mother of 10 children, her eldest being 20 years old. Most of her past births have been at the dispensary, a basic health clinic in her community. There were instances in the past when she didn’t have the time to make it to the clinic, in which case she gave birth at home.

Doto says education from her CARE-trained community health worker has helped encourage her attendance to the prenatal visits and she is confident she’ll have a healthy delivery.

With regards to the education she’s received from her community health worker, Doto says it has helped her identify danger signs in pregnancies. She has also decided to no longer have any more children and her husband agrees. They want to use family planning, but don’t know very much about it; she says she will go to the dispensary to learn more after giving birth.

Thanks to your support, our projects have made a huge impact, but there’s still more work to be done.