Humanitarians risk their lives for a better world 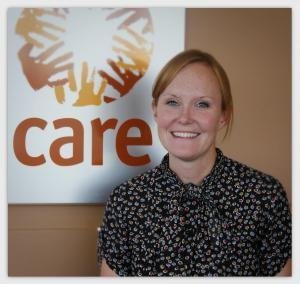 One of the most inspiring people I have ever met is a professor named Dr. Gil Loescher.

Not your typical academic, his commitment to going out in the field to meet and write about refugees long-forgotten greatly influenced my work.

Today is World Humanitarian Day. It marks the anniversary of August 19, 2003, in which 22 people were killed and about 150 injured in a massive car bomb targeting the UN Headquarters in Baghdad, Iraq.

Dr. Loescher was amongst those seriously wounded.

This devastating attack shook the humanitarian community to its very core, calling into question the sacred tradition of protecting those who seek to help in times of crisis.

Ten years later, World Humanitarian Day continues to pay tribute to humanitarian personnel who have lost their lives in the line of duty and continue to take substantial risks to deliver assistance to those most in need.

Personally, World Humanitarian Day is a chance to celebrate my colleagues and peers and reflect on the changing nature of humanitarian action and the highly insecure world in which we now work.

Civilians are increasingly caught in the cross-fire and have become direct targets of messy, complex and fluid wars. In 2008, the number of attacks in which aid workers were killed, kidnapped or injured had risen significantly since the late 1990s, ultimately changing the way humanitarian assistance is delivered.

While the end of the last decade saw a slight decline in security incidents directly targeting aid workers, 2011 marked the highest number of humanitarians killed, kidnapped or wounded yet recorded.

As these statistics remain high, we are also seeing a declining presence of humanitarian personnel in the most insecure places.

According to a 2011 Aid Worker Security report, “simply stated, in these places, fewer aid workers are on the ground to be attacked.” This is particularly worrying, as it means that conflict-affected communities in the most insecure areas are receiving less support.

Even more concerning is the increasing number of national staff and local partners at risk. These brave aid workers often take the biggest risks to serve their own communities in remote and dangerous zones. However, all too often, we hear only about the expatriates killed or kidnapped, despite the fact that national staff and local partners comprise the vast majority of victims each year.

So for me, World Humanitarian Day is a chance to remind people that humanitarian aid workers are also mothers, fathers, partners, sisters, brothers and friends.

They are field officers and program managers, but they are also drivers and secretaries, proposal writers and finance officers, academics and policy makers.

They come from all walks of life, but share a common vision to help those most in need in some of the world’s most forgotten places.

And they do so at great risk to their own lives.

Sometimes my family and friends ask me why I work in the humanitarian field, given these risks. My answer is simple: we have a duty to do what we can, to try our best to reach those most in need.

Ten years after the Baghdad attack, Dr. Loescher continues to play an important leadership role in the humanitarian community, fighting for the needs of refugees in some of the most protracted and chronic conflict situations around the world.

In an article reflecting on the hideous 2003 bombing, he said, “We must take from this tragic event a renewed sense of commitment to doing whatever small things we can to try to repair our damaged world.”

I cannot agree more and I thank our team of dedicated humanitarian professionals at CARE for their small part in repairing our damaged world. I wish them safe and uneventful travels as they set out to help those in need.

Whether we’re responding to a natural disaster or supporting refugees fleeing from war, our work focuses on ensuring people have enough food to eat, clean water and proper sanitation, a roof over their heads, safety from violence and assistance for their specific health needs. Learn more.