Written by Tom Newby. Tom has led CARE International’s emergency shelter team since December 2013. At the time of writing, he was visiting communities in the Philippines recovering from Typhoon Haiyan.

After natural disasters, the phrase “Build Back Better” is a constant refrain from politicians, donors, aid agencies and the media. This short, alliterative phrase has captured the imagination, and seems at first glance to be a simple, powerful and necessary principle.

But is it the best message about what we do?

Sitting on the panel of a recent event at the Overseas Development Institute looking at the response to Typhoon Haiyan/Yolanda in the Philippines, I said that CARE doesn’t use “Build Back Better,” and, for want of a better phrase, we prefer “Build Back Safer.”

Why is this, and what could possibly be wrong with building back better?

For the comprehensive answer, the best thing you can do is read The Meaning of ‘Build Back Better’: Evidence From Post-Tsunami Aceh and Sri Lanka. It’s behind a paywall though, so here’s a shorter explanation.

Evidence from a succession of disaster responses has shown that the simple rhetoric of building back better is extremely difficult to apply in highly complex situations. While better sounds good, it means very different things to different people.

The media tend to represent it as building houses that will never again fall down in a storm, earthquake or flood. Earthquake-proof, wind-proof and other guarantees are frequently mentioned. Unfortunately there’s no such thing (as evidenced by the consequences of Hurricanes Katrina and Sandy in the US and the 2012 tsunami in Japan – even the best-prepared, richest nations cannot build strong enough to resist all hazards).

Humanitarian aid workers tend to think it means reducing risk and increasing resilience: building stronger homes in safer places, with access to sustainable livelihoods, health and social services, and involving and ensuring the protection of men, women, girls and boys from any dangers they may face.

But many disaster-affected people, when told someone is going to (help them) build a better house, might think of modern materials like concrete or masonry instead of timber, or mud, or wattle and daub.

And who is to say they are wrong? We, as aid workers, here today and gone tomorrow, do not get to decide what is better.

There’s a strong ethical obligation on those who come to give help after disaster to be honest and transparent about what they can and cannot do, and what they will and will not do. The word better gets in the way of that. It raises very high expectations and leaves us unable to deliver what people think we have offered.

CARE International prefers to say that we will seek to “build back safer.” While not a perfect phrase, it is less ambiguous, easier to explain, and more accurately reflects what we can actually achieve with the funding and time typically available to us. 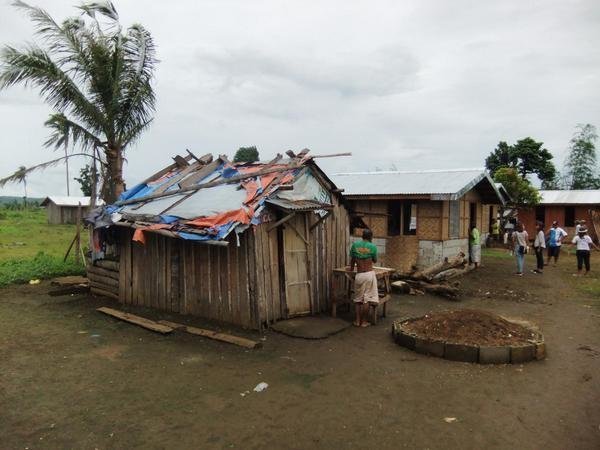 A firmer footing for the future

Building back safer involves building houses which have improved capacity to survive hazards, and working with the community to improve their ability to respond to and recover from shocks themselves.

It involves making achievable, steady, incremental improvements in the safety and resilience of communities and their infrastructure. It involves making people less vulnerable and putting them on a firmer footing from which they can continue to build what they know is better for themselves.

Learn more about CARE’s work in response to Typhoon Haiyan.

Coming together, one meter apart