On a warm night in late March 2015 at around 2am I was sleeping soundly when suddenly two deafening explosions awoke me with a jolt. The house shook and the windows rattled. I nervously ran to the window and saw the sky lit up with airstrikes and anti-aircraft missiles. The sky exploded continuously for about 10 minutes and sporadically throughout the night. Communications with my colleagues were completely cut off for hours. It is indeed sad to see what had been somewhat peaceful negotiations over two years turn into a very unexpected and very violent war.

Some may think I am describing the war that broke out in Syria five years ago, but I am not. I am describing a war that escalated one year ago in Yemen, but most of the world has no idea this war is happening and what humanitarian implications have resulted out of it.

Shortly after the airstrikes broke out in Yemen last year, I along with my international colleagues, were quickly evacuated to Amman. As our plane ascended, I remember the flight attendants crying and holding hands in fear that our plane could get shot down. I packed only a small bag thinking this war would be short-lived and I would only be gone for a few weeks, but I was gone for three months and the war is still going on a year later.

Before the war escalated, there were peaceful talks happening between Yemeni groups, and hope and excitement for a new Yemen. But March 2015 changed everything. All of a sudden the civilians of Yemen found themselves in the middle of an international war they did not ask for, and they are the ones paying the highest price.

The numbers are staggering. Over 21 million people are in need of assistance. That is 80 per cent of the population. There are over 2.5 million people displaced from their homes. That is one in every 10 Yemenis. Many people are losing their homes, assets and lives and trying to find safe havens. I met one man who had fled multiple times with his family from Sa’ada to Amran villages. Tears flowed from his eyes, as he shared how he, his wife and five small children had fled from their home in Sa’ada with nothing more than the clothes on their backs when airstrikes came raining down on his community. Now they’ve been wandering from one community to the next in search of support but with no luck. 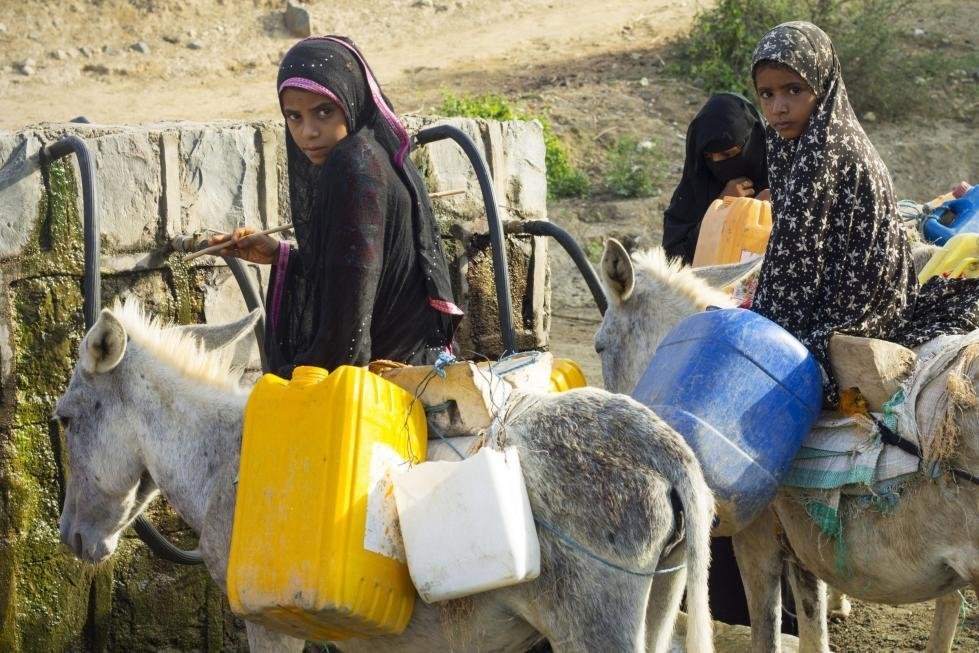 The suffering of the Yemeni people is becoming unbearable. Water is becoming extremely scarce. We visited a village in Amran where women and children told us that they get up at 4am or 5am in a cold and dark morning to wait in lines for water. Many of the neighbourhoods who did have running water beofre th conflict, now must depend on fetching water from water tanks, if they are available. Millions are going hungry and half the children are suffering from malnutrition. Food imports are limited sending prices skyrocketing beyond people’s affordability. Many people in Yemen are still living under besiegement where they cannot access clean water or food, and they are literally starving.

The needs are mounting, and it is time for the world to wake up and take action, before Yemen becomes the next Syria. Five years ago, when the Syria war broke out, the world turned a blind eye. We cannot let the same inaction happen with Yemen. If this conflict in Yemen continues for years on end, it could spill over Yemeni borders. We could see another massive influx of refugees risking their lives to jump in rubber dinghies in search of safety and security. We could see growth of lawlessness and armed groups. In essence, we could have a failed state, with serious implications at regional and global levels.

The longer this conflict goes on, the worse the impact on civilians and the stability of the region and eventually the world will be unable to ignore it any longer. The time is now for international powers to take action to pressure all parties to this war to reach a political solution before a one-year anniversary turns into a five-year anniversary with catastrophic global implications.

You can help provide life-saving support like food, water and shelter to families during emergencies.