Life moves on: One year after the Nepal earthquake

On April 25, 2015 a massive earthquake measuring 7.8 on the Richter scale struck central Nepal causing widespread destruction. It was followed by a number of aftershocks and then a second 7.3 magnitude quake on May 12, 2015, which resulted in even more casualities and greater damage.

CARE is working in four of the worst affected districts providing support to the most vulnerable families. Uttam B.K. and his family belong to the Dalit community in Gorkha – one of the hardest-hit areas following the earthquake. The family received support from CARE both before and after the earthquakes. This is their story of survival.

Uttam B.K. – pictured with his wife Sunita, daughter Amrita and son Bibek – and his family belong to the Dalit community in the Gorkha District of Nepal. The Dalits are considered to be of a lower caste, often discriminated against by the greater community.

Before the earthquake, the community lived in a beautiful village that was decorated with slates of stone and drew tourists. After the erathquake though, the village was declared unfit for construction as it remained vulnerable to landslides. The Dalits became landless. 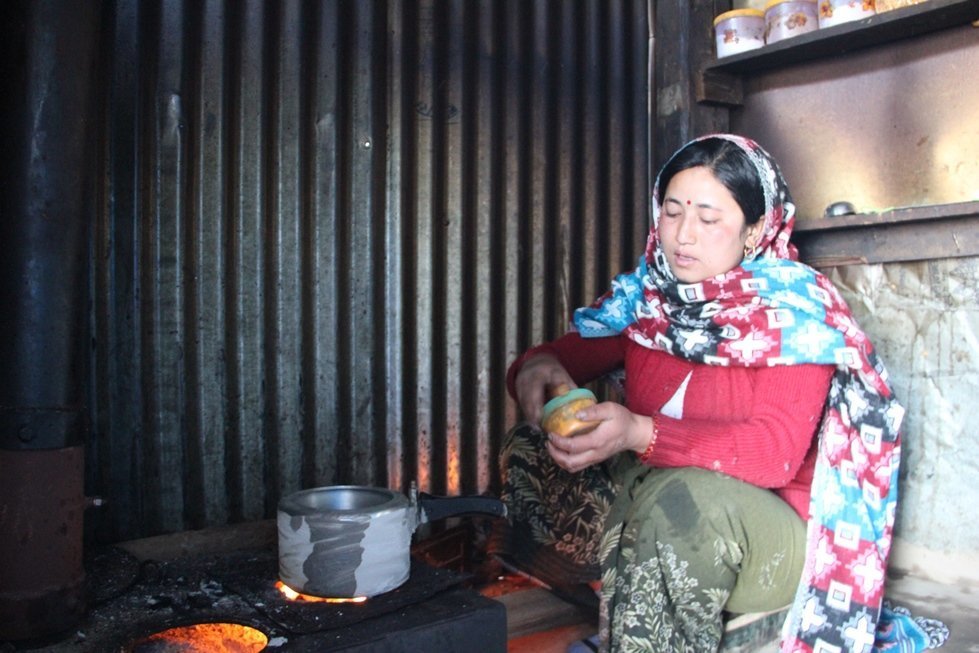 This past winter was very difficult for families like Uttam's as many had lost their homes and warm clothing. CARE providing warm clothes and blankets to the Dalits.

The fuel crisis in the country has also made life very difficult for people to cook and heat their shetlters, especially during the winter. CARE has distributed fuel-efficient stoves to help families conserve this precious resource, and provided warm clothing and blankets.

People also lost basic cooking supplies and essential hygiene items after their homes were destroyed and their possessions were burried in the rubble. Things that we as Canadians take for granted were a luxury for many families, but thanks to your donations, CARE was able to provide to families with these essential items. 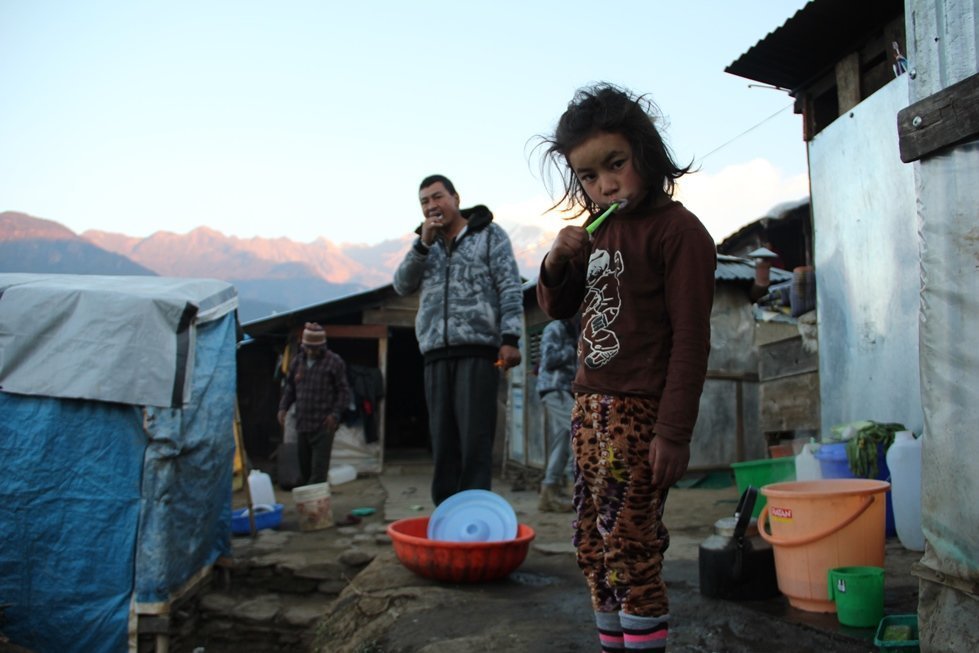 Along with fuel shortages, water sources have also been drying out, and a result, people are worried about what the future will bring.

Access to water is one of the most pressing problems facing the people in Barpak. Inidvidual households are not connected to water pipelines and because many have had to move, they do not have good water sources available.

Thanks to your overwhelming support however, CARE has been able to provide pipelines which are connected to a water tank that serves 120 households in the Dalit community. 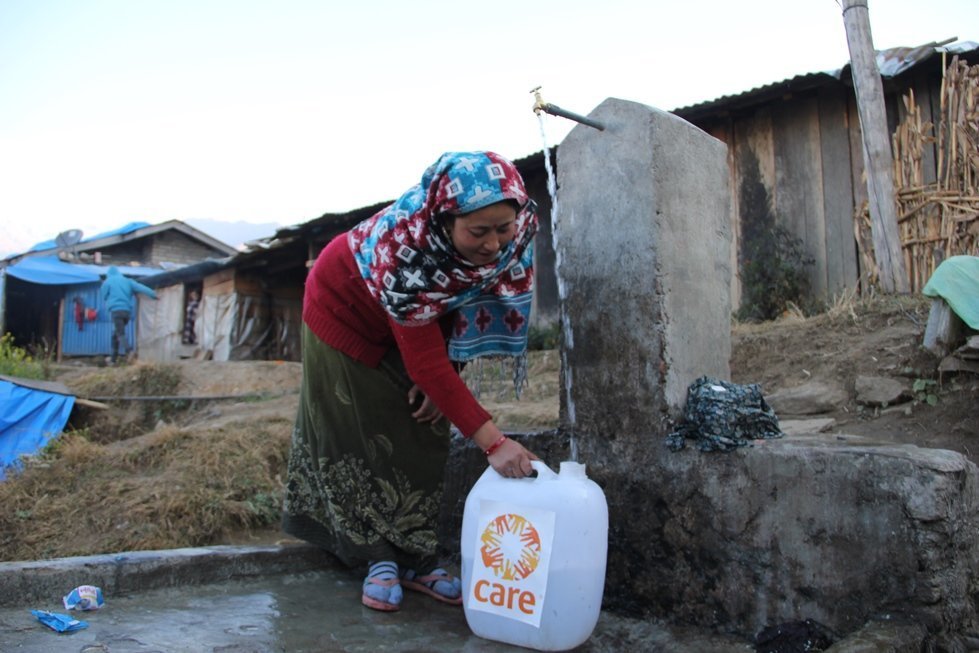 Uttam has dreams to make the community into a self-sustaining vegetable farm. He has already stared with his own plot, which Sunita also helps tend.

“Thankfully CARE has been supporting this dream of mine by providing training on vegetable farming, farming equipment and providing seeds,” says Uttam. 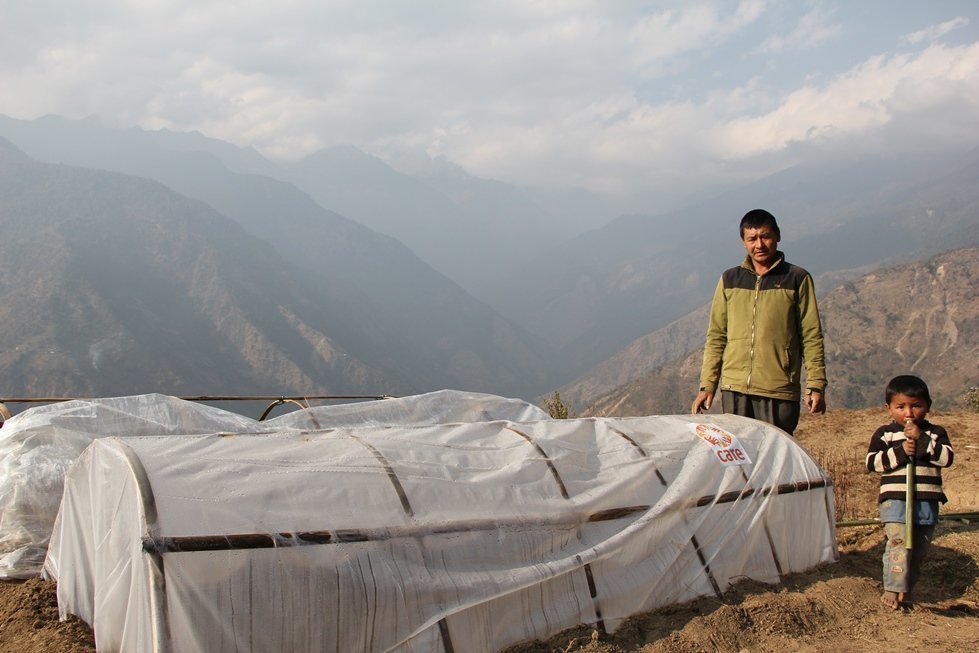