In Ntcheu district in southern Malawi, men and women line up for a month’s ration of food. Ncheu is one of the worst affected districts in the country. Already in 2015, nearly 3 million people in Malawi were in need of food aid. After a second consecutive dry season, the President of Malawi has declared a state of national emergency and drought within the country. As the government and aid organizations assess the situation, early predictions show that in 2016, up to five times the number of people have been affected by the dry weather and failed crops – an unprecedented number of possibly 14 million people – who will be in need as the year progresses. 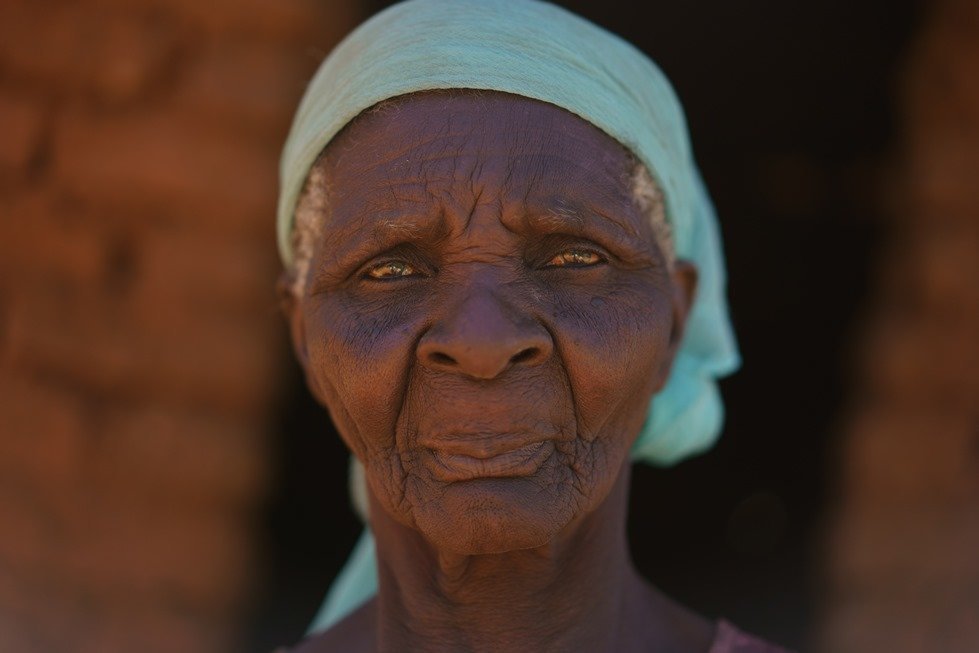 Esther Peter gave birth to and raised 10 children, all of whom tragically died of different diseases at different points in their lives. Now, at 75 years old, she finds herself raising 3 orphaned grandchildren and trying to provide for them. With the last 2 seasons of drought in southern Malawi, she is having to turn to aid agencies such as CARE in order to be able to do so. She receives monthly distributions of maize, beans, pulses and cooking oil. 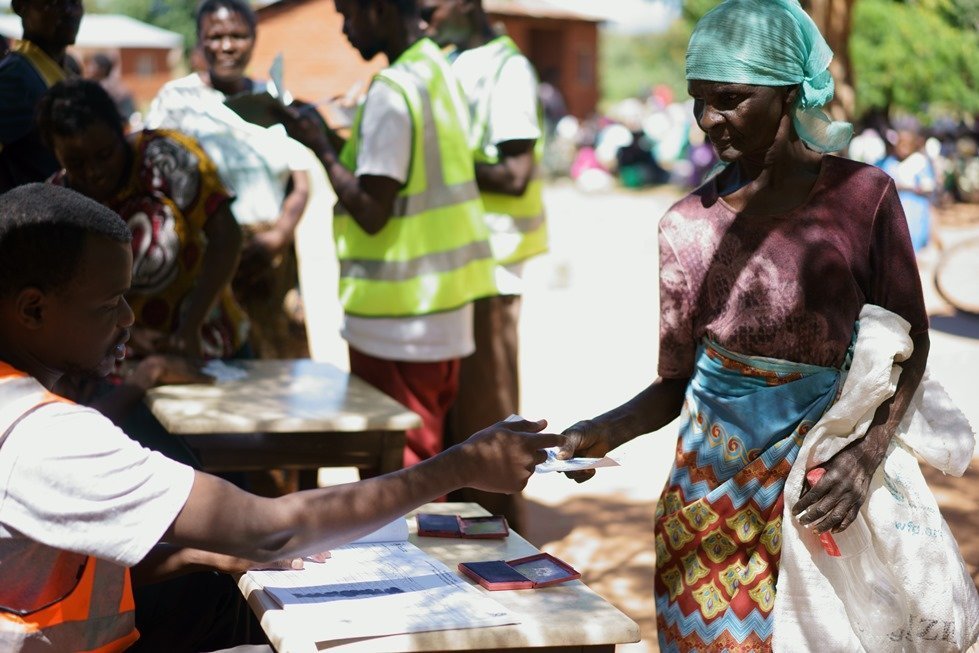 Each community has worked together to identify their most vulnerable members in need of food assistance, as there is not enough funding to reach every single person who has been affected. Elderly, single women like Esther find it particularly hard to maintain crops and continue with the hard labour necessary to provide their families with food. After the unprecedented weather brought on my the El Niño phenomenon, the crops she was growing have all died. 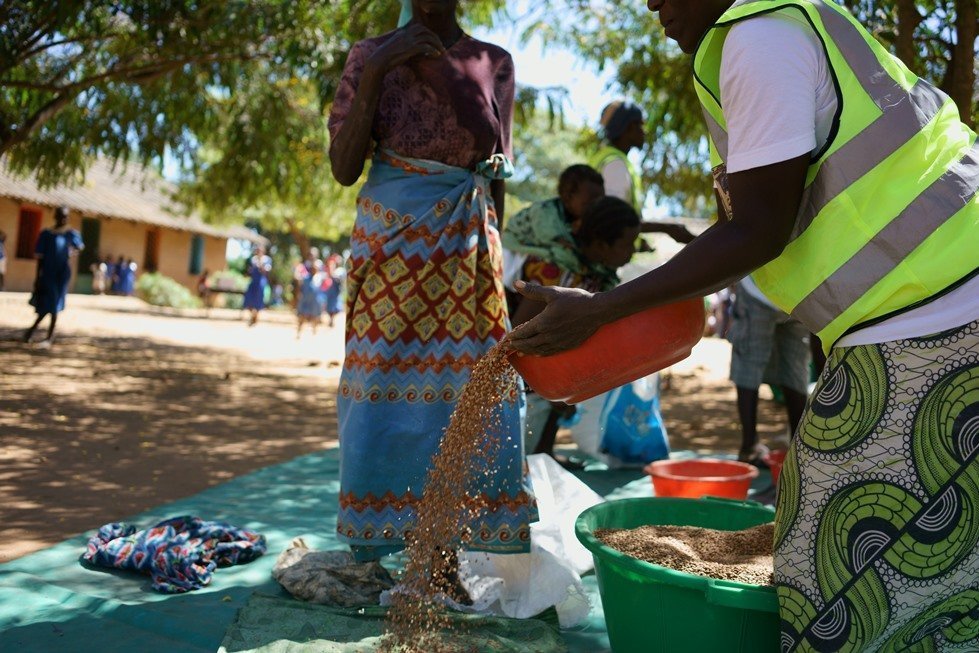 CARE staff measure out food rations for each family, but these are often not enough to last people the entire month and they have to look for alternative work or means of providing for their families. Not everybody is able to do so and hunger remains a big worry.

“I don’t know what I will do when the food aid ends,” says Esther. “At my age, I don’t have the strength to go and do casual labour for food.” 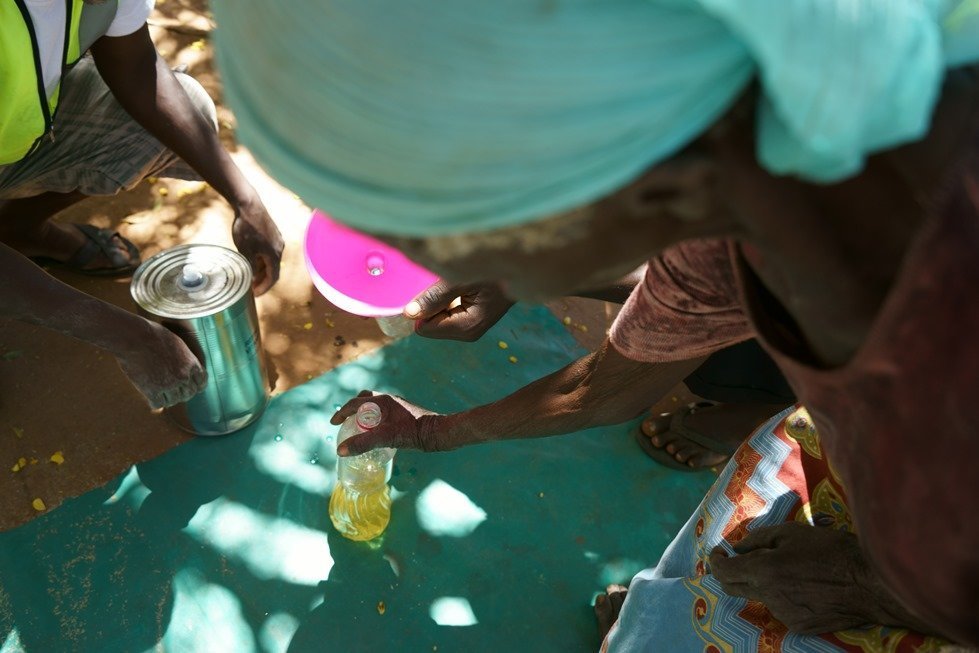 Esther holds a plastic bottle steady as CARE staff pour her ration of cooking oil into it. Although this food aid helps people avoid possible starvation, it is often not enough for families like Esther’s to last the whole month. Families are often forced to limit the number of meals they eat and look for alternative sources of income at the same time. 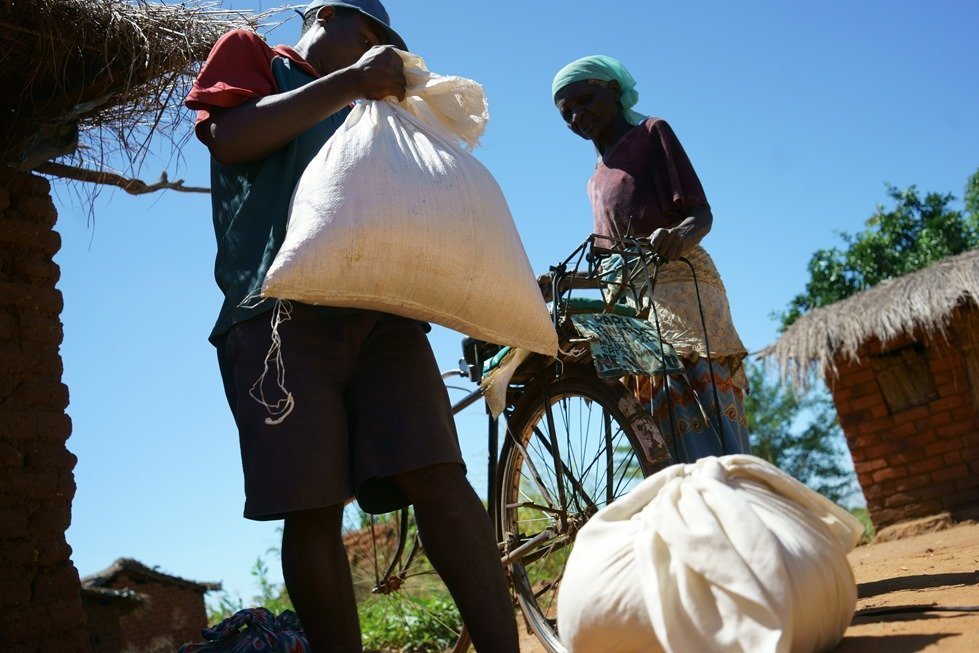 A local boy helps Esther transport her food from the distribution point back to her home. Her oldest grandson is only 15 years old, and at school during the day, so Esther often has to rely on the kindness of neighbours to help her with difficult physical tasks. 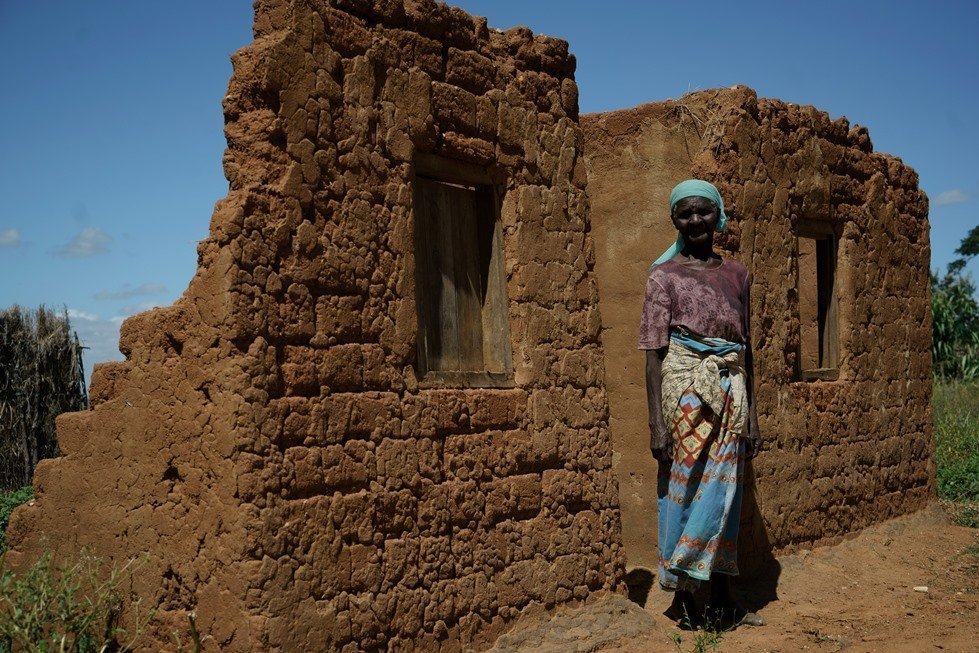 Esther’s house was also recently destroyed by strong winds, with the roof entirely blown off while the family was inside sleeping. For three days the family slept in their neighbour's tobacco storage shed until they were invited inside to share their house. This was back in February and the family still has not been able to rebuild.

“I don’t know how to build back a house,” says Esther, “And the children are too young to do it.” 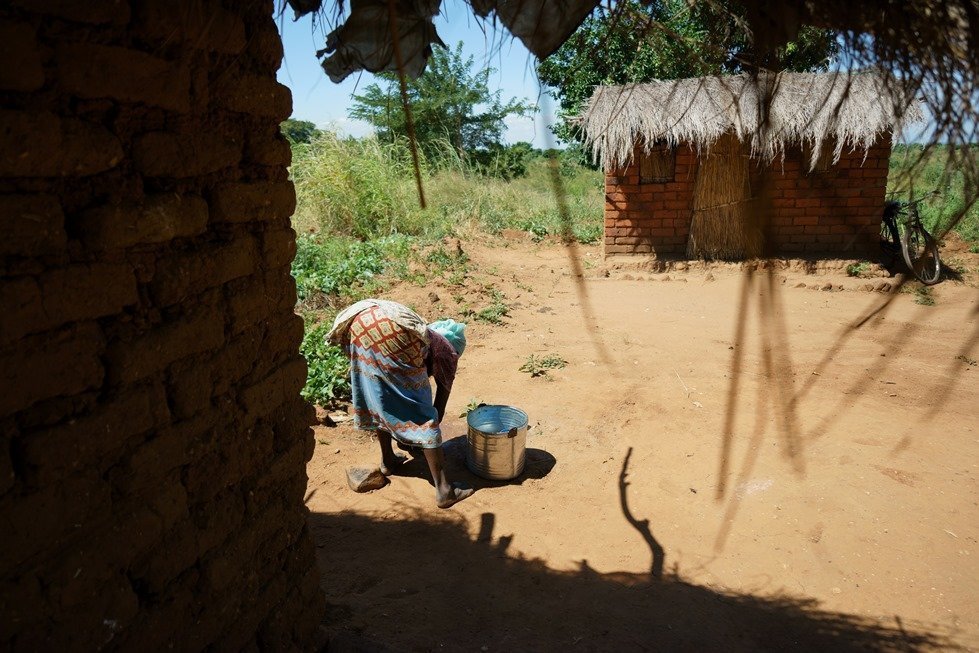 Esther begins to prepare lunch for her three grandchildren, who are all at school, with the food rations she has just received. Esther has seen a lot of changes in the village in her lifetime – including the set-up of their first ever health clinic – but this weather, she says, in unprecedented. 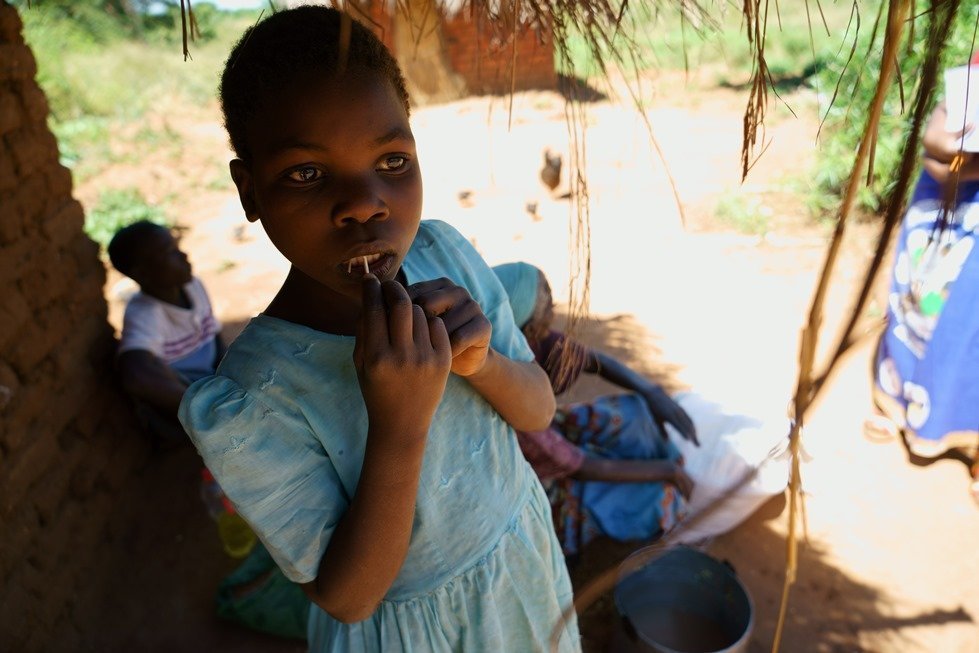 Two of Esther’s grandchildren – 9 year-old Sarah [pictured above] and 13 year-old Benjamin – return from school to help their grandmother prepare the family’s lunch (one of the two meals they eat per day). One of Esther's biggest worries, along with having a place to live and food to eat, is her grandchildren's future.

“I worry for the education of the children, and getting things like uniforms for them to go to school if I don’t have any money,” she says.

Learn more about how CARE is supporting communities suffering the effects of the El Niño weather phenomenon.

You can provide life-saving aid to women like Esther and their families.