One of the strongest El Niño cycles in recorded history has caused drought and flooding around the world. In Ethiopia, many crops have failed, forcing more than 10 million people into a food crisis. For some, what seed was saved to be planted had to be eaten.

In this strikingly beautiful mountainous region in Eastern Ethiopia sits a CARE distribution centre. The natural splendour of the area is in contrast with the horror families are facing in light of the food shortage. 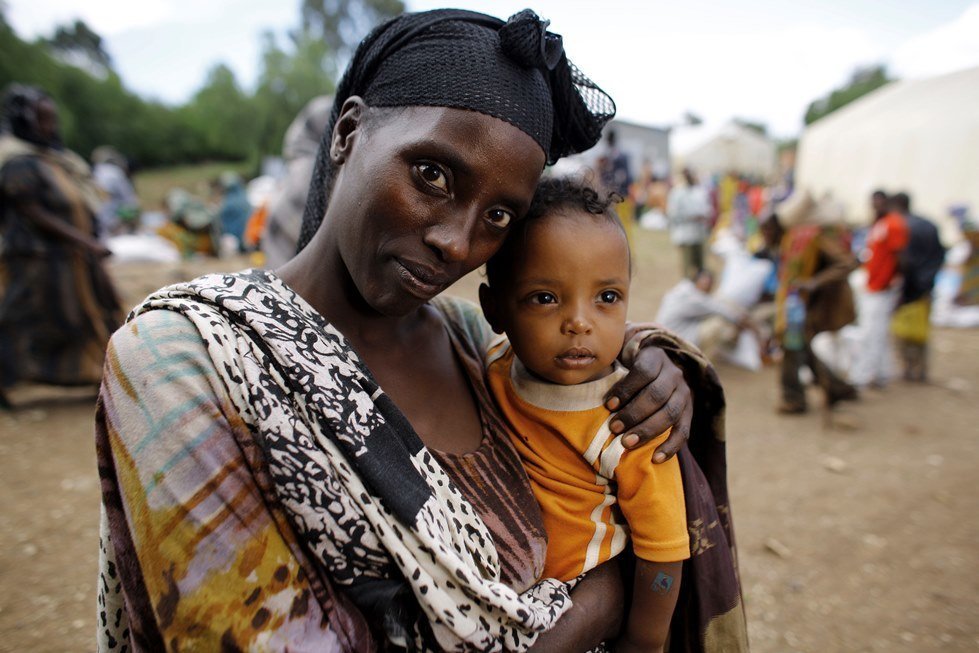 “My son had severe malnutrition for one month,” says Malia.

Malia relies on CARE and the Government essential supplies distributions, so too are other mothers and babies.

CARE’s healthcare worker, Azeb Alemiyehu, who has been working in this area for the last six months, notes the importance of early nutrition.

“The first 1000 days are crucial. From the moment of conception until two years old, the baby must get adequate nutrition in order to avoid stunting. Otherwise, this not only affects the mother and baby, this affects generations to come.”

It is comforting to see healthcare workers in Eastern Ethiopia responding to the food crisis by giving people the essential items they need. If help had not come on time, the situation would be markedly different – especially for women like 23-year-old Nooria Ibrahim. 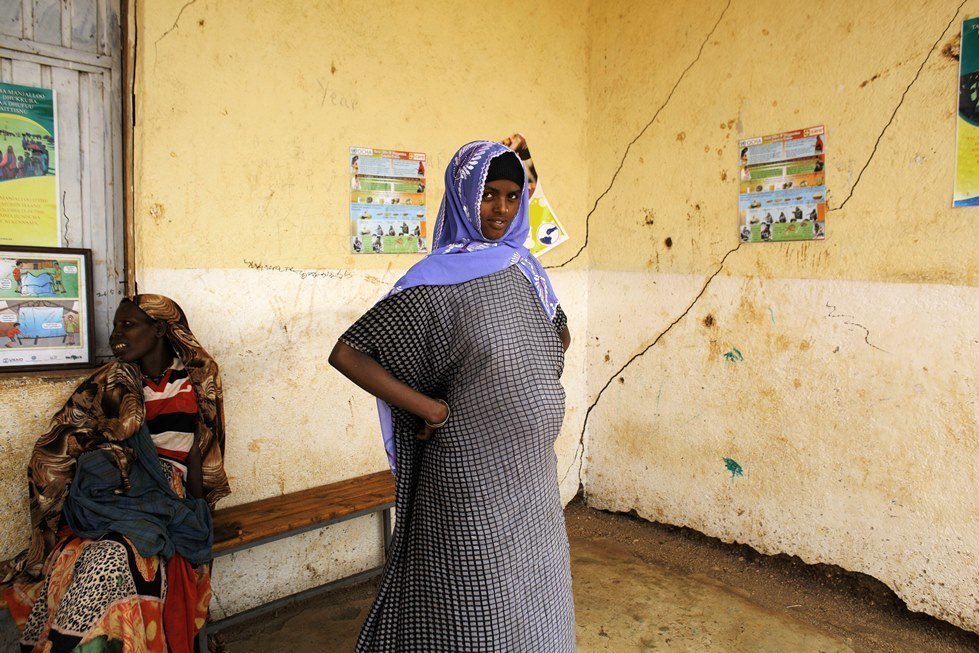 Nine months pregnant with her third child, Nooria’s belly isn’t as big as it should be. Health worker Azeb rests her hand on Nooria’s shoulder as she conducts an assessment.

“You see, she is nine months pregnant and her stomach is so small,” says Azeb.

Like everyone in this area, Nooria doesn’t have enough to eat. Her husband farms maize but like everyone else, they are reliant upon CARE and the government to distribute food during this time of severe food insecurity. Placing a MUAC (Mid-Upper Arm Circumference) band around Nooria’s upper arm concludes she is malnourished.

Eating just twice a day so that she can provide other family members with enough food is putting Nooria and her baby at risk. It is thanks to intervention that Nooria’s pregnancy has been able to get this far. She has received immunizations through government programs and has been given information on what to eat.

Nooria and others like her need help to eat three nutritious meals a day. Ending hunger now can save a generation from the pain, suffering and seriousness of stunting.

At this particular health centre in the Alemdrom community, 200 mothers are being supported, along with outpatient treatment of six babies. Babies like nine month old Sina*.

Fatima arrives at the health centre with her nine month old baby girl, Sina. Azeb and CARE-trained healthcare worker Hiwot Miliyon, respond by measuring Sina’s arm with a Mid-Upper Arm Circumference (MUAC) band. The rating is 10.9. She is severely malnourished.

Azeb and Hiwot give Sina a taste of Plumpy’nut — a peanut-based paste in a plastic wrapper, packed with vitamins, minerals, protein and carbohydrate. Fortunately, Sina responds and swallows the emergency food. Should she not take the food, this would be a sign of an extreme situation, requiring Sina to be admitted to a stabilisation centre.

Fatima is provided with 14 packs of Plumpy’Nut, as well as advice on preparing food in a nutritious way. Azeb and Hiwot also discuss family planning with Fatima, advising her to speak with her husband soon, as having another child at this time would put extra strain on her health and that of the baby. Lastly, gentle drops of antibiotics fall into baby Sina’s mouth as she objects to all the fuss through tears.

You can help provide emergency food to children like Sina. Donate now.

Fatima’s story: Seeds to plant, not to eat

Imagine being so hungry that you needed to be told not to eat the very seeds you were being given to plant? That’s what women like Fatima Jibro and many more like her are living with in Ethiopia.

Fatima, a 30-year-old mother of three, collects seeds to plant now that the rain has come. All of her seeds were lost in the last attempt to plant. These precious maize seeds are distributed by CARE.

Staff explain that these seeds are not to be eaten. They are specially developed drought resistant maize seeds. Each individual is allowed 6.5kgs. Women are given priority to receive maize first and everyone signs an agreement to return 6.5kg of seed following the harvest.

Even as rain finally arrives in Ethiopia, allowing seed to be sewn, the situation is bleak. Everyone is hoping that it’s enough to create a harvest in October to get through the lean season.

These stories of survival show the strength and resilience of Ethiopian women. With a little help from CARE, and most importantly, from Canadians, these women will be armed with the food and assistance they need to survive the drought and the hope to build a better future for themselves, they children and their communities.

*Names have been changed to protect the privacy of individuals.

YOU have the power to help women like Kediya, Malia, Nooria, Fatima and their children survive the drought caused by El Niño.