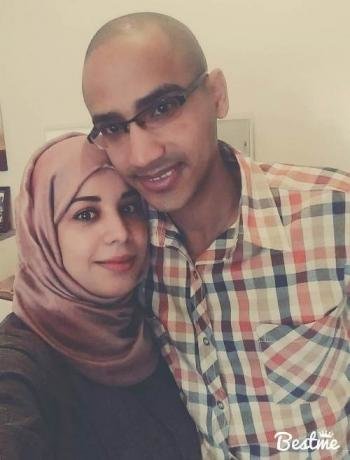 The summer is often considered the wedding season for many in Canada. Imagine though, planning a wedding in the midst of a war zone.

“We were planning to get married in May of 2015, but then the war exploded two months before our wedding date,” said Hana Al-Showafi, a 26 year-old Yemeni woman. “So we postponed our wedding until August, thinking this would all blow over. Then August turned into November. November arrived and we were still living with airstrikes and missile attacks. So finally, we said ‘Enough. With or without this war, we will marry in January 2016.’ And we did.

“We lost hope the war would end. If we had waited for the war to end before we got married, we could have been waiting for years,” said Hana. “Life must go on. People keep going out, meeting friends, working, falling in love. We were not going to let this war keep us from starting our life together.”

In the midst of war, one would think most people are focused on survival, and they are. But in Yemen, people are also finding and protecting some sense of normalcy. In spite of the violence and death that war brings, couples are beginning new lives together every day in Yemen.

Weddings are a big deal in Yemen, lasting three days on average with 600 people attending. Hana went in the other direction with hers, choosing instead a smaller ceremony at her parents’ house with only close family and friends.

“We had two weeks of peace after we got married, but then the war started up again. Our lives are like a roller coaster of both fear and healing from the ongoing war,” said Hana. “We cannot plan for tomorrow. Because who knows if an airstrike or missile could end your life or the life of a loved one? Whenever we find a peaceful day, we get out and enjoy it.”

Hana works as a program officer for CARE’s Foundation for Peace Youth Project.

CARE has been working in Yemen since 1993. In 2015, conflict broke out forcing thousands to flee their homes. More than 82 per cent of Yemenis, or 21.2 million people, now depend on humanitarian aid – which has been obstructed from reaching people due to the conflict.

YOU can help support CARE’s emergency response in Yemen and other vulnerable parts of the world.