Yemen: Making art out of war 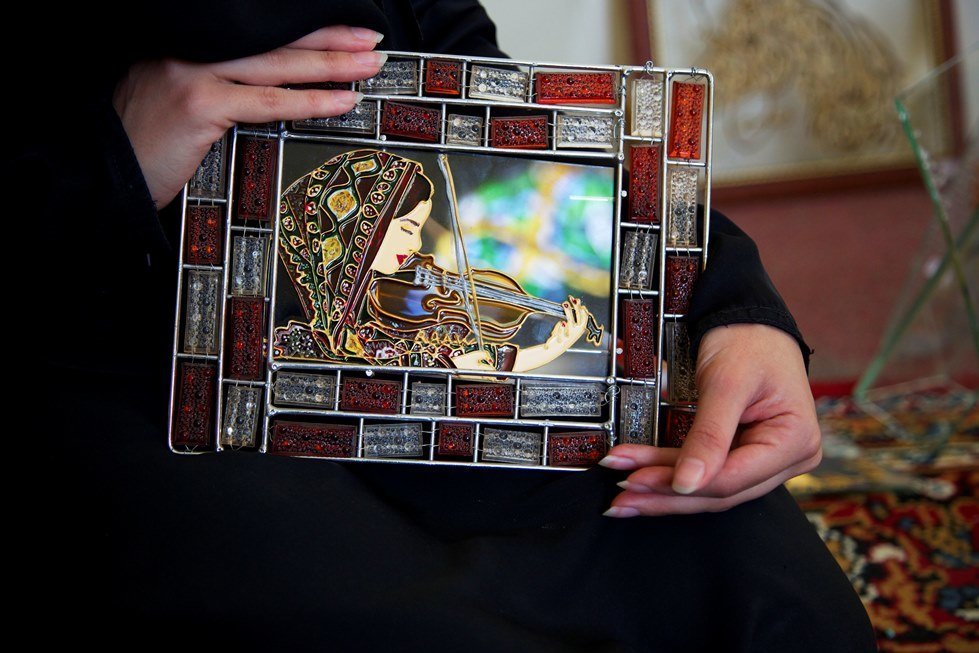 Twenty-six-year-old Roqaia proudly shows one of the first piece of stained glass she ever painted. It depicts a woman playing the violin.

“This is my favorite piece,” she said. “I painted it not long after the airstrikes started. This woman playing the violin symbolizes that in spite of war, we will play music and do art. We will live.”

Roqaia makes a living transforming the effects of war into art. She roams the city gathering broken glass from windows shattered by bombs, and then turns it into beautiful glass pictures.

Roqaia has always dreamed of becoming an artist. Growing up, she loved to draw, but this kind of artistic expression was discouraged, especially from a woman. Her family was against her pursuing art as a career, so for six years she put away her paint brushes and sketch pads.

After being unemployed for several years, however, she started to reclaim her dream. She enrolled in a local business training program that helped her invest in art supplies and she learned how to earn an income selling her art. Just when she had finally convinced her father to let her pursue her dreams though, the war brought her plans to a grinding halt. But it also inspired her to create.

One day an airstrike hit in her neighbourhood, shattering the window in her bedroom. 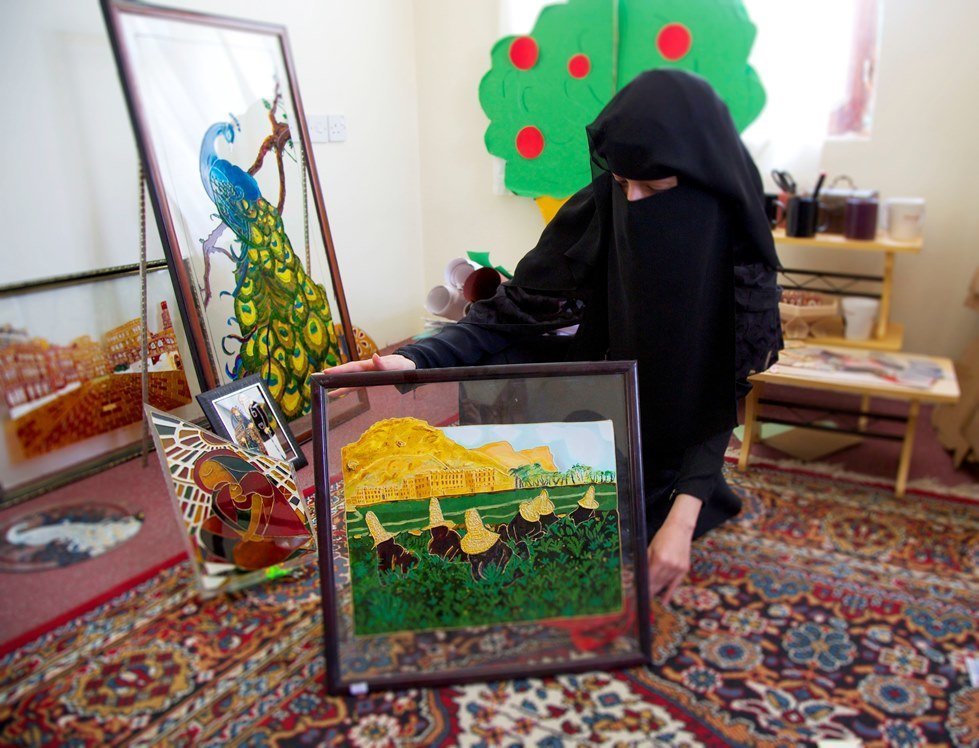 “Instead of cleaning up the broken glass, I just ran out of the bedroom in fear,” said Roqaia. “I left the broken glass there for several days, and just kept looking at the pieces lying everywhere.”

Later Roqaia met a man in her neighbourhood who had lost everything in an airstrike, including his family. Seeing and hearing this man’s pain inspired Roqaia to create something that told his story. So she used the broken glass from her window and painted a picture of what had happened to this man. She then gave it to him as a gift.

Roqaia then started creating more pictures from broken pieces of glass, and she started selling them, mostly to foreigners. She started bringing in money for the family through her artwork, and her father gave her a room in the house to use as an art studio.

Many of her pieces send a powerful message that she wants the world to hear.

“I want you to see our pain. War not only destroys windows. It destroys hearts, children, dreams and people’s lives,” said Roqaia. “I want my work to be in houses all over the world…and I want life and freedom for all Yemeni people.”

CARE has been working in Yemen since 1993. In 2015, conflict broke forced thousands to flee their homes. More than 82 per cent of Yemenis, or 21.2 million people, now depend on humanitarian aid – which has been obstructed from reaching people due to the conflict.

YOU can help support CARE’s emergency response in Yemen and all over the world.