Reflections: Two Decades as a Humanitarian

People often ask me what it is like to be a humanitarian worker.

It’s a question I find difficult, with each mission a little bit different. However, as I sit at a critical turning point in my life, it feels more important than ever to be able to provide my answer.

I have fantastic memories of all of my humanitarian missions: the smells, the sounds, the sunrises, and the sunsets, but what stands out the most is the people.

Families, not that different than my own, facing unimaginable struggles: relatives killed by conflict or natural disaster; their homes destroyed or left behind; their businesses ruined; harvests, livestock and pets lost.

It is these individuals I have met throughout my career, who show incredible strength in the face of impossible circumstances.

For example, I will never forget the women and children I met in displacement camps in South Sudan. They had been through unimaginable hardship, floods, violent attacks on their villages, sexual and gender-based violence; and yet, they remained positive despite this living hell.

Or the injured that we transported to Bentiu, South Sudan in the middle of the night, who despite their serious injuries and pain, managed to make jokes and find joy in those around them.

It is these people I see when I can’t sleep at night. Their faces, their eyes.

It’s their stories that have kept me in this crazy field for so many years.

My humanitarian career started in the early nineties as a manager of a Sudanese refugee camp in Central African Republic. Before email and cell phones, I was in the middle of nowhere, far from family and friends, living in the heart of a refugee camp with my staff. Unlike today, it was at a time when it was believed aid workers could live in relative safety in such a remote setting.

It was an incredible experience wherein I learned intimately what it was like to be a refugee and the challenges of managing a complex operation.

After 18 months, I moved to Bangui, the capital of Central African Republic (CAR), to manage the country’s entire refugee program, including the Sudanese operation, the return of refugees to Chad and the influx of refugees from Rwanda. I think this is the moment that I became a humanitarian officially and where my life with family back home began to tilt.

It was 1994 and we were expecting a massive arrival of Rwandan refugees to Central African Republic, but in the end, very few actually made it across the border alive. So many people fleeing for their lives and so few surviving the treacherous journey amidst the brutal genocide.

The political context in Bangui was chaotic and insecure. We were managing a massive program with the pressure of a domestic situation that seemed to be going from bad to worse. We worked at an impossible pace where the days quickly blurred together.

Even though the work was intense and at times seemed incredibly complicated, it was in these moments that I knew humanitarian work was my passion and this was what I wanted to do with the rest of my life.

I didn’t know it at the time, but the pace would only increase and the days and weeks would soon become years of intense work in support of those affected by conflict and disaster.

I then moved on to Burundi as head of mission where I turned a small operation outside of the capital into a large-scale regional response with activities reaching across the Democratic Republic of Congo (DRC) and the Republic of Congo (Brazzaville). Violent attacks against civilians and ambushes were regularly reported in the newspapers, but somehow we managed to keep working and reach people in some of the most remote regions. 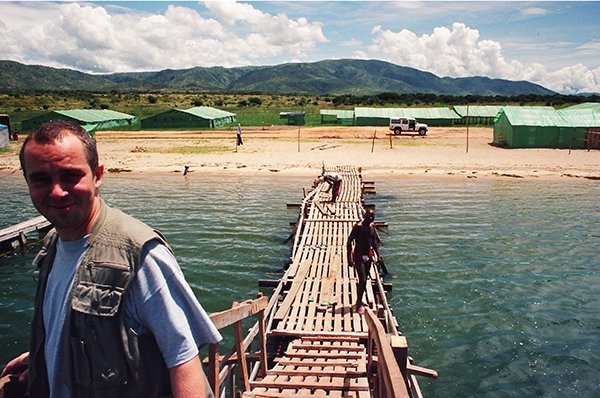 After a few years in Burundi, the time for change came again and I moved to eastern DRC as the senior program manager. Once again, I found myself in one of the most remote corners of the world, far from family and friends. I negotiated with rebel leaders, fought for the protection of child soldiers and launched a massive response to the the longer-term impact of the Rwanda crisis and the eruption of Nyiragongo volcano in Goma, DRC.

This period was marked by radical changes in humanitarian practice with the establishment and strengthening of core humanitarian standards, more emphasis on accountability to the people we were working to reach and improved coordination between humanitarian actors.

After Burundi and DRC, I moved to Liberia for the transition of the former president Charles Taylor and somehow single-handedly managed to arrange for the delivery of a 747 plane full of relief supplies on the chaotic days of his departure.

Since my early days in an isolated refugee camp in Central African Republic, I began to understand the impact that my chosen career path was going to have on my family life, as I was far from loved ones and disconnected from the day-to-day life back home in Gatineau. This would be a constant struggle throughout my career as I often found myself torn between my desire to serve those most in need and my family life.

By late 2004, I was back in DRC on another mission and my 10-year-old son joined me on this posting. After years of separation and long periods apart, we were able to be together and I think it was in this moment that he came to understand me as a humanitarian.

Together we discovered the beauty of Africa, living together in DRC, Kenya and then Rwanda. During this time, I managed quieter missions, more focused on longer-term development. This afforded me the ability to be together with my son, but I missed the pace of the humanitarian side of things. With large-scale humanitarian reforms in the process of being launched in 2005, it was only a matter of time before I felt the pull back to the emergency world.

In 2007, I returned to Canada (after more than 15 years in Africa) to take on an emergency response program manager position and then director role in CARE Canada’s Humanitarian and Emergency Team. I soon returned to the busy pace of emergency response, deploying to every major emergency during my time in this role, including Chad, Haiti, drought in the Horn of Africa, Djibouti, Pakistan and Japan.

I would eventually return to CARE, which had over the last decade become my humanitarian home. Again I found myself in the centre of some of CARE’s most important operations: South Sudan, Turkey, Iraq (KRI), Lebanon and Nepal. 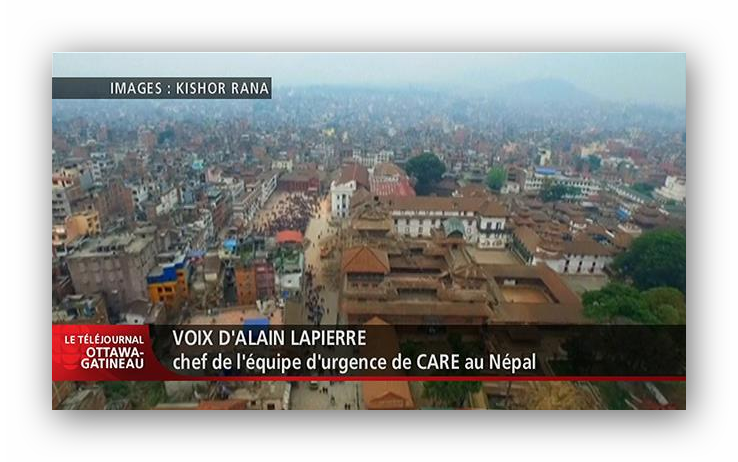 With more than two decades in the humanitarian sector, leading some of the most complex operations, often at the expense of my family, my children and my health, I find myself in a very different situation. After years of seeing people suffer and die, too often because we are not able to do enough, it was me who ended up in a humanitarian crisis of my own.

At the end of 2015, during a long and grueling deployment supporting CARE’s response to the Syria crisis, I found myself in a hospital in Amman, Jordan diagnosed with stage 4 cancer.

I have since returned to Canada and after years of focusing on saving the lives of others, I am now trying to prioritize my own survival.

As I write this, it has been over half a year since my diagnosis. While I have come to terms with the fact there is no cure, I am hopeful I can extend my time here just a little bit longer, to make up for the many years away and to focus on enjoying every day, every moment of my life.

Like the many humanitarian responses I have lived through in my career, it’s not perfect, but every moment where you can get back to living your life counts. And so, I am counting myself lucky for each extra day and for each extra moment I have.

My humanitarian life has shown me that I remain one of the lucky ones. Even if there is now an end in sight, I am privileged.

If humanitarian response has taught me anything, it has taught me that being calm and positive in the face of all situations is the only way to live.

I recently recalled an operation that I was leading in Central African Republic nearly 20 years ago. I was responsible for the voluntary repatriation of a convoy of refugees returning to Chad. During this return convoy, there was a terrible accident and I was the first on the scene, transporting wounded and dead to the nearest health facility. I was ready to quit and never work in this field again.

But the next day I met the UNHCR representative and he looked me in the eyes and said, “Alain, you have been through something hideous, but you have to stay calm and continue the operation, because the survivors need you now more than ever.”

It is these moments that I think of now when I am ready to give up.

Even just a few days ago, I received messages from my colleagues in the Middle East and from partners working inside Syria, one of the most challenging contexts currently facing humanitarian workers. They thanked me for my relentless efforts to help those inside Syria. Somehow this message helped me feel like I have done what I needed to do and that there couldn’t be a better way to finish my humanitarian career.

So, in the face of my own personal life-saving battle ahead, I am thankful for the life I have lived, for the career that gave me such enormous fulfillment and I am committed to remaining positive, to living positively with cancer and living fully until the very end.

CARE Canada is requesting that all those who wish to share a message of support to Alain Lapierre to write to the email: messages-for-alain@care.ca