Halima prods my knee to make sure I’m paying attention.

“We people from Bosso are warriors, we’re famous for that. We never flee. We’ve been attacked many times and we never fled. But the June 3rd was different. And now here we are.”

The 41-year-old mother of six starts bustling around. My colleague grins after receiving a warm greeting from her.

“I know Halima from Bosso,” he explains. “Everyone knows and respects her; she’s one of the female leaders of the village.”

At home, in the south east corner of Niger, Halima headed a lot of the women’s savings groups while also selling ice on the side. Her husband, Ibrahim, was a hard-working paprika farmer.

“She’s very busy, she never sits down,” my colleague laughs.

Despite everything Halima has been through and everything she has tragically lost, she keeps busy.

During our visit she’s getting ready for her shift volunteering in one of the medical tents in this sprawling settlement for displaced people. Halima works with the nurses to help detect whether children are suffering from malnutrition. This myriad of huts has sprung up since the attacks on 3rd June. She tells me about what happened in Bosso, her hometown right on Niger’s border with Nigeria that was attacked by hundreds of militants just one month ago, forcing 40,000 people to flee into the bush.

“They killed two people right in front of us so we just ran into our houses and locked the doors. They were burning down the houses and slaughtering anyone in their way. Many refugees from Nigeria were seeking safety in our village and had been guests in our home. When the attack came, the people from Bosso locked up their houses. But the refugees fled: some of them were killed, others hid in the bush.”

She straightened her scarf. It’s orange with gold sequins that frame her face and matches her spectacular gold earrings.

“We just closed the house as best we could and we stayed like statues all that time. The children were shaking and crying.” 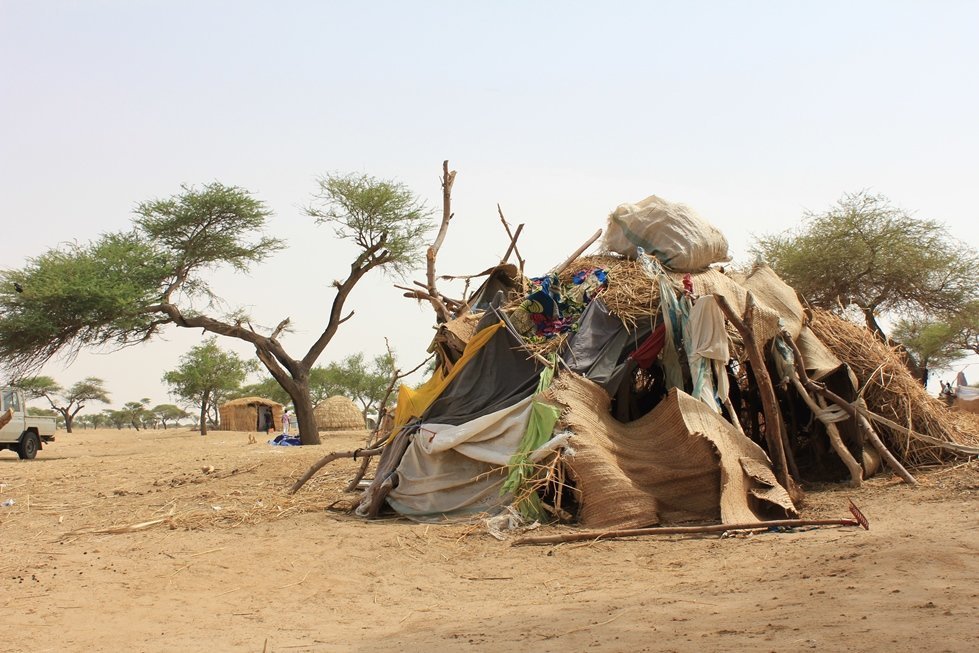 She stops bustling and pauses, one hand on her hip, the other on her chest as if catching her breath. She estimates about 100 people died just on the journey to where they are now staying.

The strain in the settlement is visible. Just a few weeks ago the people from Bosso were getting ready to harvest their fields. Now, they’ve been forced to uproot their families and flee their homes, unable to save their crops which have by now either been burnt or looted. Conflict has driven them to where we’re standing, where water and food are already scarce commodities.

“This is no life,” Halima sighs, “We’re all still afraid of attacks. The children wake up in the night screaming. I want them to have a future, to go to school and have an education so that they can be something later on. But today, I just want some food to cook and my own mat to sit on.”

CARE and other humanitarian agencies are trying to keep up with the increasing needs of people displaced by conflict in the Lake Chad region. My colleague, Abba, tells me about how we’re responding with food and water, child-friendly spaces and transportation. We’ve also constructed separate latrines for men and women so the women have privacy and can feel safe. This is simple but vital support for the people here. But what they need more than anything is to feel safe.

The UN has stated that at least one out of every two people in the entire Diffa region has been forced from their home because of conflict. The Niger government and NGOs need sustained and substantial funding to respond to this rapidly increasing crisis. Concrete commitment must be made to ensure Halima, and thousands like her who are now refugees in their own country not only receive emergency aid but are given the tools to provide for themselves again and rebuild their future.

* Names have been changed for security purposes. 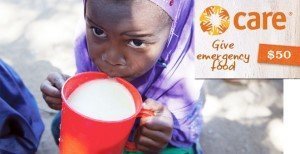 For $50, you can give emergency food that will help sustain people like Halima during an emergency.