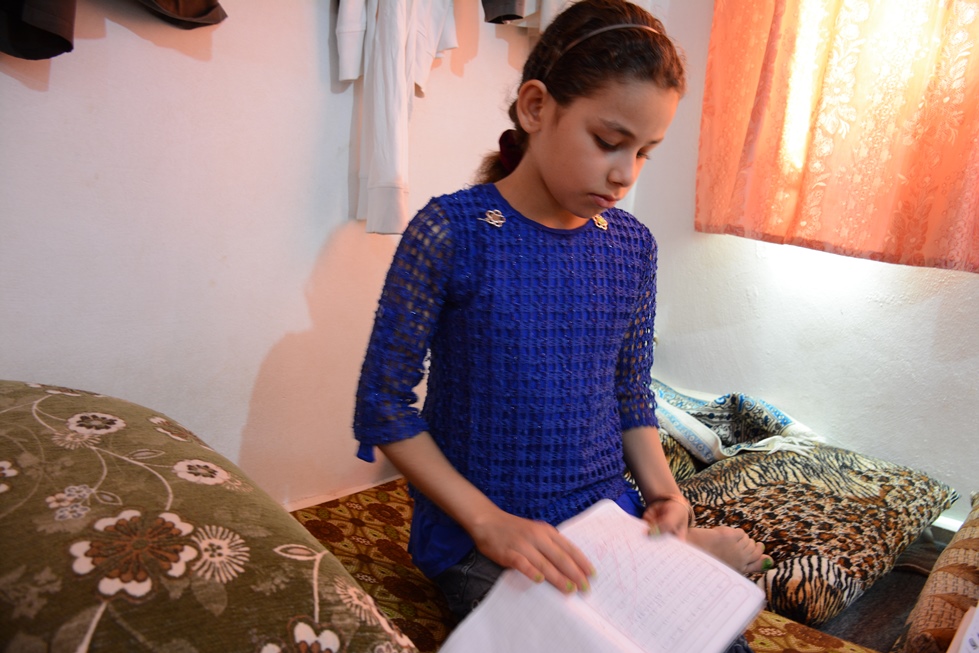 Nine year-old Ghozlan and her family were forced to leave their home in Syria and came to Jordan in October 2012. The family spent two months in Zaa’tari refugee camp but were able to receive an official “bailout” after several family members encountered health problems including Ghozlan, who suffered from hepatitis. They moved to Amman, where Ghozlan spent another year out of school, as she was working to provide for her family. Happily though, in 2014, Ghozlan was able to return to school thanks to the support she received from CARE’s cash for education pilot program.

“I worked for a year at a women’s salon six hours a day, six days a week,” says Ghozlan. “When it was time for students to return home from school in the afternoon, I used to stand at the door of the salon and watch girls in their school uniforms carrying their backpacks and going home together. It made me very sad. I was very happy to return to school. My favorite subjects are Arabic and math, but my highest marks are in science and Arabic.” 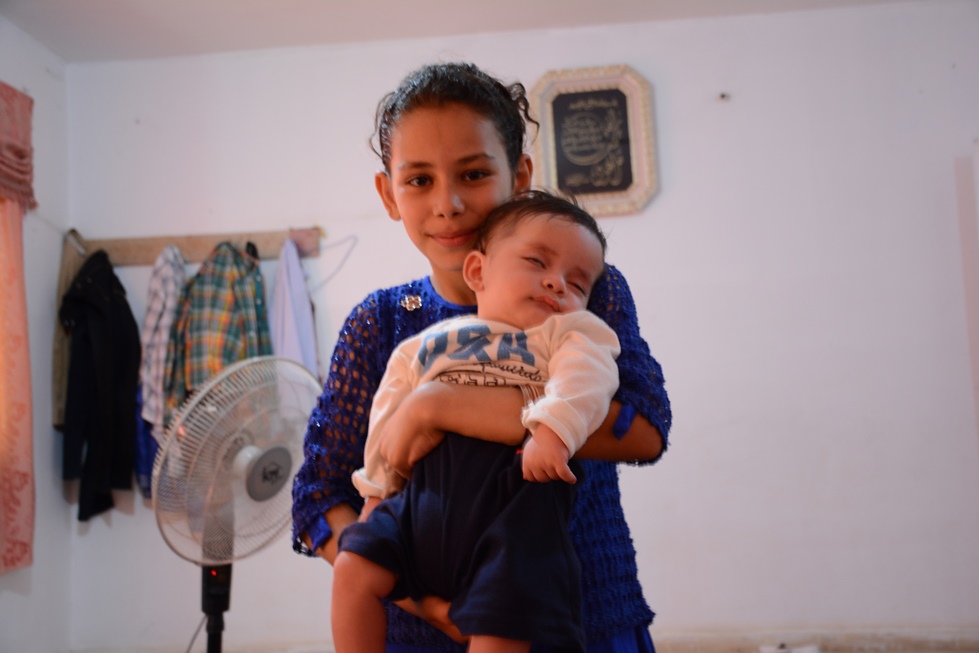 Ghozlan is one of eight family members living in a small apartment on the outskirts of Amman, Jordan. She helps her mother care for three other siblings: Khaled, Jihan, and Mousa (pictured). Ghozlan's father is unable to provide for the family as he suffers from polio.

“At the salon, I used to hand equipment to the hairdresser,” says Ghozlan. “And before going home, I would sweep hair clippings from the floor. It was not a very difficult job and the customers sometimes gave me a tip for buying them things from the supermarket nearby, but I missed school nonetheless and wanted to go back. Grade four was a bit difficult for me especially at the beginning, but now school is much easier, I am able to understand all of the subjects better.” 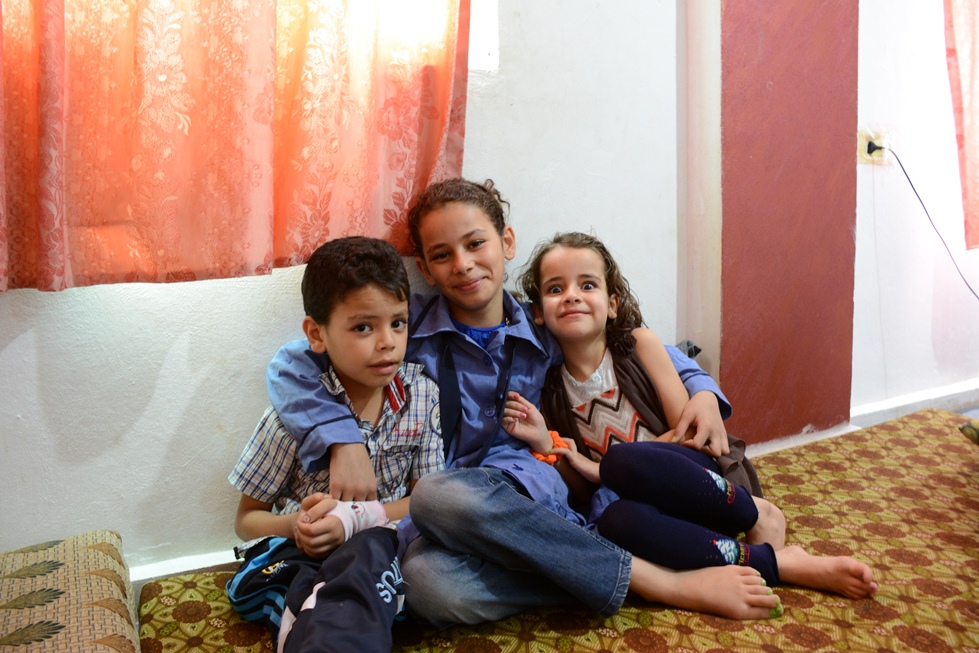 Ghozlan’s younger brother and sister, Khaled and Jihan, are both in the second grade. They love school, playing, and drawing and painting.

“Ghozlan missed two years of school, Khaled missed one year,” says Samar, Ghozlan’s mother. “But thanks to the funding that CARE and [local partner organization] Al Yarmouk club help us with every month, Ghozlan and her two siblings all attend school. Although this assistance was meant for Ghozlan to return to school, it has had a great impact on the entire family.” 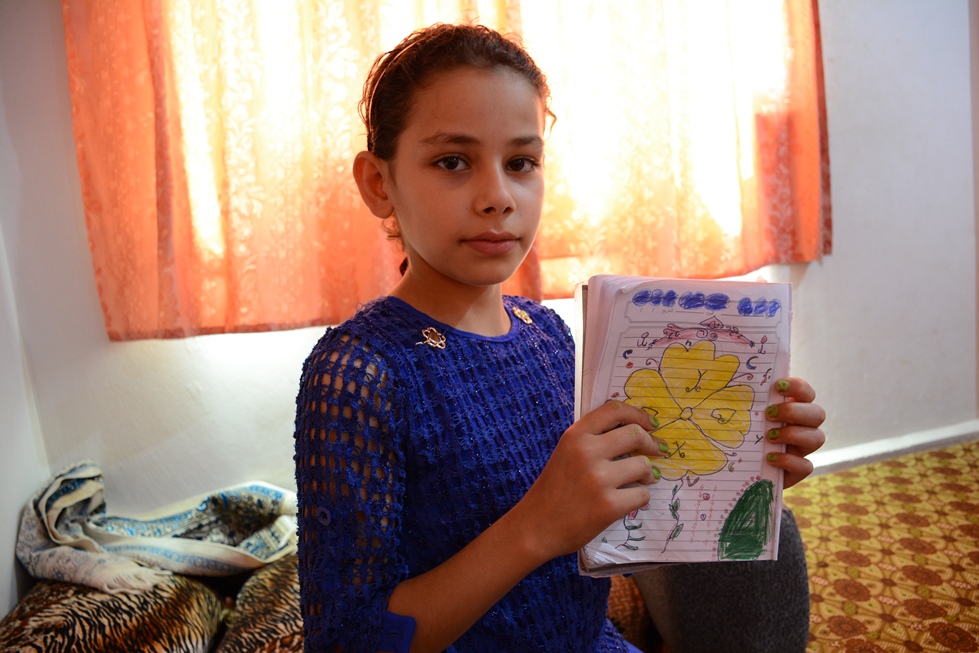 Ghozlan loves painting and drawing. Many of her paintings show her hopeful dreams in bright colors, several of which are related to her home in Dar’a, Syria.

“When I grow up, I want to finish my studies and work as a school teacher,” explains Ghozlan. “I want to teach arts and drawing.”

“I can safely send my children to school now,” says Ibrahim, Ghozlan’s father. “If Ghozlan were not going to school, I would not have sent Khaled and Jihan by themselves. They are too young. Fortunately, things are different now and she can look out for her little siblings.”

Lack of education for girls contributes to early marriage, higher birth rates and lower income. But when you help a girl go to school, everything changes.

Find out how you can help.