Three hundred and sixty five days and still counting. The war in Yemen continues. The majority of Yemenis who have no stake in the war continue to suffer. Yet, they have an unwavering hope that things will be better tomorrow. Some of these brave hearts are within our own organization CARE.

Three months into the escalation of the conflict in Yemen, especially in Sanaa city, Hana seriously contemplated leaving the country. She was not alone. There were many like Hana who wanted to run away from the bitter war. But where? The idea of becoming a refugee in another country was not enticing.

“We have seen the Syrians suffering – our fate might be the same if we leave our country,” said Hana who is an Assistant Project Manager with CARE Yemen.

Hana got engaged and married at the height of war. That was her way of saying, “I have a life of my own and I will not allow the war to control it.” She and other like-minded youth in Sanaa did something unheard of. Youth groups organized a cycling campaign for both men and women. The purpose was two-fold: 1) to beat the fuel shortage and 2) to give a sense of independence to women.

One morning, Lina, then the Assistant Consortium Manager at CARE, comes to office with red, swollen eyes and a terrible headache. She, like many of us, had not slept a wink. Repeat air-strikes and explosions in the vicinity kept her awake all night. With each explosion, the house shook, doors unlatched and windows swung open. Welcome to another of those dreadful nights in Sanaa. She has been living through the war pretending that she is strong and can handle the stress. Her ailing mother gives her strength as she says, “I have to be strong for my mother if not for anything else.”

Bassma who heads the HR department was also feeling the insurmountable stress of the war. Her father was seriously ill and commercial flights in and out of Yemen were suspended at the time. She desperately wanted to get out of the country for his treatment. Her worst fear was the collapse of her father’s health. Sense of helplessness gripped her, but ‘Life goes on despite problems – you adjust and get used to it,’ says Bassma. Despite personal challenges she continued to hold the team together. Staff wellness was her priority and she dealt with her fears by helping the staff cope with the situation. Bassma organized psychosocial sessions that restored staff confidence and hope as they continue to live through the war. 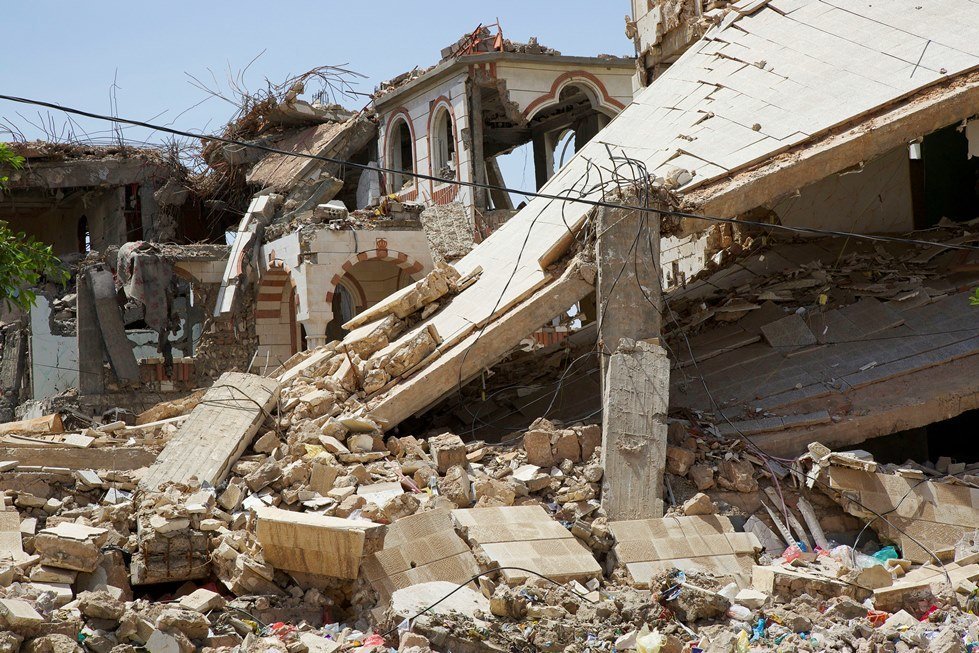 Now, imagine going to the gas station to refuel your car after work and not getting home until the next morning. This was a regular occurrence for Essam, the Emergency Team Leader at CARE. Once you start lining up for fuel, there is no escape as hundreds of vehicles join the queue. Imagine the stress of the family with Essam out all night at a gas station as air strikes rain down all night and gun totting militias use force in the queue to fuel their vehicles first. Amid all this, he had a large responsibility of implementing CARE’s emergency response.

Iftekar who heads the Southern sub-office of CARE was another colleague who showed immense grit and determination. The city of Aden was the worst victim of the war. Deaths and destruction all over would greet you upon entering the city. Multiple armed groups each trying to have a control of the city making life risky and unpredictable. Amid all this, Iftekar continued leading the emergency response projects with the difficult taks of reaching thousands of families with emergency food rations.

Bushra, who leads the Northern sub-office, lost 2 family members in an airstrike in Haradh. This was the most painful moment of her life. For several months she had lost her purpose. Nothing made her happy. Despite this, Bushra knew she must press on. There were 15 family members depending on her, as she was the only one earning an income at one point. This was the time when she said to herself – “you have to be strong, this is the time to show your mettle”. Being the strong woman that she is, Bushra continued to show amazing results in her work responding to the crisis. For her, responding to the suffering of her people overpowered her personal crisis.

Many colleagues felt that their family gave them strength and courage to move on. Many times, the weakest and the most vulnerable member of the family becomes the reason for the courage and strength of one. Bassma’s father, Lina’s mother, Bushra’s son and Essam’s mother and so on – they all gave them courage, hope and strength. However, one thing was common for all. Everyone at CARE Yemen were high performers during the war. CARE could proudly hold its head high in the international community as being one of the primary responders to the crisis in Yemen. Little does the world know that CARE has some of the bravest people on board, who even after 365 days of war, continue to hold their commitment to relieving people’s suffering above their own personal comfort and safety.