As the United Nations General Assembly prepares to breathe new life into the faltering response to the global refugee challenge, policymakers’ focus continues to centre on the massive displacement caused by the ongoing crisis in Syria, the thousands that have drowned in the Mediterranean, and challenges related to xenophobia in Europe and other parts of the world.

That these events over the past five years – marked by moments of international outrage, such as that sparked by images of a toddler’s lifeless body washed up on a Turkish beach – have at last shocked our common sense of humanity and spurred leaders to act is encouraging.

The real question as world leaders gather in New York is: How will we seize this moment?

There are more than 65 million displaced people globally. That is 65 million people forced to choose between risking their lives at home or embarking on a perilous journey. It is a life decision that could have a generational impact leading to decades trapped in overcrowded camps and a tenuous future as an irregular immigrant in a foreign land.

This is this condition faced by millions fleeing turmoil in the Middle East today, but also to many more – refugees, migrants, internally displaced people and host communities – uprooted from their homes around the world. 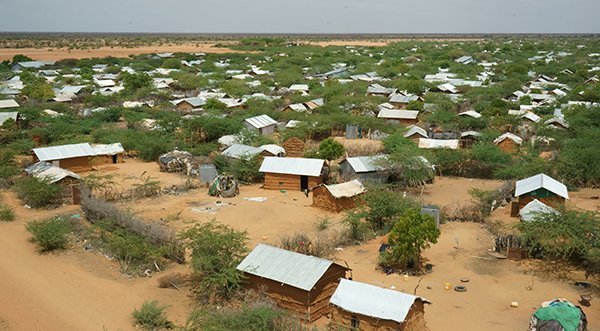 A quarter century in exile

Living as a refugee can be a life in limbo, seeking to regain a sense of normalcy and control over their future.

For over 25 years Dadaab has held the dubious title of being the world’s largest refugee camp. Today it constitutes Kenya’s third-largest population centre. Unlike other mid-sized cities, however, many residents lack the ability to secure employment and other basic rights. Many of the camp’s second and third youngest generations know nothing but life inside the camp. Soon, a baby will be born in the camps whose grandparents were also born here.

This could soon change.

In May, Kenyan President Uhuru Kenyatta declared that Dadaab would be closed by the end of 2016, with most residents destined for return to their native Somalia – some 100 kilometres away.

Ongoing instability, lacking infrastructure and safety concerns – not to mention the short timelines for resettlement – make the possibility of managed, orderly and humane return almost impossible.

In many ways, Dadaab offers a helpful example of why different approaches to refugee responses are required to meet the new realities of international forced displacement.

According to the UN Refugee Agency, for example, the average refugee crisis lasted for nine years in 1993. A decade later it had risen to 17 years, and recent evidence suggests the number may soon surpass 20 years. With current crises in Syria, the DR Congo and Somalia showing little signs of abating, long-term refugee life is becoming a phenomenon unto itself.

As a result, aid agencies, the UN and the international community need to look seriously at the nature of protracted refugee situations and find longer term solutions. Interventions are needed to make the lives of refugees in exile more bearable, and to allow them to contribute to the countries and communities that so graciously host them.

According to the 1951 Convention relating to the Status of Refugees, host countries must grant refugees the right to work, to reside and move freely within their territory, to acquire nationality or citizenship in a host country, and to not be expelled or otherwise be forced to return to a country where his or her life or freedom could be threatened.

Canada’s history has shown that when these provisions are honoured, refugees become contributing members of the countries and communities that take them in. Yet policies hastily being adopted in many parts of the world today would tend to ignore that wisdom. By ignoring international law and rights, many countries look set to push refugees further into the margins of society, where they will be forced to rely on shadow economies and informal services to get by.

Dadaab is case in point: It is estimated that $14 to $25 million is injected into the local economy by the existence of the camps. Yet, without proper business training among host communities, these revenues largely fall into the hands of a few well-to-do business people.

Were Dadaab’s residents allowed to move and work freely, they would help ensure a more equitable distribution of resources in Kenyan society. Refugees would do business with/employ Kenyans and pay taxes. This, in turn, would help foster greater goodwill between refugees and host communities.

As one of the first and longest-serving organizations in Dadaab, CARE has achieved many things. This includes empowering the refugee communities it works with to become more self-sustaining and to have a voice in the running of the camp and their own day to day lives. We have worked to ensure people are aware of their rights and have a voice to express them, as well as being better educated; allowing them a chance of a better future either within Kenya or upon return to their home countries. 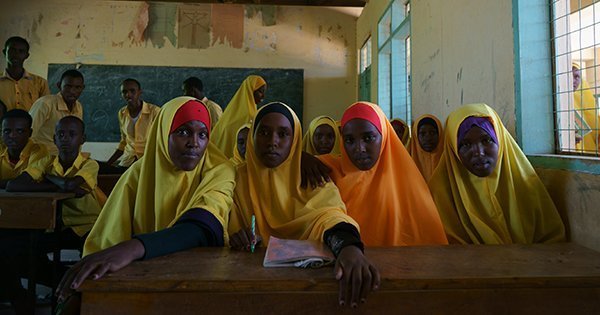 CARE has also been working with women in Dadaab to empower them and change cultural norms. This has helped bring about major changes in the Somali refugee population, including introducing women into leadership roles within the community, information campaigns and focus group discussions around the issues such as women’s leadership, sexual and gender-based violence (SGBV), female genital mutilation (FGM) as well as the promotion of girls’ education.

All this has seen a drop in the incidences of SGBV within the community, a reduction in the traditional practice of female genital mutilation and increased enrollment of girls in both primary and secondary education. Enrolment in CARE schools in the camp now stands at almost 50-50 boys and girls, up from less than five per cent enrollment of girls at the camp’s inception.

Similar efforts are urgently needed amongst a growing number of refugees and host communities around the world today – many of which are already struggling with lacking infrastructure and lagging services. As we are seeing in Kenya, much as in parts of the Middle East and Europe today, the generosity of refugee-hosting communities has limits. Countries hosting significant refugee populations – particularly those facing challenges related to poverty and development themselves – need to know that they are not alone. They need support from other countries around the world in sharing the responsibility of resettlement.

With the international community now poised to agree to a new approach for meeting the needs and upholding the rights of displaced people, the success of a new approach to responsibility sharing relies on it being truly global, learning and building on the lessons of refugee situations present and past, and involve refugees and host communities themselves.

Refugees have faced unfathomable decisions to survive. Will we now show similar courage to address this global challenge?