Jessie Thompson is senior director of CARE Canada's Humanitarian Assistance and Emergency Team. Drawing on her long and distinguished career in developing and implementing refugee policy, Jessie reflects on current challenges related to global forced displacement, and what needs to be done to address them at the upcoming UN Summit for Refugees and Migrants and President Obama’s Leaders’ Summit on Refugees.

1. How have the challenges facing refugees, migrants and displaced people changed over time?

We live in an increasingly complex and challenging world, with more people on the move than ever before. This movement is caused by a multitude of factors from conflict and violence to environmental degradation and food insecurity. People are moving to save their lives just as they did in the aftermath of World War II. However, their protection is not a given. While human mobility is easier than ever in many respects, the most vulnerable face more barriers in accessing safe and legal channels for flight. At the same time, displacement is lasting much longer, with the average length of displacement for a refugee now estimated at 20 years.

With no solutions in sight, refugees are seeking their own solutions, often at great personal risk.

2. What changes are needed to allow the global humanitarian system to respond?

In the face of this massive movement of people, the system is overwhelmed. Former High Commissioner for Refugees Antonio Guterres famously said, “The global humanitarian community is not broken – as a whole they are more effective than ever before. But we are financially broke.”

Agencies are overstretched and organizations are simply unable to keep up with demand.

As noted above, in addition to new emergencies, thousands of refugees find themselves in exile for decades. For example, more than three generations of Somalis now live in the Dadaab refugee camps in Kenya, where CARE has worked tirelessly since 1991. Many of these refugees were born in the camp and have never ventured outside of its limits.

The humanitarian system is built to respond to refugees as an emergency or humanitarian issue only; however, it is clear that refugees are both a humanitarian and a development problem, particularly in cases like Dadaab. Basic food aid packages year after year simply do not make sense.

Refugees and displaced persons need to be given the tools to become self-reliant. They need access to work, education, and livelihoods. This requires a response that goes well beyond humanitarian actors and engages donors, host governments, development actors and local communities. 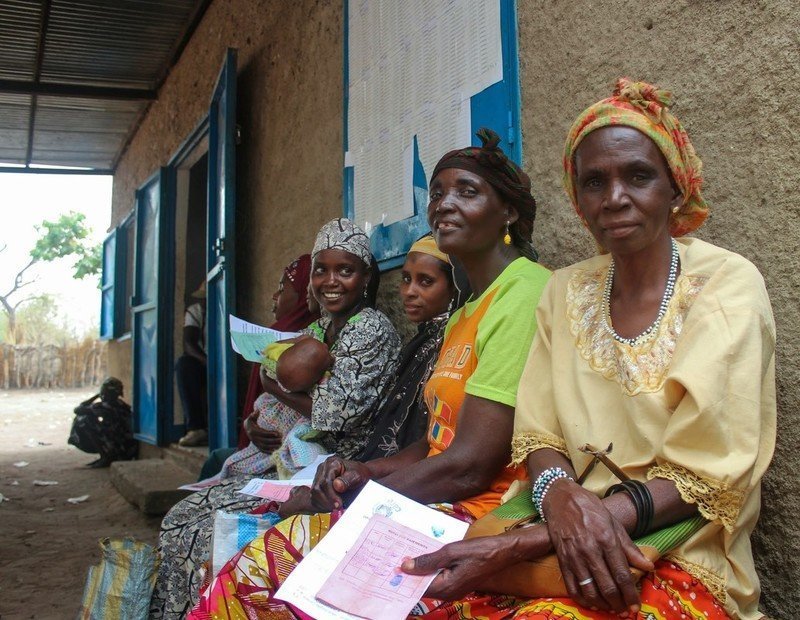 3. What needs to be done differently to uphold the rights of women and girls?

Men, women, boys and girls have different needs in a crisis.

What we know from experience, is that all too often, humanitarian assistance is gender blind, and doesn’t take these differential needs into consideration. This often results in the needs of women and girls being ignored. This is particularly concerning, as women and girls are disproportionately impacted by conflict and disasters. Organizations need to put the rights and agency of women and girls at the heart of their responses. Gender blind programming that ignores these rights and needs is simply bad programming and ultimately does more harm than good.

4. What can the Government of Canada do to help lead a new approach for helping the world’s refugees and displaced people?

We have seen leadership from the Government of Canada over the last year on the issue of refugees and displaced people, not least in their commitment to resettle some 25,000 Syrian refugees. But more needs to be done, both in terms of resettlement and global refugee policy.

I was part of an expert workshop in May this year, wherein academics, civil society and government officials discussed concrete ways that Canada could show leadership on the refugee issue going forward. I believe that Canada has a critical role to play in helping the global refugee regime respond to new and emerging challenges, both in exporting the lessons from our refugee resettlement program and in piloting more innovative and creative funding mechanisms that help bridge the humanitarian and development divide.

The upcoming UN Summit on Migrants and Refugees will see the beginning of a process for developing a Global Compact on Refugees, and a Global Compact on Migrants to be adopted in 2018. Canada needs to use its voice to ensure these compacts can be effectively implemented and that all countries can be held accountable for doing their part within a new, global framework for responsibility sharing for refugees.

As a co-host of President Obama’s Leadership Summit on Refugees on September 20th, Canada can also set a high bar and lead by example. The government should come to the table with concrete and ambitious pledges for refugee resettlement, as well as for helping those who are forcibly displaced but unable to be resettled in welcoming countries like Canada. Canada should offer to host a follow-up summit to encourage more action two years’ hence.

It is also critical that Canada act within the multilateral system and through its bilateral partnerships to underline that refugee response not overlook the leading roles and policies of countries outside of Europe and the Middle East, many of whom have been quietly hosting significant refugee populations for decades and whose interests and lessons learned must be taken into account.

Finally, and perhaps most importantly, global forced displacement cannot be stemmed unless world leaders are willing to put a foot down to end conflict and tackle climate change – key drivers of displacement. 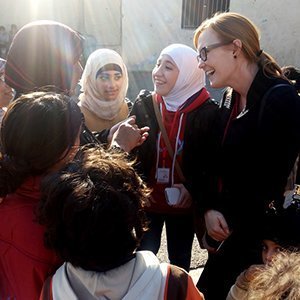 5. You have worked with refugees throughout your career. Why is this so important to you? What motivates you to help?

I am passionate about refugee protection because I simply cannot imagine having to flee my home, my family and my community and never return.

I started working with refugees as a student at University of Toronto and in these early days, I learned that refugees and displaced persons are not that different from you and me. They want the same things in life, have the same goals, but have been faced with extraordinary circumstances that no human being should have to face.

I am extraordinarily lucky to have been born in Canada with the freedom and safety that I enjoy every day and a passport that allows me to travel the world. I cannot take this privileged position for granted and believe that we all can do something to make the world a more welcoming, inclusive and safe place.

Jessie Thomson joined CARE Canada as an emergency response program manager in 2011. She was appointed as the senior director of the Humanitarian Assistance and Emergency Team in 2012.

Prior to joining CARE in 2011, Jessie worked as a protection delegate with the International Committee of the Red Cross (ICRC) in Pakistan. She has also worked as a senior policy advisor in the Humanitarian Affairs and Disaster Response Group at the Department of Foreign Affairs and International Trade Canada, where she led the development of Canadian policy related to UNHCR, refugees and internally displaced persons (IDPs). Prior to that, she worked as a senior policy advisor in the Refugees Branch at Citizenship and Immigration Canada.

In 2008, Jessie received a Walter and Duncan Gordon Foundation Gordon Global Fellowship and co-produced and co-directed Home Free, a short film about Burundian Refugees in Tanzania. Jessie began her career with the United Nations High Commissioner for Refugees (UNHCR) in London and as a volunteer in Kakuma Refugee Camp with Windle Charitable Trust.