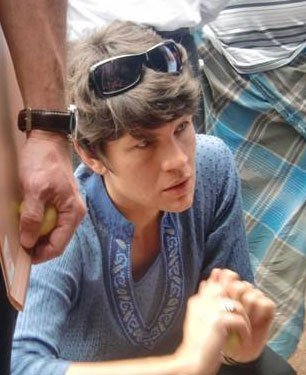 When you hear the word “gender,” what comes to mind? A man? A woman? Both? Many people I meet equate “gender” with “female.” They often think gender equality is about some kind of special progress for women. In reality, gender equality isn’t about the individual. It’s about relationships and the social rules that guide them. It’s about how we share power with one another, how we make decisions with each other and how we listen to one another.

For those living in poverty, the more equal those relationships are, the more likely it is that they will be able to escape their dire circumstances. Nowhere was this more apparent than during my last trip to Malawi, where we met with women and men involved in CARE Canada’s Maziko maternal and child health project funded by the Government of Canada through the Canadian International Development Agency. CARE recognises that the involvement of men in the health of their wives and children is key to achieving sustainable results. As such, the project team spoke with men and women to compare their knowledge of and attitudes toward maternal and child health. One relationship in particular, between a young man, his wife and his father, illustrated how gender equality affects a family’s health.

*Joyce had just delivered her second child four days before we met and she proudly passed little Rapson around. We asked her about what types of health services and support she had received from the local clinic during the birth and whether she was satisfied with them. We asked her about her own knowledge of caring for an infant. Finally, we asked her about how gender affects her ability to care for herself and her child.

Joyce described her relationship with her husband as one of mutual sharing and respect. She felt she had adequate control over family planning and child care. She wanted to begin a small business in order to have an independent income and to ease household worries about money for health care.

We then interviewed Joyce’s husband Albert separately. He is of the younger generation, has a good awareness of maternal and child health, and wants to support his wife and newborn son through an equal relationship. The young couple lives with Albert’s parents and he finds a great ally and source of support in his father. They work in the fields together and help each other to earn a living for their extended family. Albert describes his father as a mentor. At the same time, his father has very traditional notions of women’s roles. He feels that child health and nutrition is a woman’s sphere and that men should be the sole breadwinners and decision-makers. Albert admits that he is torn between his wife’s vision of gender equality, his own idea of his role as an informed husband, and his father’s traditional understanding of social rules.

“The only solution for me is to save money and eventually move out into my own house,” he says.

He feels this will allow him and his wife the freedom to practice their new health knowledge with sharing and respect. What is CARE’s role in all of this?

The Maziko project in Malawi provides both women and men with communications skills training to negotiate relationship issues with one another. It forms peer support groups for both genders, and implements a specific program to foster male role models who are able to demonstrate to other men how gender equality leads to a healthier family. In addition, it involves women in income-generating projects to establish independent sources of finance for them. Through each of these activities, CARE is helping Joyce and Albert create a foundation built on equality and fairness so they can enjoy the type of relationship that will keep them and their new baby Rapson healthy and happy for years to come.

* Names have been changed to protect the family’s anonymity