Violence erupted in South Sudan in December 2013, forcing more than one million people from their homes and killing thousands. One in three people in the country are desperately in need of food CARE is working to assist people in the hardest hit areas with health services, water and hygiene, refugee support and more.

Regina remembers the morning she was working in the garden while her elderly mother and her disabled husband were both at home. Some people called to her in the field in a panic, so she rushed home only to find that everyone in the village had fled, except her mother and her husband who can’t walk. Regina decided to stay in the house with them as she could not get them both to safety.

That night, armed men arrived and told them to leave their place or they would be killed. Regina was beaten and the house was looted and burned. The next day, Regina was desperate and confused, but she stayed because she had nowhere else to go. As the violence continued, her family feared for their lives.

Even before this day, the conflict had robbed Regina of so much. Three of her children drowned in the water trying to run away when their village was attacked. 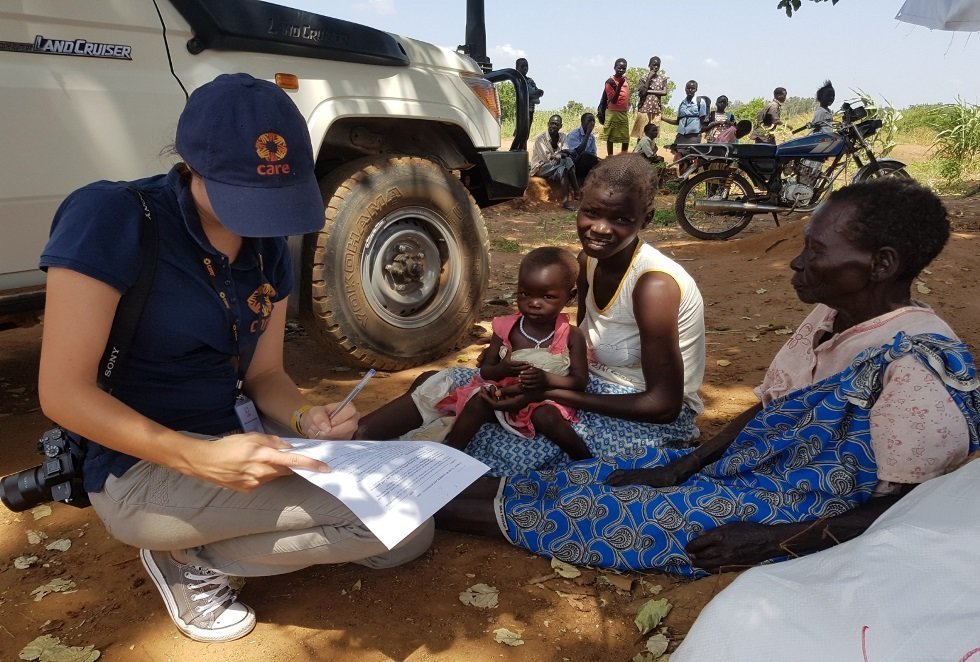 As she now cares for her two remaining children, Regina’s main worry is food. She said that they sometimes go 3-4 days without food and is forced to beg. From time to time, she is able to earn some money by selling charcoal.

These days, Regina and her family reside in an old abandoned tukul (a mud hut) near Torit town in Eastern Equatoria, South Sudan. In November Regina received some essentials – including kitchen utensils, blankets, soap, plastic sheeting, mats, jerrycans and kangas (cotton cloth) – to help replace what was taken from her. The items were provided by CARE, with support from International Organization for Migration (IOM) and United States Agency for International Development (USAID). The aid she and her family have received from CARE has given Regina some hope, as she has been suffering under the sun and the rain with her children since July. She hopes that he situation will improve and that they can one day return home to their abundant field to cultivate for the family.

Learn more about CARE’s response to the conflict in South Sudan.

You can help women like Regina and their families.