From girl to wife to mother: Jobeda’s story 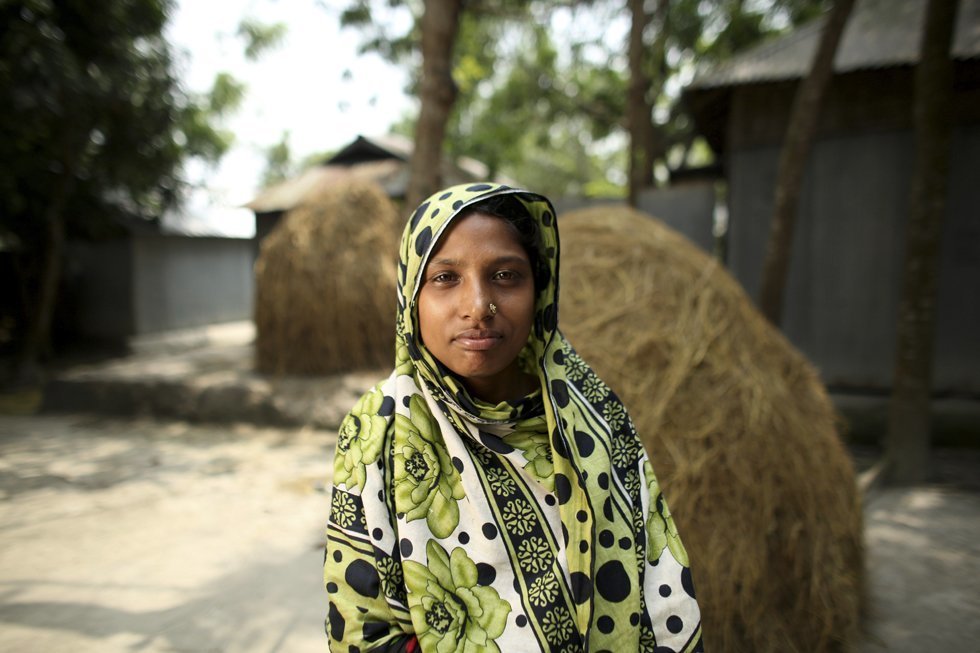 Jobeda is 15 years old and lives in a rural community in northeastern Bangladesh. Like many girls her age, Jobeda loves school and dreams about her future.

As she returned home from school one day, she overheard members of her family speaking quietly with a group of people that she did not know and had never seen before.

“I came home and saw a group of people there. I had no clue who they were and why they were visiting,” said Jobeda. “I heard them talking about marriage…”

Jobeda was confused, but she knew that the conversation couldn't possibly be about her. After all, she was only 15 years old. She would have to leave her family and drop out of school.

The very next day, Jobeda was forced to marry.

Jobeda loved school so much that when she found out she had missed two exams during the time she was married, she snuck away from her new husband's home back to her village and took one of the year-end tests.

She passed the exam and impressed her teachers so much that they came looking for her in her new village, insisting she take the second exam as well. Her father and new father-in-law agreed that they should honour their commitment to her to be able to continue her education. Everything moved forward just as Jobeda had hoped.

All that changed though when Jobeda's mother-in-law voiced her opinion. She was upset as she wanted her son's wife to take care of the work in the house and not be pulled away from her home life to go to shcool. Not long after that, Jobeda's father-in-law changed his mind and so did her father, forcing Jobeda to drop out of school.

Jobeda's story is not unique. Two-thirds of child brides are married before the age of 18 and only half go to secondary school. We know that education is still one of the most effective tools for people to lift themselves out of poverty. But school tuition can be expensive and girls are usually the first to be pulled out of school, whether it is to help with household chores or to take care of other family members.

Soon after she left school, Jobeda found out that she was pregnant. She went from being a child herself to being a wife to being an expectant mother – all in less than one year.

“I wanted to study to 12th grade,” Jobeda said. “I wanted to be a teacher. That was back then. It's gone now. It's a dream long gone.”

Learn more about how CARE is working to end child and early/forced marriage.

You have the power to make a difference in the lives of young girls like Jobeda.