"The time we dread": Surviving winter as a refugee 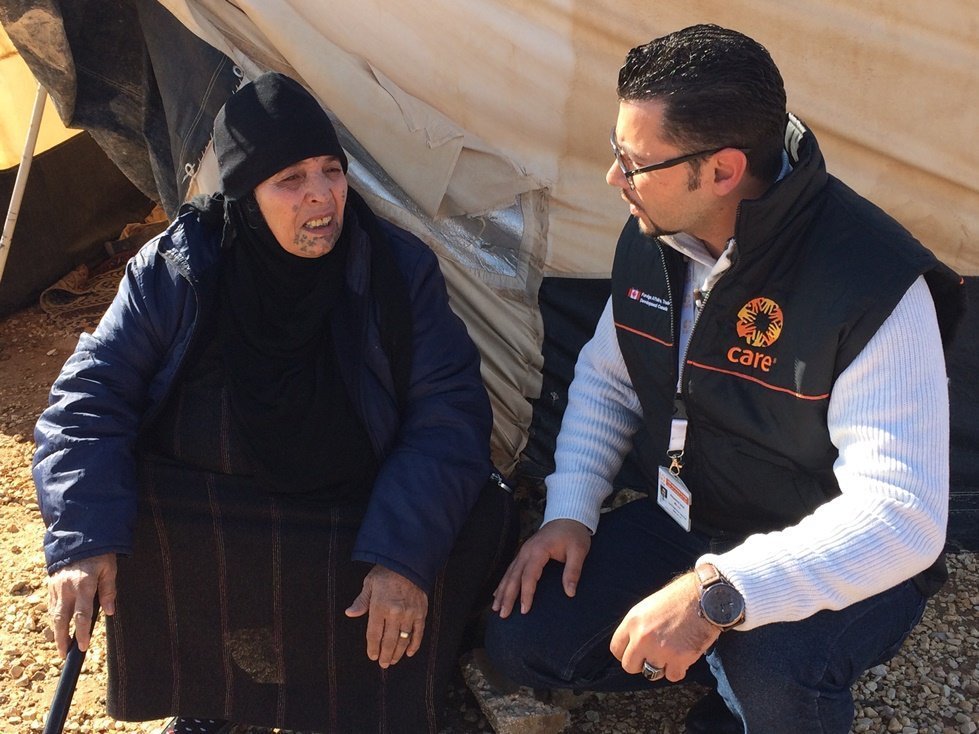 “We have dreaded this time of the year for the past four years. Every winter, we suffer from the cold,” says Barsha, welcoming us in her tent.

She leans on her cane, struggling to walk, and invites us to follow her.

The tent is empty with the exception of a few carpets covering the floor and mattresses. When I sit down, I make sure to place my feet under me to keep them warm.

Before the conflict broke out in Syria, Barsha lived with her family near Homs. They left after four of her ten sons died.

“Two were killed by a bomb and the other two died because of the lack of access to health care. Then one of my sons fled to Lebanon, and another went to Jordan. We joined him with the rest of my six sons, my two daughters and their families,” remembers Barsha, her hands squeezed on her knees.

“Shortly after we arrived in Jordan, we moved to this neighbourhood in Mafraq because UNHCR (the United Nations refugee agency) was distributing tents here. We chose this place because it is a bit higher so that when it rains, the tent is not flooded. But we can’t do anything to prevent the mattresses from being damp all night. The roof of the tent is waterproof but the water leaks from the sides.”

It rained heavily last night in Jordan, and it is already snowing in towns further to the north. Enormous puddles of water cover the arid land on which dozens of tents occupied by Syrian families are set up. 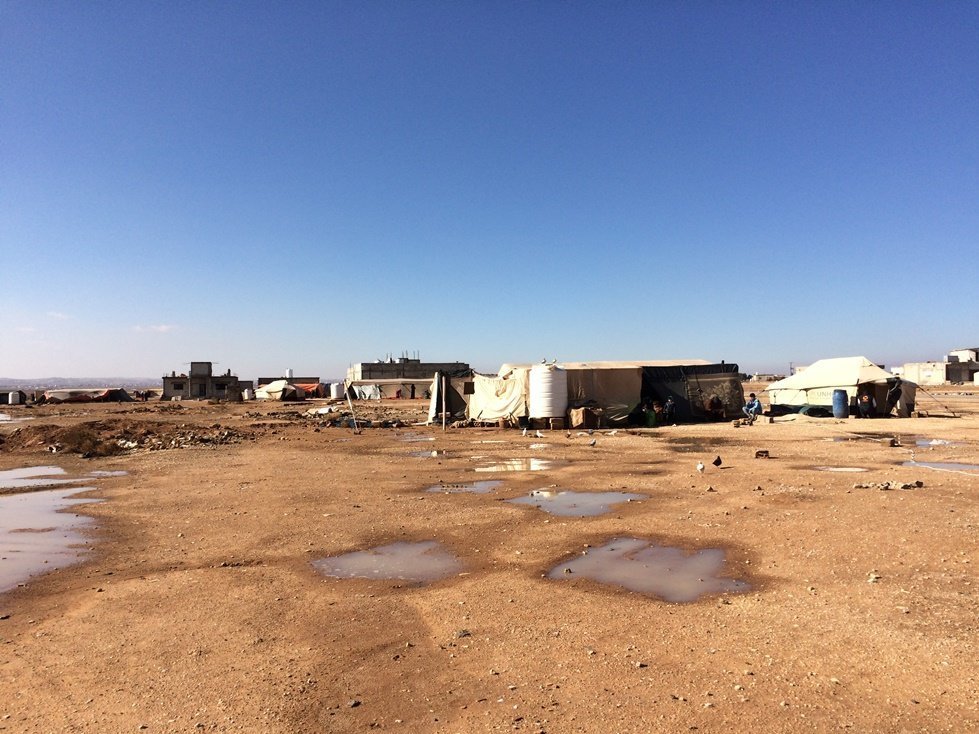 “We know that blankets and coats will not protect us from this cold,” says Barsha, looking away.

The city of Mafraq, north of Jordan, is located in a desert area. Whatever the season, temperatures fall drastically at the end of the day. In winter, temperatures during the night fall below zero.

“We are grateful for what we have, but we need more to live without being worried every morning. Today we have to borrow money from our neighbours. We also owe the local supermarket. I hope we can repay them quickly. CARE provided us with financial assistance last year, so I hope we can get that kind of help again.”

To help the family through the harsh winter months, CARE provided them with a winter kit including blankets, mattresses, a heater, and cash for a refill. But Barsha is already concerned that the winter will be long and that they won’t have enough money to pay to refill gas cylinders.

“In Syria, we had everything we needed. In the summer, we worked on farms and raised animals. We spent the winter in a warm house. In the spring, the grass grew, “she said, looking at the desert terrain that stretches before us.

When she talks about Syria, tears flow softly from her eyes. Barsha’s face is covered with graceful tattoos. Such tattoos are very common among Bedouin families with a certain background and heritage like hers. Barsha, this noble and dignified woman, now goes to her neighbours to use their toilets and wash. 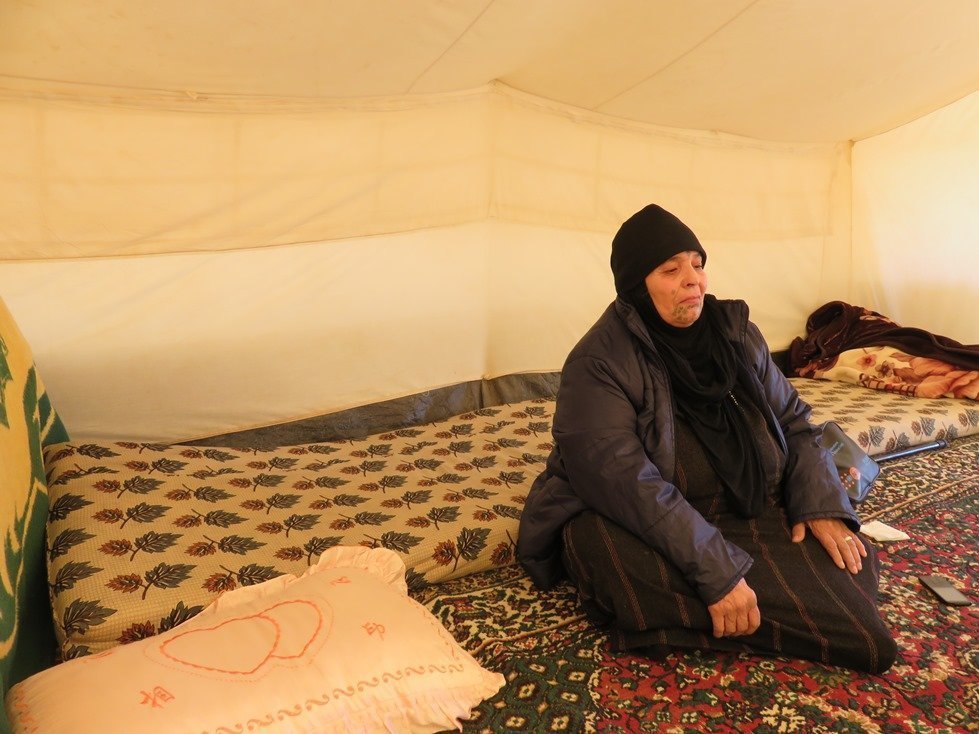 “Is there anyone who does not miss his country in exile? Especially when living in these conditions,” she asks.

Suddenly, she worries: “I have not even offered you tea!”

We reassure her and I ask her what she wishes for the future.

“Pray for us,” she answers. “I also wish for you to be happy. CARE has helped us. I consider you now as my children. You are my son,” she said, addressing Mohammad, who is in charge of our programs in Mafraq, “and you are my daughter. I wish you a beautiful life, now and in the future,” said Barsha, taking me in her arms.

When we leave her tent, Barsha comes with us. She sits proudly in the sun, not worrying about the weather that becomes colder as the sun heat starts subsiding.

You can help women like Barsha and their families survive winter in exile.