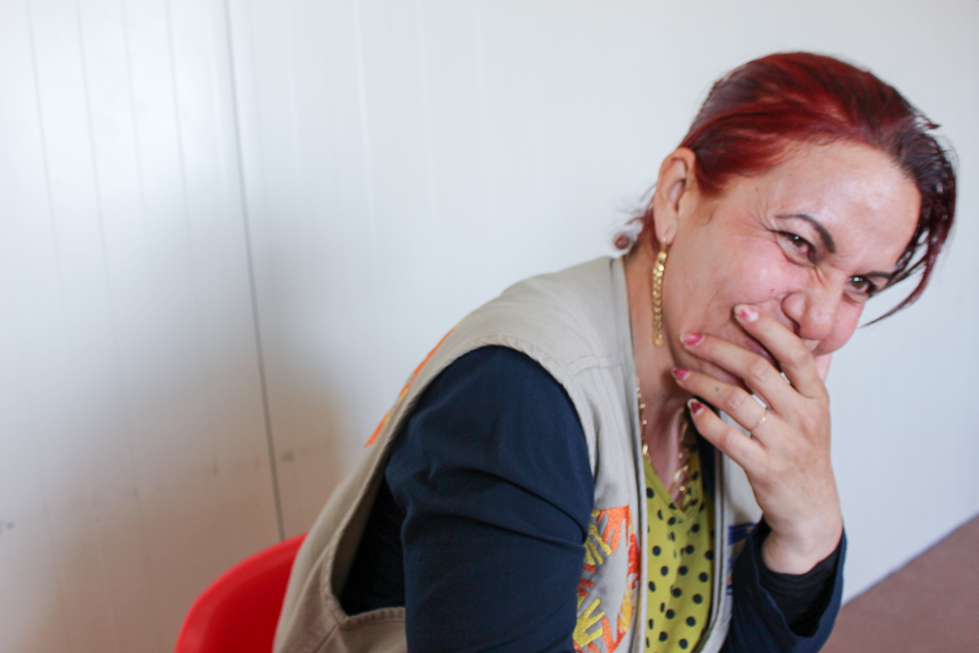 Maxime Michel leads CARE Canada’s humanitarian and emergencies team. She traveled to Northern Iraq in 2016 to report on CARE’s work with displaced persons in Berseve 1 camp.

Nadima Haydar laughs and smiles shyly as I take her picture. She’s more comfortable doing her work than being photographed. Nadima is the first female plumber in Berseve 1 displaced persons camp in Northern Iraq.

Nadima doesn’t like sitting still – she’s always looking to get something done. She took a break from her tasks to tell me how much she enjoys her work.

Even though a plumber is typically a male role, Nadima has no problem putting a wrench in gender stereotypes. Everyone helping to manage the camp is thrilled to have her as part of the team, and it was obvious that she is well-respected throughout the camp by both women and men.

Growing up, there was no older male in her household, so her uncle taught her how to be handy.

“At home, I’ve always been the fixer,” she says.

Before she became a plumber in the camp, Nadima was a hygiene promotion volunteer with CARE and our partner organization, Harikar. Even though she’s changed jobs, she can’t help but notice when things aren’t hygienic and makes sure the right people are informed so things get cleaned up quickly.

For her work, she receives a $300 US monthly stipend. It is spent quickly on essentials like food, clothing and health needs, but doesn’t really allow her to have savings. 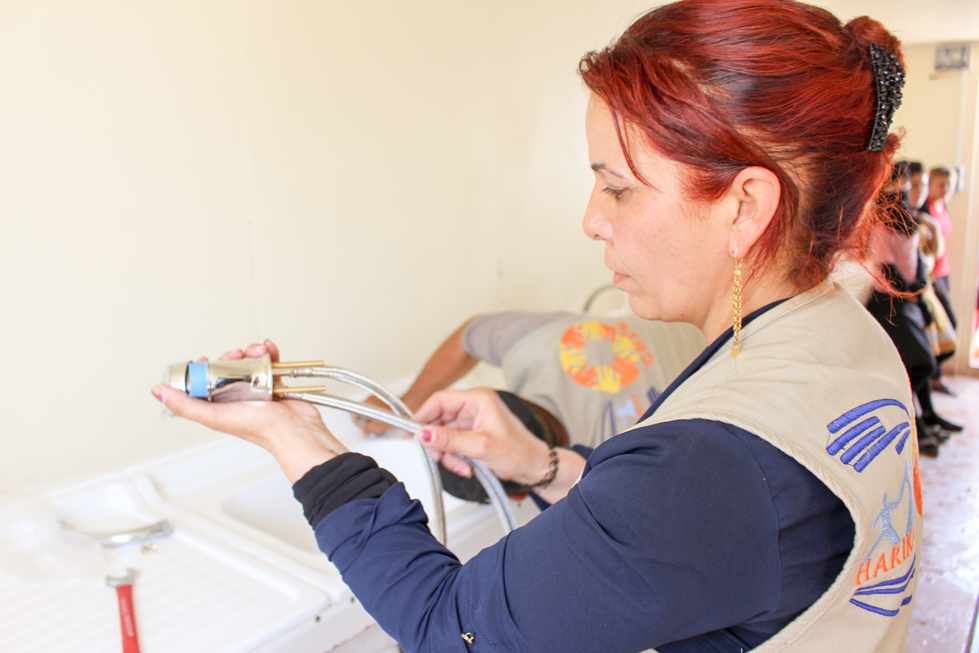 Before she was displaced from her home due to ongoing conflict, Nadima was a tomato farmer with a grade nine education.

“I like it better than farming for sure,” she says.

She enjoys her job, she feels strong and empowered. I ask her if she has received any negative treatment being a female plumber and working in both women and men’s facilities.

“Everyone is happy to see a woman working,” she says.

She says she has not experienced any negativity.

As I speak to Nadima and others and walk around the camp, I can’t help but think about the other refugees and displaced people I’ve met working at CARE. I’ve been fortunate to be able to meet refugees from Syria and many other places who live in camps, but also who live in cities in host countries. One thing I hear over and over again is that people simply want to be able to work and provide for their families, but it’s not always easy. Many are not permitted to work as they are not legal citizens. But in camps like Berseve , organizations like CARE are able to provide jobs & opportunies to people in the camps, so they can actively be involved in their own community. à It’s their home, so they know better than anyone how to make it function.

As the global refugee crisis continues to evolve, my hope is that women like Nadima can return home and live in peace and safety with their loved ones. For now though, let’s continue to advocate for them, listen to and empower them, and urge world leaders to end the violence.

Learn more about how CARE is supporting refugees and displaced persons around the world, or contribute to our efforts.