After the worst drought in living memory, Amina Suleiman has nothing but cardboard to feed her cows.

“It is better they have something in their stomach”, she explains.

Well into the third year without any substantial rain, people are struggling to survive in the village of Barwako (also referred to as Kaam-Barwaaq) in the Sool region of Somaliland, a self-declared independent state in the north of Somalia. All shops have closed. Nobody has money to buy anything.

The village used to get water from a catchment system with underground tanks constructed by CARE. Having been dry for a long time, the tanks are now broken. There are no wells nearby. People depend on water being transported to the village by tanker trucks, which is getting increasingly expensive.

“When animals die, we are next”

More than 90 per cent of the livestock in the area have died, including camels. Around the village there are heaps of carcasses. By the look of remaining goats and cows, it is sadly apparent that they do not have long to live.

“Once all the livestock is gone, you and I are next”, says the District Commissioner, Said Nur Abdille at meeting with residents and CARE staff.

Villagers inform us that respiratory diseases and stomach infections are on the rise. They say one woman died in February from acute water-borne disease. Children suffer from malnutrition, having depended on goat milk for nourishment.

Two thirds of around 350 households in the village and the surrounding area are currently receiving emergency assistance from CARE in the form of cash and food items. But people share everything with their neighbours, explains Abdille.

“This drought has affected everyone, everywhere”, he says. 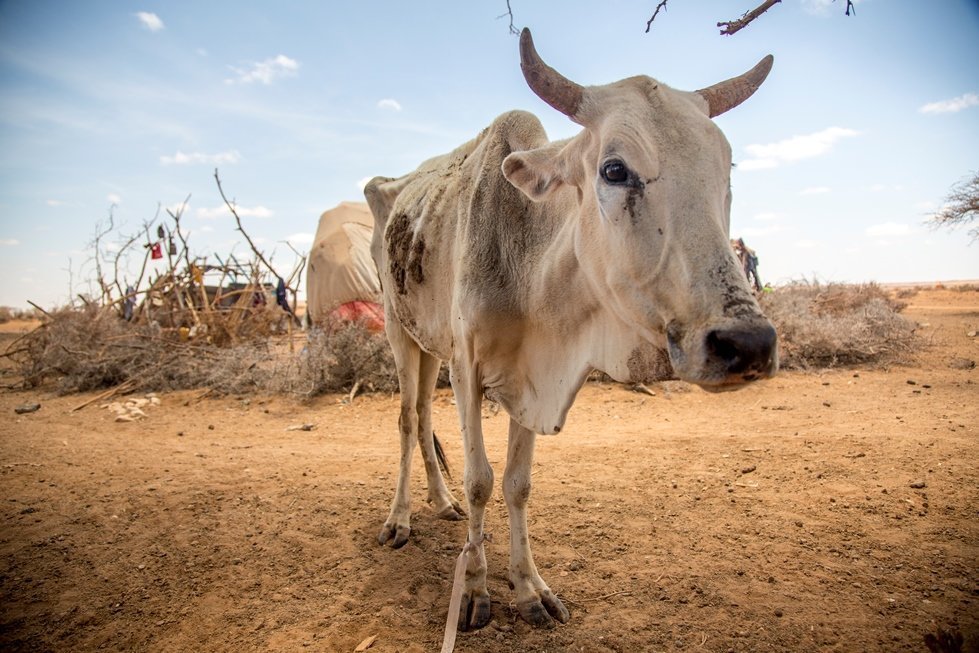 No money, no markets

The women in the local Village Savings and Loans Associations have done their bit to support the most vulnerable among them, but now there is little left to spend and nothing to save.

“We have had to close down everything because of the drought,” says Amina, a grandmother in her early fifties taking care of nine children, including three whose parents have migrated.

She explains how the drought has bankrupted the women’s businesses.

“While we were still hoping for rain, pastoralists bought what they needed on credit, thinking they could pay it back when their livestock recovered. Now the animals have died, and shopkeepers have no more money.”

Amina herself had set up a shop with a loan from her savings group, selling food, soft drinks and sweets. She had to close it down last October, when no one was buying anything. She has not been able to pay back the loan, and she does not know if or when she will ever get back money owed to her by customers.

“They think it is food”

As everyone else in this area, she also keeps livestock. Back in October, she sent 50 goats and sheep with a neighbour who was travelling west for better pasture. He returned last month with 30 animals. Since then 18 have died, so she is left with twelve goats. There is no fat left on their tails, and it is clear they may only have days to live. Amina had 30 cows, now she has six. One of them is tied to a small tree next to tray containing a piece of cardboard.

“We mix paper with water and they think it is food,” explains Amina. “It is better they have something in their stomach.”

The food that Amina and her neighbours receive from CARE – wheat, flour, rice, beans, dates, sugar and oil – is enough for her, her husband and the children, but not the livestock. She realizes they will soon have to carry more animals some hundred meters from the family’s huts to the place where they are burned.

“Now we need food and water. Next we will need new livestock – and training for new vocations,” says Amina.

Give now to help deliver life-saving asssistance to families like Amina's.