The Top Five Myths About Famine

To the people of South Sudan and other countries suffering from extreme hunger, “famine” is just one of many words used to describe the level of misery they could face. The word “famine” may not mean much to them, but for the people working on the front lines of this food crisis, the word carries heavy significance. It’s an important word that is also sometimes misunderstood.

Here are five common myths about famine to provide a deeper understanding of this important word.

1. There’s always a famine happening somewhere in the world.

Although nearly one billion people around the world suffer from hunger, famines are actually rare. In the past 15 years, only two famines have been declared around the world. Famine was just declared in parts of South Sudan, but the last famine declaration was six years ago in Somalia. Humanitarian groups and governments use a system known as the Integrated Food Security Phase Classification (IPC) which is a standardized set of tools used to assess the severity of hunger in a given area.

“Famine/Catastrophe” is the most severe classification, and is declared when all of the following thresholds are met:

2. People don’t start dying until a famine is declared.

By the time a famine is declared, it’s usually too late for many people. Of the 260,000 people who died from hunger or hunger-related illnesses during Somalia’s 2011 famine, nearly half died before the famine was officially declared. Our goal should be to avert a famine, not wait for a famine declaration to act. To the people who are suffering from lack of food and malnutrition, whether it’s called a ‘famine’ or a ‘food crisis’ makes little difference; people are literally starving to death, and help is needed as much today as it was yesterday. The UN recently announced there are 20 million people at risk of famine in South Sudan, Northeast Nigeria, Yemen and Somalia. Now is the time to respond to the escalating needs in these countries to prevent millions from starving to death.

3. The root cause of famine is lack of food.

Famine isn’t caused solely by drought or a bad harvest. It’s a side effect of severe poverty, often exacerbated by war. Remember: the same drought that affected Somalia during its 2011 famine was also present in neighboring Kenya and Ethiopia. Only Somalia fell into famine, because it was a warzone. Of all the countries at risk of famine right now, the one common denominator is conflict. Experience from the Horn Africa has shown that the risks of famines always drastically increases whenever severe droughts and conflicts combine. In South Sudan, a violent conflict is forcing millions of people from their homes, blocking access to humanitarian assistance, destroying their livelihoods and driving up food prices that has crippled the economy. The best solution for preventing widespread famine in South Sudan and these other countries is for armed groups to lay down their weapons and allow aid groups to access those most vulnerable with lifesaving food aid. 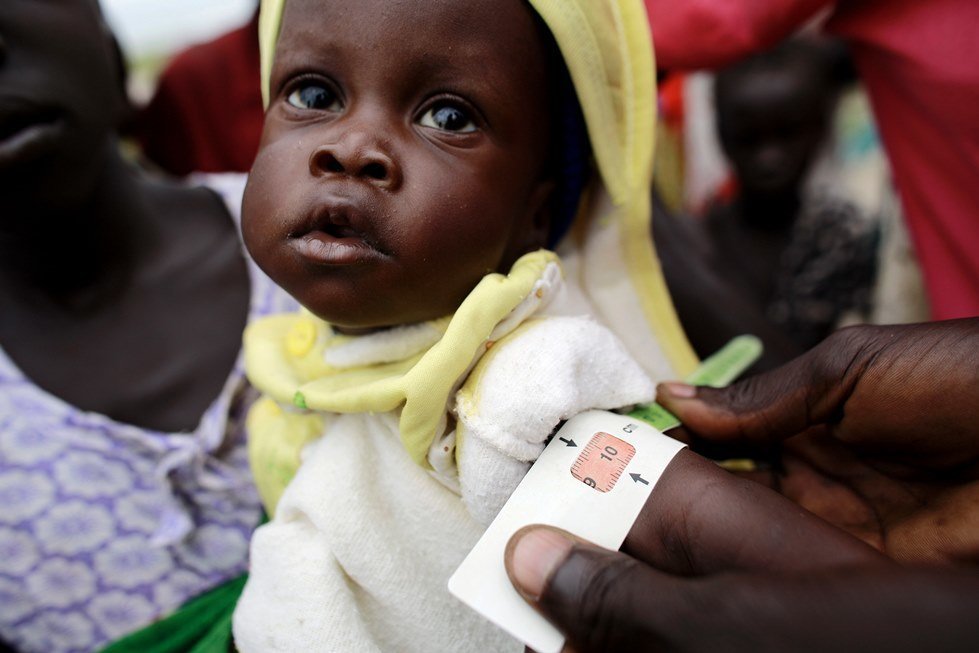 4. To prevent children from dying in a famine, they simply need food.

Children are the most impacted by famine and, not just because of lack of food, but lack of nutritious food and supplements to help them survive preventable diseases like pneumonia or malaria. In the 2011 Somalia famine, half of the nearly 260,000 deaths were children under five years old. Today the UN estimates more than one million children under five in South Sudan are acutely malnourished. Global acute malnutrition(GAM) rates among children under five are above 30 per cent in the areas of South Sudan where famine was declared and above 15 per cent in other parts of the country, which is well above the 10 percent emergency threshold.

5. Donations are needed most after a famine is declared.

We can actually prevent more death and misery by acting earlier. Donations are needed now so humanitarian aid groups can intervene with aid that can save lives and help avoid a famine. The UN issued an emergency appeal of $4.4 billion that is needed by March to prevent humanitarian catastrophes from sweeping across South Sudan, Yemen, Northeast Nigeria and Somalia. They need lifesaving resources right now to prevent millions of preventable deaths.

Give now to support CARE's Emergency Response Fund which allows us to send help where it is needed most, often before the public is aware of an emergency and has begun to support us.