Syrian refugee crisis: “I have to be stronger than any pressure I face”

After we escaped bombing in our city of Homs in 2013, we decided to leave Syria. My five children and I started our journey along with my sisters and an uncle. When we came to the border, my uncle and sister were allowed to cross because my sister had a medical issue. The rest of us were refused. We went to Dara’a and remained there for almost a month. I felt like a stranger there, but it helped being near other families from Homs. I felt safe.

When we finally entered Jordan, we were reunited with my relatives and together we moved to Zarqa in the northeast. Eight months later, my uncle passed away. One of my sisters lives close by, in the same neighbourhood. The other one moved when her husband came from Syria.

A month after arriving in Jordan, I heard that my husband had been arrested. He spent 17 months in prison. Then he was released, but disappeared soon after. It has been two years since I have heard anything about him. I still have hope that all of those arrested will be released.

All of my children are in school, except my oldest daughter. She is 18 years old. Back home, she was a great student, but after we came to Jordan, she struggled to adjust to our new life. She could not go to school anymore. Recently she was engaged to a young man who also fled the war in Syria.

When I think about my own life, I was 23 years-old when I became engaged. Later, I realized that that was even too early for me! I didn't want my other daughters to be engaged so young. I wish my eldest would continue her education, but I think she is mature enough to start building her own life. It may be easier to take care of my own responsibilities if there is one less person in the house. 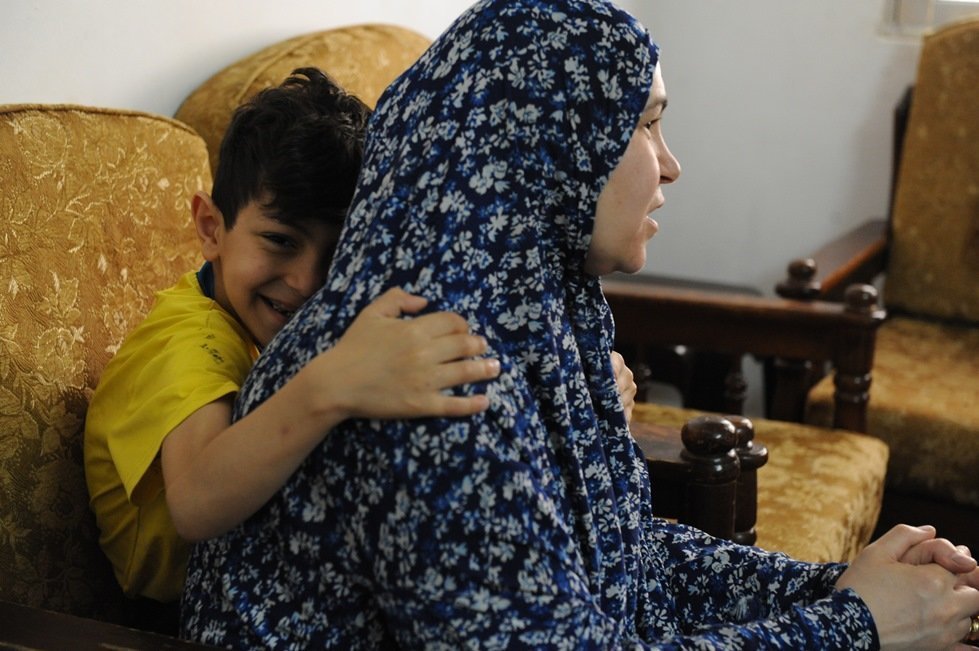 I stopped going to school after 10th grade, because I had to take care of my siblings. I encourage my kids to continue their studies. It is my dream to see them succeed in school. I would like to be able to hire a private tutor to help them, but they are expensive. I am thinking about resettlement just to provide a better education for my children. It would be hard to do that, though. We don’t know anyone abroad.

We receive cash assistance each month. Most of our money goes towards paying rent and the remainder should cover our other bills and expenses, but is very hard – impossible – to do that. I am thinking about moving out of this apartment. When my sister used to live here, it was much easier to pay our bills, but she moved out three months ago. We are having hard times again. Our family here is not able to help. They have their own bills to pay. I wish I had a job.

I have good relationships with my neighbours, which helps me cope with a lot in this new place. My children like to play around the house with their cat, Cappuccino. Together, we like to talk about our life back home. They remember eating our delicious hummous and playing games with their friends.

Like children everywhere, they have dreams. Batul, who is 9 years old, wants to travel to America. She wants to be a doctor. She likes hospitals! When her aunt had surgery, she visited a lot – and asked so many questions! My youngest son, Moutaf, who is 6, hasn’t decided what he’ll do – only that he wants to take care of me.

I try to keep the memories alive of our life in Syria. I remind my children of their family home and their father’s business. He was a mechanic, a very handy man. I want them to remember our culture. I live in the hope of seeing my husband and the rest of the family again, and to have the same kind of gatherings we once had. It is all about hope and patience. I have to be stronger than any pressure I face.