Dadaab: Women carry not only water, but also responsibility

Hado Abdi Gedi made a change in her community – but it wasn’t easy. Men kept approaching her full of anger, sometimes even calling her names. Why? Because Hado works. More precisely, because she is doing a job which has always been reserved for men. She is one of three female security guards watching over water tanks in Dadaab refugee camp in Kenya.

Usually women stand on one side at the water tanks when they fill their yellow canisters with clean water. Each family has several canisters and gets about 33 liters of water per person per day. This is a Somali tradition that was practiced by Hado before she came to Dadaab in 1997. But Hado broke the glass ceiling. The 28-year-old is not only in charge of the security around water tanks, she also ensures that the refugee community receives fresh water twice a day.

“I am proud to have a job. For me it is important to bear responsibility – not only at home but also for my fellow Somali people,”says the young woman with a smile.

With the support of European Commission Humanitarian Aid department (ECHO) Hado contributes to a supply system that supports more than 160,000 refugees – more than half of the camp’s population – with almost five million liters of water per day. Hado is one of 1,600 CARE refugee incentive workers who maintain the water system, support food distributions, and conduct hygiene training in refugee households.

For more than 25 years, CARE has not only worked for but also with refugees in Dadaab. Among CARE refugee volunteers, there are more and more women joining in a variety of important roles. For CARE, it is always a question of equality and opportunity for women in the community.

“The promotion of women and girls is one of our main concerns,” says Nixon Otieno, Senior Program Manager for CARE in Dadaab. Hado got the job even though she never went to school.

“In Somalia I was not allowed to leave the house. I could never go to school. But a lot has changed since I moved to Dadaab, “she says.

The ongoing civil war and the consequences of severe droughts in Somalia forced Hado and hundreds of thousands of families to flee their home country. In Dadaab, Hado got married, gave birth to her children, and became the head of her family after her husband passed away.

“After the death of my husband, we needed money to survive,” explains Hado. 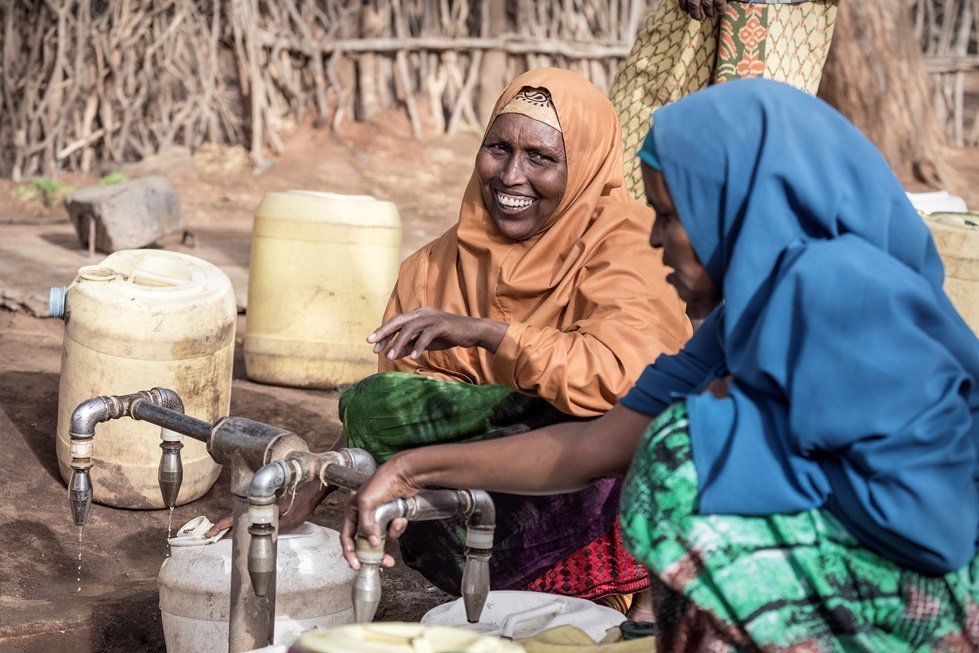 That is why she made her way to the bulletin board with job offer postings.

“At first I was trained to do hygiene promotion, then I worked in one of CARE’s water committees until I finally applied for the job as a water tank safety guard.”

At first, Hado had to fight for acceptance in her job, but now the community has accepted her position.

“In the beginning, men came to me and complained, but I simply did not listen. I just did my job,” says Hado. “Now they know that I take my job seriously and provide the community with water on time. Now, everyone has faith in me – even the men.”

With the small amount of money she receives from CARE, Hado mainly buys school materials for her children, who all go to school in the camp. Hado wants her children to be able to take care of themselves in the future, without having to rely on monthly food rations distributed by aid organizations. She would also like to see women achieve a higher status within Somali society.

“Sometimes we have to challenge men. Taking responsibility has helped me to feel more confident than ever before. I hope that more women will have the opportunity to take their lives into their own hands,” says Hado.

In the shadow of the pandemic: 10 crises that didn’t make headli...