A day in the life: A female aid worker provides clean water in Yemen

Three years after the escalation of the conflict in Yemen, the country has the greatest level of humanitarian need in the world. Over 70 per cent of the population is in need of some form of humanitarian assistance; millions lack access to safe water and more than 60 per cent are of facing severe food shortages. Compounding these challenges is a fast spreading cholera outbreak. The health system is in near collapse and other public services have become almost non-existent.

Mona Mubarak Al Kawkabane is one of CARE’s field officers in Yemen. For the last three years, she and her colleagues have also experienced the effects of the prolonged conflict in Yemen. At the same time, they have dedicated their time to helping the people from their communities to cope in an environment that presents constant challenges.

Mona shares a small apartment in the city with her colleagues Ola and Kayeleh. The three women are not originally from Hajjah and have no family ties in the city. This was a difficult adjustment for them in the beginning because in Yemen it is considered unusual for women to live by themselves. They have supported each other through these challenges and having each other for support has made a big difference.

My colleagues and I have a very early start to our work day, since most of the villages are far off and can take up to four hours to reach. Hajjah is mountainous and the roads are rough.

We are stopped several times at security checkpoints where we may spend a few hours before getting cleared to move on. Often, we will be asked to present a male guardian (Mahram) – a requirement for females to be accompanied by either their husband, father or brother while travelling. This can either delay our mission or stop it entirely.

In the villages, our team visits families in their homes and talks to them in order to understand their needs. For most families, the needs are overwhelming and they seek any possible assistance. 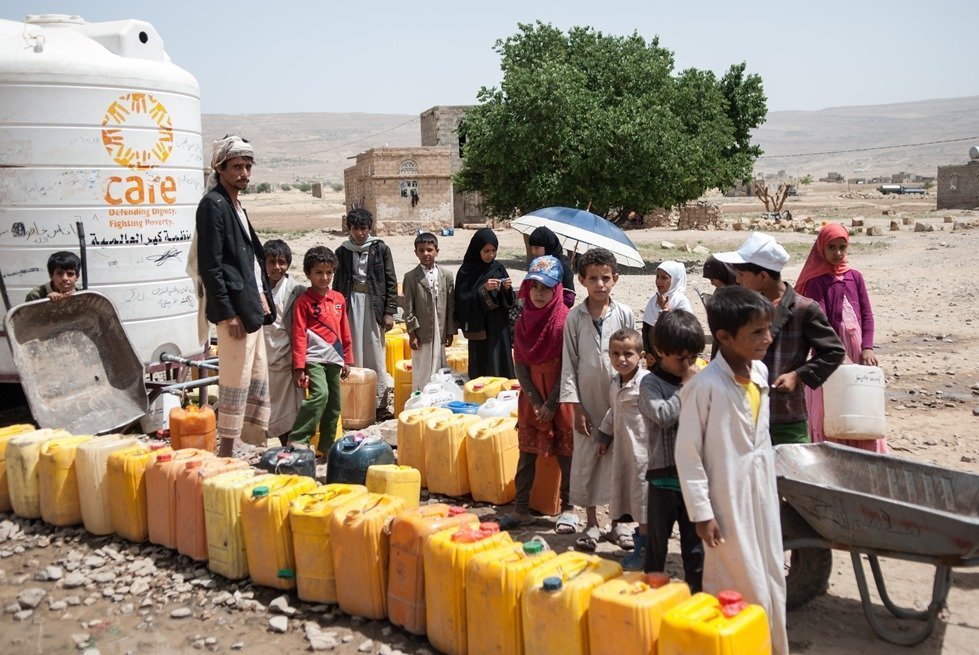 In Al Shagadra village, which is located at the top of a hill, the greatest challenge is access to water. I speak to 16year-old Aysha, who until recently used to walk for three hours just to fill up a ten litre bottle with water. On her way back, she would end up drinking a large share of the water because of the heat and the long journey back. The well or water tank where she collected the water was very dirty and not safe for drinking.

CARE has since constructed a well in the village. This has drastically reduced the distance that women and girls like Aysha need to walk to collect water. The water is also regularly tested for contamination and treated to ensure that families like Aysha’s use safe water for drinking and cooking.

The families we meet and talk to are very generous and often invite us to have meals with them despite the food shortage. Even in the midst of this crisis, Yemenis have not lost their generosity. This encourages us to do even more to help. Depending on how much we can get done throughout the day, our team may choose to spend the night in the village or return to the city.

Most evenings, I reflect on my life and why I help people. I recall how, as a young girl, I would sit outside my house and watch children my age go to school. One day, I followed them. My father was very angry and demanded to know why I had gone to school without his permission. I told him how much I wanted to learn. My father became very emotional and in the end sent me to school. Now I am the first woman from my village that has earned a university degree.

I know that I am working where I’m needed the most. I will continue to help where it is needed, as it makes me very happy. This is my greatest achievement.