‘Everything is beneath rubble’ Testimonials from Cuba following Hurricane Irma

Only a few days after Hurricane Irma struck, CARE’s staff in Cuba visited some of the hardest hit areas in the country and spoke to the people affected in the province of Villa Clara. Here are some of their testimonials:

“I feel very bad, both physically and emotionally. I just went through cancer surgery and now with such a disaster I have no idea of when I’ll be able to get out. I lost part of my house and most of the things I own got wet. I hope God helps me, although the government has never abandoned us. I know the situation in which the country is in is serious since many places have been affected. If I were to receive aid, the most important thing for me would be with the walls that collapsed and of course, a roof.”

“I had never seen so much wind. It was the longest day of my life, and it was even worse when I saw my house had been destroyed. What am I supposed to do? I have three children that have problems.”

“I don’t know what to tell you, I still can’t believe it – it is sad to lose it all – to wake up and see that everything is beneath rubble and bricks and your personal belongings are wet. All I have left is to move forward, we can’t do nothing but fight.”

“The most important thing here is that nobody was harmed and I thank God for that, I hope we can recover from this as soon as possible. One of the things that stunned me the most was the strong wind. It was truly surprising and terrifying. Luckily, I did not lose anything, however a vast number of people in my community have lost a lot. The most important thing to me is to be able to recover from this as soon as possible and to do so we need roofs and things like mattresses, towels and such for the ones who lost everything.” 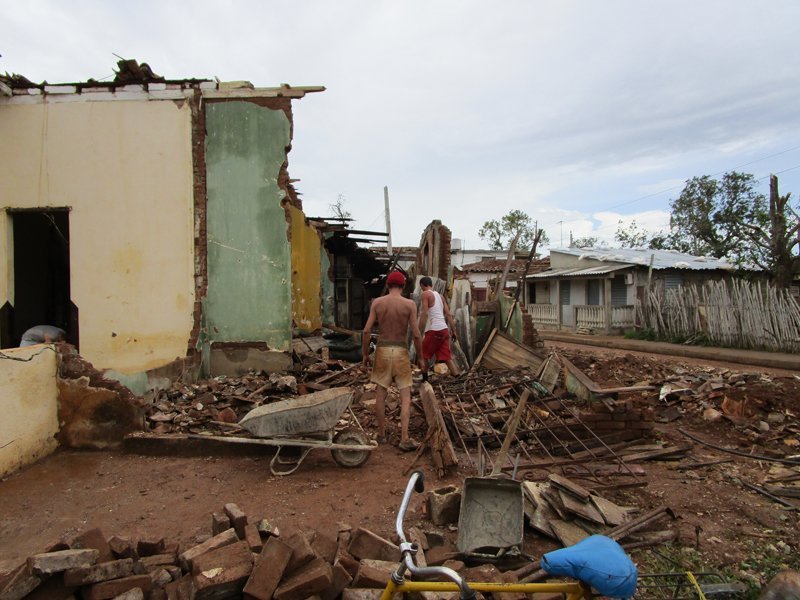 “I have never seen anything like this. I don’t know how long it will take for us to recover from this, this a very tough situation. The state will prioritize the recovery of the Keys, since the high season for tourism in that area is coming soon. That is important to be able to help the rest of the people, since the state requires a lot of funding to do so. Luckily, I was not affected, however the great damage that the roofs of the houses suffered, is without a doubt, one of the biggest problems the people now have.”

“As you can see, the walls of my house crumbled and the whole roof is gone. We had water up to our waists – I felt really scared when I saw how everything was – even the mattresses were ruined due to the water. This has been tougher on me than the breast cancer surgery I recently went through.”