Flooding in Nepal: “I get scared every time it starts raining” 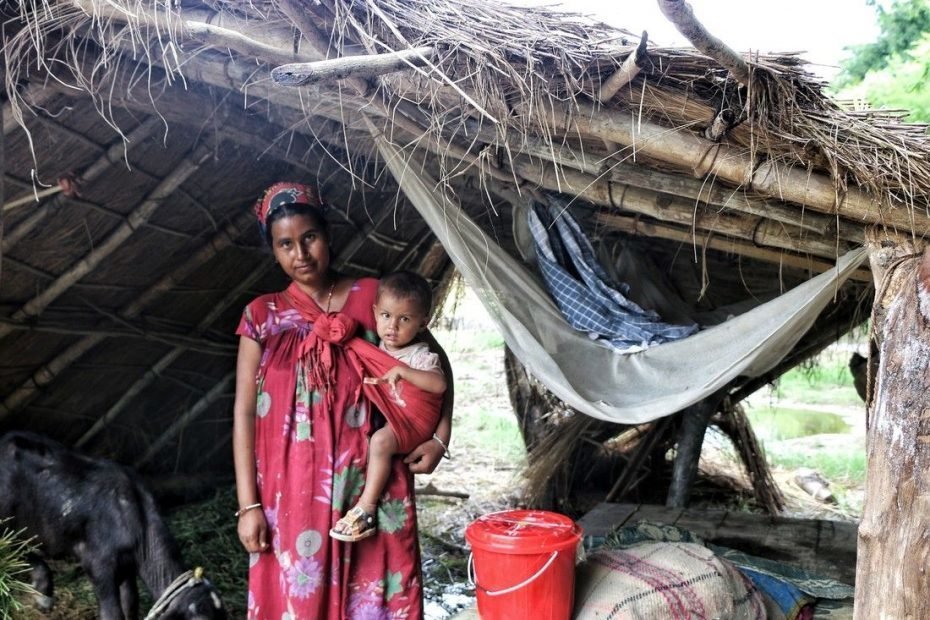 Ishwori is one young mother who was forced to flee her home in Bardiya district as the flood waters continued to rise. For Ishwori, this year’s floods bring back painful memories of similar rains in 2014 that swept away her entire village, and took the life of her child.

“Every time there’s a flood or the water level starts to rise, I’m afraid that I will lose my child again.” says Ishwori Rana. Ishwori lives in the village of Rampur Tapu in the Bardiya district of Nepal. Bardiya is in the Terai, the agricultural belt that stretches across the country’s southern plains and an area prone to flooding.

“We struggle every year during the monsoon. During the flood in 2014, our whole village was swept away. I was six months pregnant. I survived because I held on to a tree to escape the flood waters. I survived, but my child did not.”

Flooding from this year’s monsoon rains has affected 1.7 million people in Nepal, killing more than 150 and displacing thousands.

“This year’s flood was huge. It was late evening when we realised that the water level had risen and we started preparing ourselves. But the moment when I had lost my child in 2014 is always replaying in my mind, like a recurring nightmare. Nowadays, I get scared every time it starts raining,” says Ishwori.

“The only thing that mattered to me at that moment was the need to save my children from any harm. I couldn’t sleep all night and was praying for the flood waters to subside. But it didn’t happen and we had to flee our house. I was ill with typhoid at that time and my child was also feverish.”

With flood waters reaching as high as two metres in some places, many people have sought shelter on roadside embankments or anywhere they can find higher ground. Others, like Ishwori and her family, have taken refuge in a temporary camp.

“It is very difficult to stay in camps, especially as a woman and a nursing mother. When we arrived, we didn’t have anything with us. My child and I had to sleep on the cold floor. The flood water had damaged our crops so we had no food to eat.”

Thanks to your support, CARE is helping families like Ishwori’s who have been affected by the floods. We are providing food, household items, hygiene kits, water purification tablets, mosquito nets, shelter materials and supplies for mothers of newborn babies.

“We are grateful to CARE for helping us,” says Ishwori. “Our children would probably starved or fallen ill had we not been helped.”

To help us ensure we can respond right away, CARE Canada has set up the Emergency Response Fund (ERF). The ERF is not restricted to a particular emergency or country, which means we can use these funds where help is needed most, often before the public is aware of an emergency and has begun to support us. Donations to this fund are used to support all aspects of CARE’s humanitarian work in a wide range of locations and contexts.