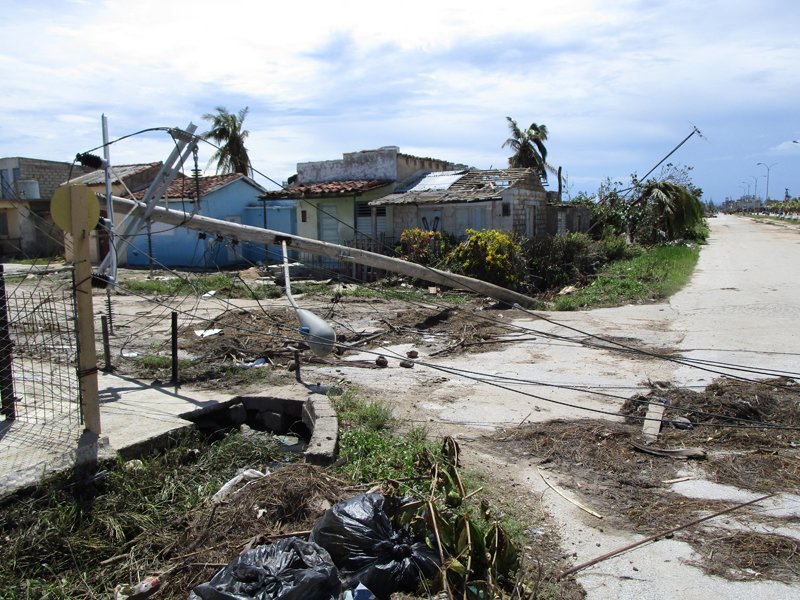 [HAVANA] One week after Hurricane Irma, Cubans are returning to broken homes and facing a serious impact on the economy as the country looks to rebuild.

“I still can’t believe it – it is sad to lose it all – to wake up and see that everything is beneath rubble and bricks and your personal belongings are wet. All I have left is to move forward,” Maribel, a woman from heavily-hit Villa Clara province, told CARE’s team.

Hurricane Irma made landfall Sept. 8 as a Category 5 hurricane, one of the strongest storms to hit the island nation in decades. Virtually the entire country, including Havana, was affected as Cuba faced hurricane conditions for 72 hours. While it weakened to a Category 4, the storm left a devastating trail particularly along Cuba’s northern coast.

CARE’s local partners have been deployed across the affected regions and are currently assessing the impact of Hurricane Irma. CARE’s teams report there still remain communities completely shut off and there are concerns power may not be restored for weeks.

CARE’s assessment team reports that in some communities along the north coast at least half the homes have been partially or totally destroyed. High winds have blown off roofs while flooding washed away personal possessions and contents. Power and telephone lines are down and schools, fields, buildings and key infrastructure have been impacted.

“I had never seen so much wind. It was the longest day of my life, and it was even worse when I saw my house had been destroyed. What am I supposed to do? I have three children that have problems,” a man named Leocadio told CARE’s assessment team.

Ten people were killed from Irma and the number directly affected has not yet been released. The UN reports that 3.1 million people are without water service. Cuba’s agriculture was also hit hard with more than 10,000 hectares of food production damaged. There are further worries about the impact on tourism leading into the holiday season.

The Cuban government is leading relief and recovery efforts. In advance of Irma, more than two million people were evacuated in government centres or the homes of friends and relatives. Local authorities are now working to restore power and clear roadways from debris so people can return home.

CARE and local partners are preparing to support these efforts with emergency programming initially targeting 20,000 people in the provinces of Villa Clara, Camaguey and Holguin. CARE will focus on clean water, hygiene and sanitation support and also look to help people with shelter assistance to repair damaged homes.

CARE has a Canadian spokesperson available inside Cuba. To arrange an interview, contact:

About CARE International in Cuba:

CARE has been active in Cuba since 1995 with programming focused on food security, water and sanitation, disaster risk reduction, humanitarian assistance, and gender equality. CARE’s emergency team is experienced responding to hurricanes and actively prepares for these disasters as part of emergency planning. CARE responded to Hurricane Sandy (2012) and Hurricane Matthew (2016).