7 things you need to know on World Food Day

20 million – that’s nearly more than the population of all major cities in Canada combined – and that’s how many people are affected by one of the biggest humanitarian crises since World War II. Imagine everyone living in London, Berlin, Madrid, Rome and Paris at risk of dying because they do not have enough to eat! This is how many people are facing starvation and famine in Yemen, South Sudan, Somalia and Northeastern Nigeria. The situation in Yemen is most critical, with more than 17 million people there already food-insecure and seven million one step away from famine.

Learn more about the situation in Somalia, Yemen, Nigeria and South Sudan>>

2. Famine is only the tip of the iceberg.

Worldwide, 1 in 9 people – 815 million – do not have enough to eat. A famine is declared when we are dealing with the absolute worst-case scenario, meaning that people are already dying. This is what happened in South Sudan, where famine in parts of the country was declared earlier this year. In Yemen, Nigeria and Somalia, famines are looming, but could be prevented for now. In technical terms a famine means that at least 20% of households are facing extreme food shortages, more than a third of all people are acutely malnourished and the death rate exceeds two persons per day per 10,000 people. The old saying “prevention is better than cure” means that we must act before famine is declared. When people are severely or acutely malnourished, their bodies are not getting enough vitamins, nutrients and minerals. Many children who are malnourished for significant periods of time will suffer long term damage – they will not grow the way they should and their physical and mental development is badly affected. According to the WHO, malnutrition is one of the main causes of 45% of deaths globally among children younger than 5. 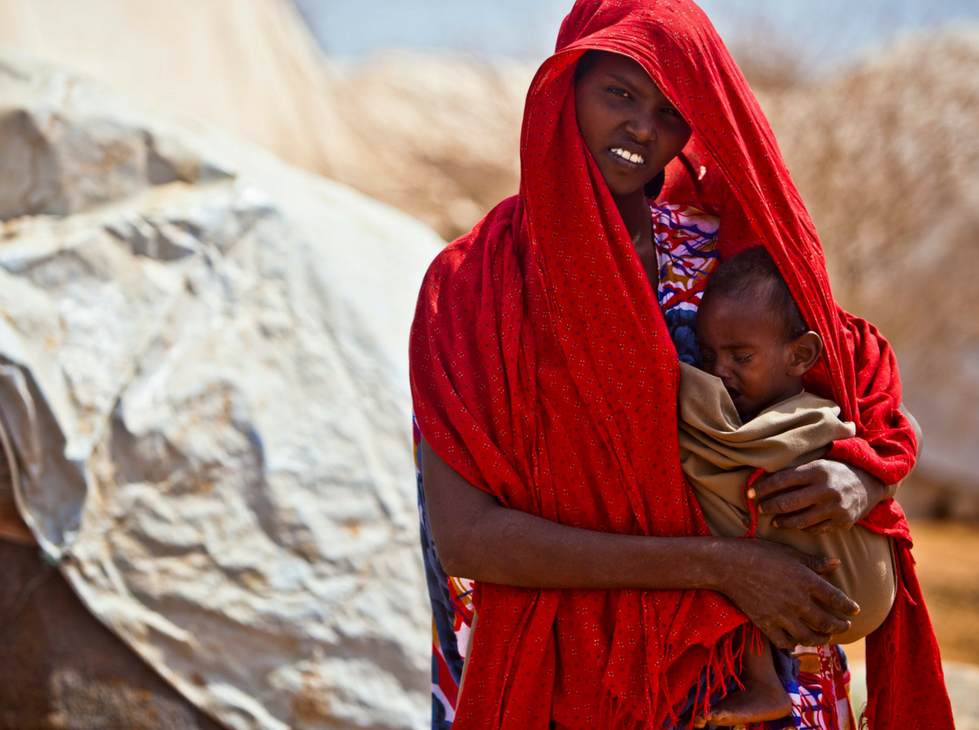 3. Women and girls are bearing the heaviest burden.

Women and girls are at the forefront of hunger crises and the looming famines are no exception. In Yemen, mothers have to make impossible choices. They have to decide whether to treat or to feed their children while facing the triple threat of conflict, famine and cholera. In Somalia, women like Nastexo say that “they must survive for their children to survive”. And in South Sudan, 5-year old Nyasunday has to help her mother look after her siblings, cook and clean the house. In many places, CARE is seeing an increase in child marriage, with families aiming to reduce the number of dependents in the family and generating an income. Often, women and girls are more exposed to violence and do not have access to family planning. In Yemen, an estimated 1million malnourished pregnant women are at risk and without proper medical aid or assistance. Severe hunger increases risks during pregnancy and childbirth. Women and girls in those countries facing famine and displacement are also the first ones to stop going to school, eat less, and putting aside their own needs to make sure their families survive.

There are many reasons why people are at risk of dying of hunger, and many of the affected countries have struggled with extreme poverty for decades. But one driving factor in the countries currently threatened by famine is conflict.

In Yemen, South Sudan, Nigeria and Somalia millions have been uprooted from their homes as a result of war and conflict. Conflict disrupts markets, decimates trade and agriculture, destroys livelihoods and leaves people unable to feed themselves. In many places, market prices have more than doubled. Many of the 20 million people facing famine have already endured much more than hunger. They had to leave their homes and loved ones behind and many have seen family and friends die. Families on the run cannot plant their crops. The less food gets harvested, the higher the prices will be. Conflict and the lack of food changes people’s lives completely. Children drop out of school. People lack water to drink and clean themselves with. Diseases are more likely to spread, like in Yemen, where more than 770,000 people have cholera and more than 2,200 have died – a sad record, as there have never been so many new cases of cholera in a country within one year.

The ongoing violence is also making relief efforts difficult, as aid workers are unable to reach many communities in need. 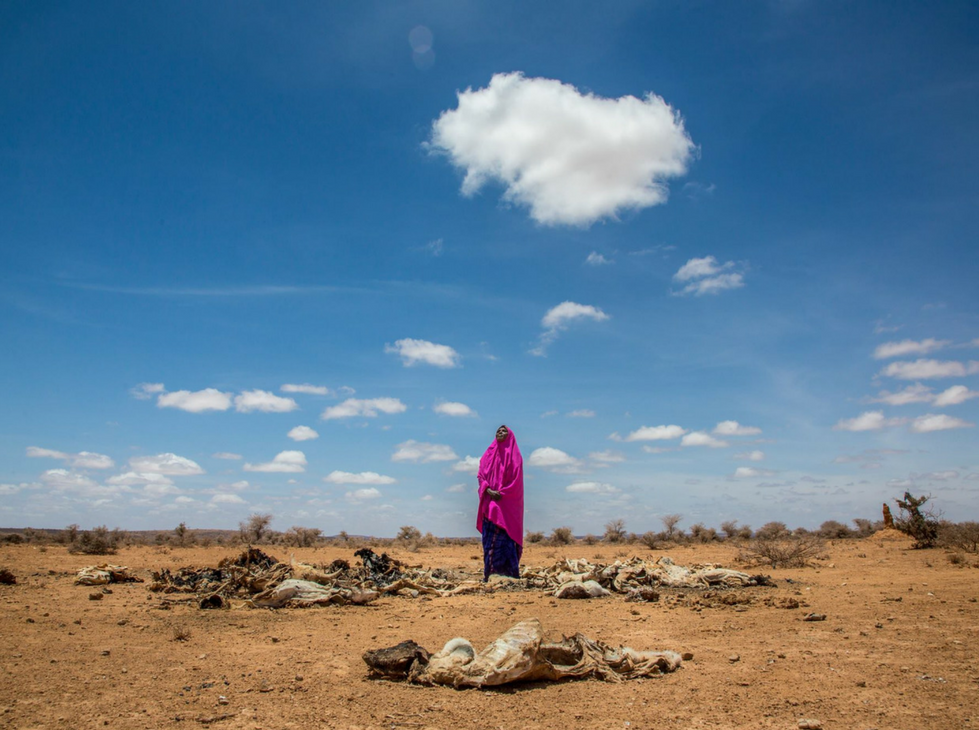 In many countries, climate change also adds to the cycle of droughts and instability and has led to severe food shortages. Droughts have become more frequent, especially in west, east and southern Africa. In Somalia, a compressed cycle of recurring drought plunges the same communities into drought again before they have a chance to recover sufficiently from the last one. The El Niños of the last two decades, exacerbated by climate change, have played a significant role in these droughts.

Here comes the good news: We can fight hunger, and prevention does work as shown by CARE on the ground. Malnutrition rates have declined in areas where we or partners have had sustained access and delivered food and nutritional supplies. CARE has scaled up efforts in all of the affected countries and already reached more than 2.1 million people with life-saving food, clean water and hygiene and sanitation – see more examples of CARE’s work here. CARE also helps people adapt and better handle future shocks. In Yemen, 30-year-old Asma has started her own tailor shop after receiving a small loan and attending CARE trainings on microfinance and entrepreneurship. She now employs more than 20 women, all of them better equipped to feed their children and live through the current hunger crisis. CARE supports families and communities to find alternative sources of income, implement cash for work programs and use better tools and drought-resistant crops. In many places, village savings and loan groups help families recover from emergencies.

Learn more about how you can help end hunger >> 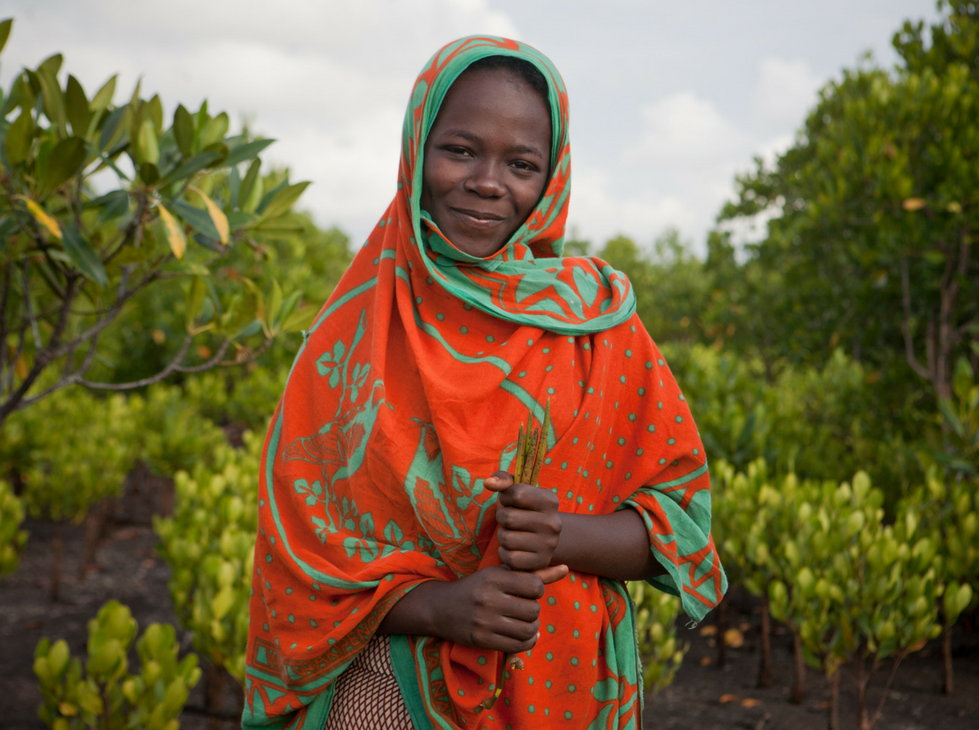 7. Preventing food crises is cheaper than responding to them.

So, let’s say we want to prevent food crises, isn’t that really expensive? The opposite is the case! The last major famine in Somalia in 2011 caused more than 260,000 deaths – half of them children. Studies show that every dollar spent on disaster preparedness saves 7 dollars in emergency response. Currently, the UN’s appeal of USD 4,9 billion to avert famine in Yemen, Somalia, Nigeria and South Sudan has been 68% funded so far. The health and lives of 20 million people depend on this assistance. The longer the response is delayed, the more people will suffer, the more they will be vulnerable to future shocks and stresses, and the more development gains will be lost. Furthermore, the longer we wait, the more costly the response will be. Humanitarian action is urgent, yes, but it must be backed up by preparedness. At the same time, we need to continue to call upon all parties to end conflicts in the affected countries so that we can spare unnecessary human suffering and avoid famine’s high economic costs.