2017 Reflection: Myanmar, South Sudan and the need for unity 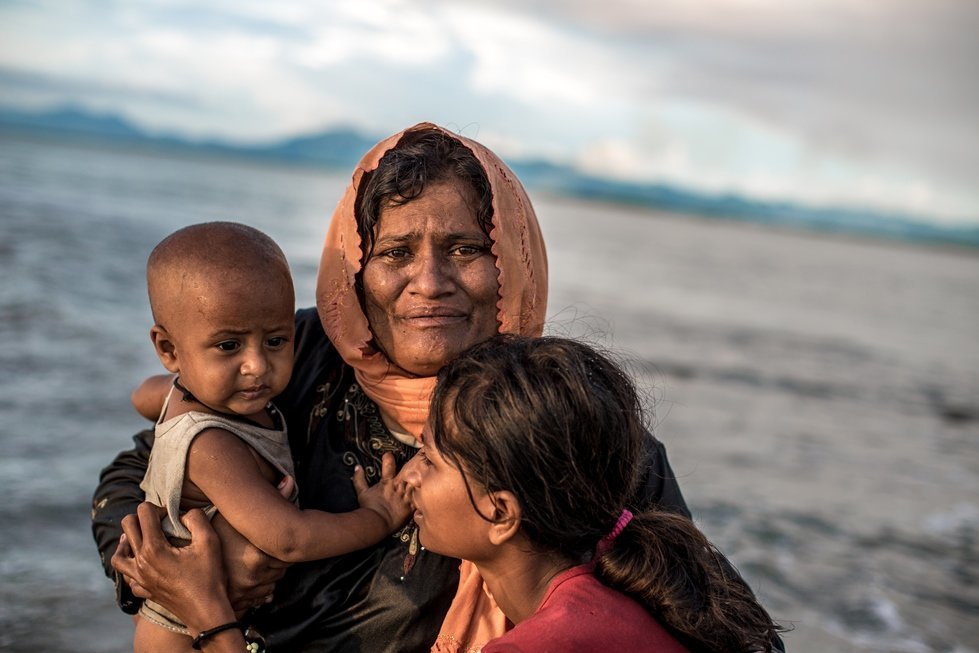 As we turn a corner into 2018, I reflect on a year wrought with change and uncertainty, but also a year that has fueled – and in some cases reignited – passions for activism, unity and inclusion.

When I think back to last January, I call to mind images of countless women and men who filled the streets for the Women’s March in their respective communities. They marched in unity – fighting for women’s rights and human rights – and I get goose bumps knowing that all those who participated chose action in the face of adversity, unity in a time of division… And you chose unity throughout the year…

In February, my heart broke when famine (a word that need never be spoken in a world as wealthy as ours) was formally declared in parts of South Sudan and other countries were on the brink. The United Nations called it the largest humanitarian crisis in history, with more than 20 million people facing starvation in Somalia, Nigeria, South Sudan and Yemen and tens of thousands more affected in Cameroon, Chad, Niger, Ethiopia, Kenya and Uganda. But with your help, as part of the Government of Canada's Famine Relief Fund, we raised over $21 million to help save lives in parts of Africa and Yemen. Yet, still millions remain on the verge of starvation and severe malnutrition.

September brought Hurricane Irma. After passing through the Caribbean, it slammed into Cuba as a Category 5 with strong with winds and heavy seas leaving massive destruction in its wake. Irma tore roofs off buildings, downed electrical lines, the impact on infrastructure and major industries such as tourism and agriculture will be long lasting. But the people of Cuba persevered and they began to rebuild. And you were right there with them sending aid and strength. We began to rebuild together.

Throughout the year, there were countless stories that didn’t make the media headlines… like the need to end malnutrition in children and pregnant women in Malawi, Mozambique and Zambia. (We were there.) Or the need to provide better access to food for vulnerable people in countries like Ethiopia, Mali and Bolivia. (We were there too.) Together, we have empowered women, girls and their communities around the world to build a better life for themselves.

Because of your support, so many children and families were helped in these dire circumstances.

Together we have accomplished much in 2017, we were present in over 93 countries at the front lines delivering emergency food, water and sanitation and continuing transformative and sustainable work in communities near and far.

But, the need is still vast.

There are images I cannot erase from my mind… like the image of a family fleeing Myanmar with nothing but the clothes on their back, running from violence and fires, where 80% of the women saw or experienced gender-based violence… It is for those women that I do my job every single day. You were there on the front lines with us in Bangladesh, ensuring that children, mothers and families received shelter, food and support. But the numbers are still growing as families continue to flee every day, even today…

In Yemen right now more than 22 million people are in urgent need of assistance, most of them are women and children. With your help, we have already rushed aid to a great number who are fighting to survive ruthless conditions, but the need is far greater.

I hope that you never doubt that your tireless hope and compassion are not only needed in the world – but felt and appreciated by those who need it most – like a child fighting to survive in Yemen right now or a mother fleeing Myanmar with her family in tears. The best way to ensure tomorrow is a better day is to take action today.

Wishing you and all of your loved ones a very safe and happy New Year.