Disability is a state of mind in Northern Homs, Syria

One can see the effects of war in the eyes and features of Hamdou Hussein Nabhan, a 40 year-old father of five small children and a citizen of Northern Homs, a besieged area in central Syria. His kind expression stands in contradiction to the signs of conflict in his house and his arduous walk. 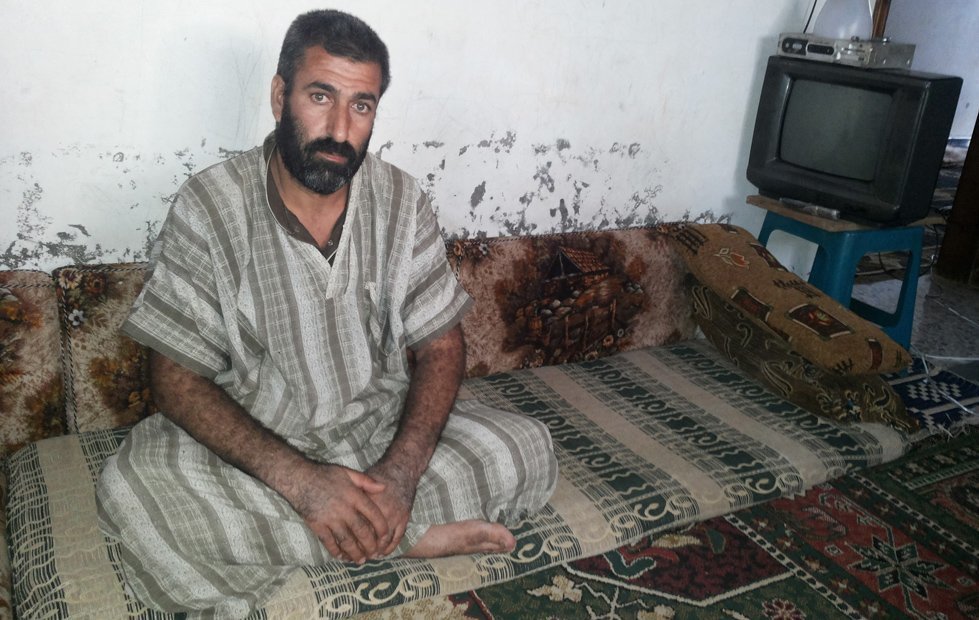 Hamdou lived 38 years in good health, working as a miller to help sustain his family, when his life was turned upside down in 2015. When battles reached his town, Hamdou’s work place was hit by an airstrike, leaving him severely injured.

The town Hamdou calls home is located only a few kilometers from a frontline between the government and opposition forces, on the outer edge of Homs. Besieged for four years, the area has frequently been exposed to attacks by numerous parties to the conflict.

The Nabhan family and thousands of other civilians are trapped in and between the towns of Northern Homs – all have been affected by the war. Hosting approximately 250,000 individuals, of which 30,000 are internally displaced, the area was characterized by high government dependency before the war. But as the war continued, and the government withdrew, large parts of the society were left unemployed and without livelihoods, causing an acute scarcity of educational and vocational opportunities. The siege has led poverty rates to skyrocket, and frequent shelling and airstrikes have resulted in high rates of physical injury, civilian casualties, and psychological trauma. Hamdou joined the ranks of the injured when he sustained shrapnel in his left foot and stomach while working in the mill in autumn 2015.

“I was taken to the hospital immediately, and while the stomach wounds were not severe, I had to undergo surgery on my left foot. Months of physiotherapy and pain followed, but my foot never fully recovered,” Hamdou explains. “The accident took from me the ability to walk normally, but it also took my job, as I was not fit to continue working in the mill.”

To counter high unemployment and poverty rates in the area, CARE’s partner Emissa initiated a farming project in spring 2017, providing some of the most vulnerable families in the besieged area of Northern Homs with agricultural inputs such as seeds and tools. Through this program several families were able to plant and harvest their own vegetables, using the produce in accordance with their needs. 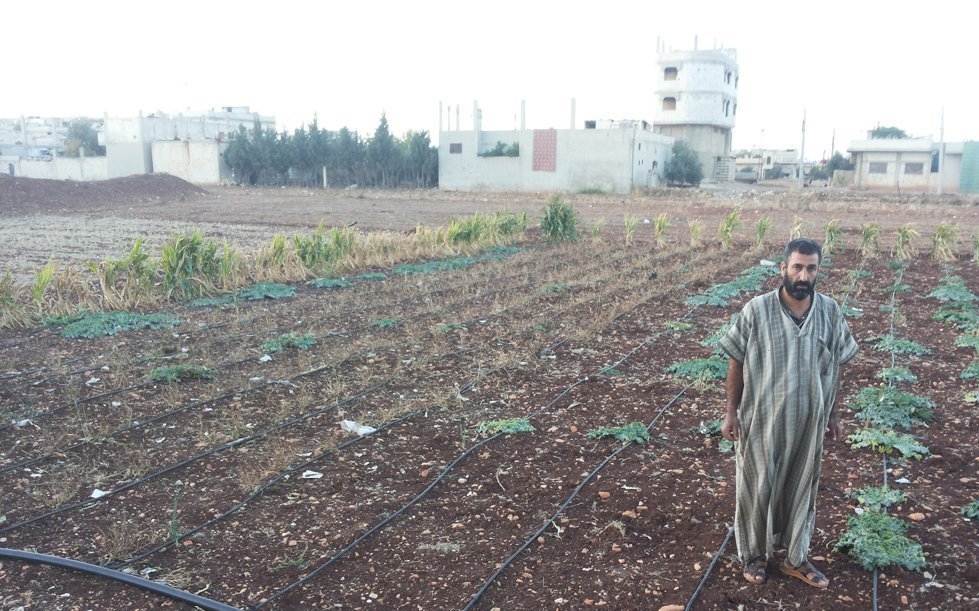 “I had been unemployed since the accident and had lost all hope of providing my family with a decent life again. When Emissa approached me, offering me work in a farming project that would help me secure an income while working with my own hands, I started to feel optimistic for the first time since my injury,” Hamdou says emphatically. The fact that people cared for his wellbeing and supported his self-reliance and participation in society regardless of his disability renewed his optimism and belief in humanity.

Farming in the context of war and aid dependency is not an easy task and the family had to overcome several obstacles. However, the agricultural project has brought the whole family together and created moments of joy and peace for them. “The field has become my sixth child and whenever it is time to reap a vegetable, my other children participate in harvesting the vegetables as if it was a game, full of excitement and joy,” Hamdou adds with a smile on his face.

Taking care of the land and watching the vegetables grow has become a joint family activity and made Hamdou realize that his biggest challenge in dealing with his physical disability is overcoming the ‘disability’ in his thinking. “Farming helps me to forget about my handicap. I do everything in the field myself: I prepare the land, I plant the seeds, I water them and harvest the vegetables with the help of my wife and children. When I work on my land, the disability is not an obstacle anymore.”

“I have not experienced compassion in a long time and when Emissa gave me the chance to work, I felt care and solidarity for the first time since my accident. For the first time, I was able to put my own food on my family’s table and buy clothes and school equipment for my children, who have suffered so much throughout the war,” Hamdou explains. The feeling of being self-reliant and having some money to make a living has helped the Nabhan family to feel a sense of normality in an exceptional, long-lasting situation of despair.