It takes a village: Building a classroom in rural Afghanistan 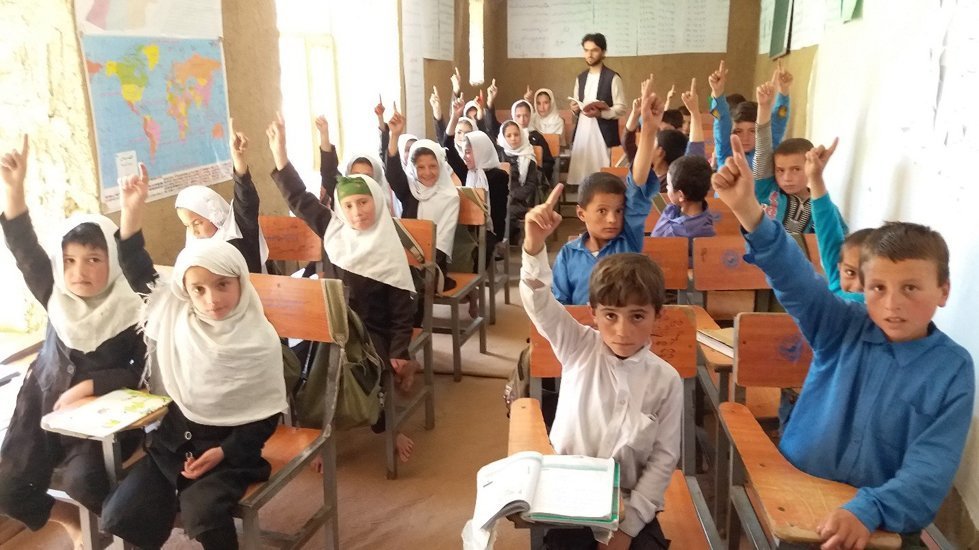 Karim Khel is a small village in the Salang district in the Parwan province of Afghanistan. It is also one of the most green and mountainous villages in the area and is often affected by flood during the winter season. Most people in this village are dependent on agriculture as their main source of income.

The nearest Ministry of Education (MoE) school is located 3.5 kilometers from the village, which means that a large number of children lacked access to education for many years. Fortunately, CARE and partners established a Community-Based Education (CBE) project in the village.

A class was initially established and located in one of the villagers’ houmes. In December 2014, the class was refurbished through the CBEEP project and later in September 2015, a toilet was built for the class. Sadly, due to heavy snow fall and rain in Salang district, the classroom was destroyed in 2016 and the students were temporarily transferred to a house. In an effort to find a permanent space for the class, community and school management committee (SMC) members conducted a meeting to discuss solutions. Mohammad Ayob, a SMC member,, solved the donated a small piece of land that was big enough to build a class. Other community members also contributed construction materials and labour.

Despite having a space, the lack of glass covering the windows and mud-plaster for the classroom’s roof was still a concern for the class. During a recent meetings and discussions around safe learning environments, a woman who goes by the name of Razia Gul raised her hand and said that her granddaughter was studying in this class and that she was willing to pay for the installation of glass for the windows. This woman motivated the rest of the community members and Mullah Abdul Hakim, the religious leader of the village also donated the money for the mud-plaster. Parents also chipped in. This is truly a wonderful example of a community coming together to build a bright future for its young leaders.

Now these students can continue their education in a safe and happy learning environment.

You can help give young minds yearning to learn the tools they need.