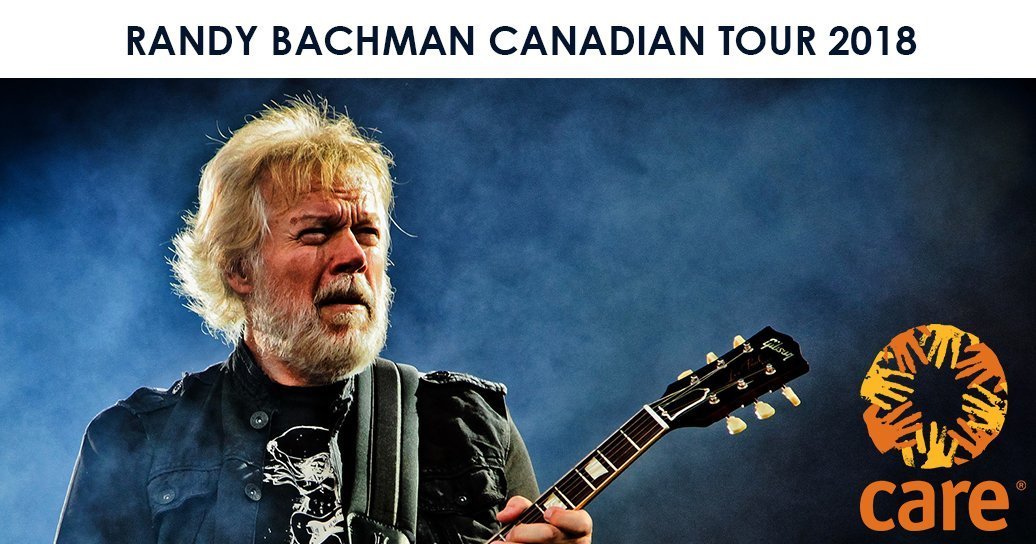 (OTTAWA) With just over a week until International Women’s Day, CARE Canada is thrilled to announce Canadian rock icon Randy Bachman will be asking his fans to help CARE support women and girls worldwide.

Bachman is kicking off a cross-Canada tour to promote his brand new album By George – By Bachman, a creative collection of songs in homage to the late George Harrison available March 2nd via Universal Music Canada.

March 8th is International Women’s Day and to celebrate, CARE has launched its #March4Women campaign: a global month-long effort to raise awareness to the struggle for women’s rights and gender equality.

A long-time fan of the former Beatle, Bachman says he was inspired by Harrison’s commitment to humanitarian work. His ground-breaking Concert for Bangladesh in 1971 was the first major collaboration rock concert in support of a humanitarian cause.

“In so many ways George was a creative spirit, and even though he was in a band with these legendary songwriters, he was able to leave an incredible legacy of his own through his artistic and philanthropic gifts,” says Bachman. “As a parent and grandparent, I believe we as Canadians can help lead the way to make sure girls and women live as equals to boys and men all over the world. We need to care. We need to be engaged on the issues that will usher in a new era of equality.”

A legend in Canadian rock and roll as a songwriter and guitarist, Bachman has seen incredible success through his work with The Guess Who and Bachman-Turner Overdrive. He has earned over 120 platinum, gold and silver records in a career spanning five decades. As host of the top-rated CBC and Sirius XM radio series Randy Bachman’s Vinyl Tap, his listeners number in the millions.

Bachman counts among his many accolades his membership in the Order of Canada and the Order of Manitoba, as well as being twice inducted into the Canadian Music Hall of Fame and Canada’s Walk of Fame.

“Randy Bachman is a Canadian rock pioneer. We sincerely appreciate his support in reaching out to his devout fan base to help CARE fight global poverty,” says Gillian Barth, president and CEO of CARE Canada.

CARE is an international humanitarian and development organization committed to saving lives, defeating poverty and achieving social justice. Active in more than 90 countries, CARE places a special focus on women and girls as it believes we cannot overcome poverty until all people have equal rights and opportunities.

To donate in support of CARE’s work, visit: care.ca/randybachman

For more information or to arrange an interview, contact: