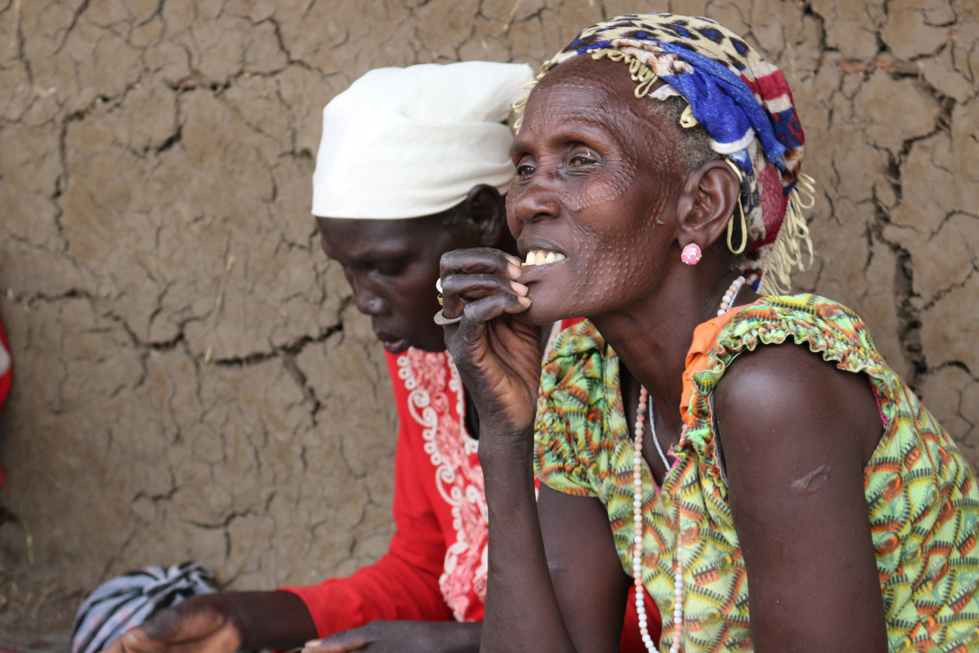 Joyce (whose name has been changed in this story to protect her privacy) is a shy woman in her late thirties. Late last year, her husband died suddenly, beginning a new and difficult chapter in her life.

“My husband paid a dowry which means that I still belonged to his family despite his death,” says Joyce. “I had to remain in the village as a widow to look after the family.”

In keeping with local custom, soon after her husband’s burial, his older brother was chosen to ‘look after' Joyce and her three children. It came as a relief to Joyce as her brother-in-law was a well-to-do man in their small community in Mayom county.

“I thought all would be well. But the first night after the ceremony, my brother-in-law came to my room in the middle of the night, drunk, threatening to kill me if I didn’t leave the compound,” Joyce says.

The threats continued for months and, every day, Joyce feared for her life. Her brother-in-law refused to financially support her children, which forced them to drop out of school. Without an income of her own, Joyce could no longer afford the fees.

The abuse went from emotional to physical, and Joyce knew that if she didn’t leave, her life would be in danger.

“He would come home and hit me for no apparent reason. He went into his room and pulled out his gun and that’s when I knew I had to leave,” says Joyce

One day when there was no one around, Joyce gathered together her few belongings and walked the twenty kilometers back to her parents’ home in Mankien. When she arrived, she was so exhausted, she went straight to bed.

The next morning, she told her widowed mother and her uncles why she had left her husband's family home and would never go back.

“I expected support from them, but since a dowry was paid for me, they thought I should go back and resolve the issue."

It was around this time that Joyce heard from her mother’s neighbour about a new place in Mankien where women who have experienced abuse meet to share their experiences and get psychosocial help. A few days later, Joyce visited the center and discovered that she was not alone.

“I was amazed to see how other women from my community were sharing their experiences and getting support,” says Joyce. “I was equally amazed by how the centre was training women in different skills to help them become self-sufficient. I never knew that women can actually have a voice to challenge the every day abuses we go through.”

The centre was established by CARE with the aim of enabling women and girls to learn the skills they need to make money and, more importantly, to share their thoughts, feelings and experiences without judgement or criticism.

“I have learned to make beads and hope to sell them and use the money to support myself,” says Joyce. “My friends have also been supportive. They listen to my story and always offer me support when I am down.”

“So far, I am doing well. My only wish is to make more beads and earn enough money. I want to go back to my husband’s village and get my children so they can come back with me to my parents' place.”

“We have seen a great change in how women and girls view sexual and physical violence in Mayom,” says Patrick Vuonze, gender-based violence project manager for CARE South Sudan. “Violence and abuse used to be something that was culturally acceptable, but now, as attitudes and behaviors are changing, many women are questioning why they should suffer.”

Sign your name to support our call for Canada to lead efforts to uphold women and girls' rights where they are most under threat: in conflict and emergency settings.