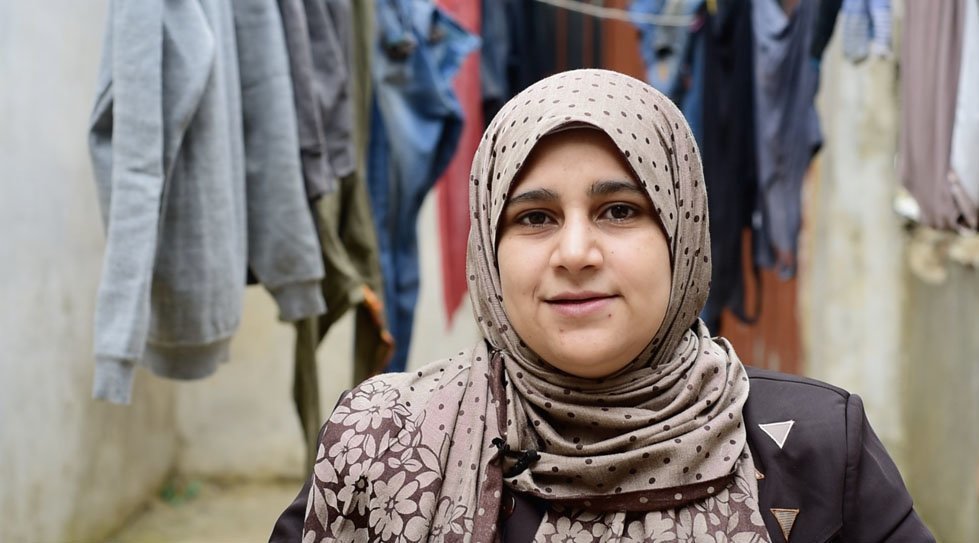 Fatmeh, her husband Mahmoud, and their two children live in a small ground floor room, in a poor neighbourhood littered with trash. Three mattresses cover the floor. In one corner, there’s a kitchen sink, and an old cooker next to a small fridge. Behind a rickety door is the bathroom. A single bulb hangs from the ceiling, and allows the windowless room to be lit when there is power. This room was not built as a living space but as a storage space. The owner ‘fixed it up’, as Fatmeh says, and rented it to the Syrian family. Fatmeh family home in Syria was destroyed during the war. She married in a hurry back home to be able to move to Lebanon with her then fiancé. They settled down in Tripoli, the country’s second largest city, where he works as a waiter and she takes care of the children.

‘My husband is an IT technician but in Lebanon, he can only work as a waiter. This day job allows us to pay the rent and survive. With two children, the rest of his paycheck goes into nappies and milk,’ says Fatmeh. She counts on support from her neighbours and friends, including the many Syrian refugees who live in the area. Her wishes reflect her family’s financial hardship.

‘I wish we had some more money so I can buy a closet, or a set of drawers,’ she says pointing to a couple of boxes propped against the wall, where she keeps all their clothes. Fatmeh dreams of only one thing: to go back one day to Syria and finish her studies. “I want to transmit the love of education to my children,” she says.

* All names have been changed for safety reasons, which the exception of Fatmeh’s

The conflict in Syria is now in its eighth year. More than one quarter of the population has fled the country and more than 6 million people are still living there, disaplced from their homes. Hundreds of thousands of innocent people have lost their lives.

CARE has been working with partners inside Syria and is on the ground providing support to refugees in Jordan, Lebanon, Turkey and Egypt.

Find out how you can help