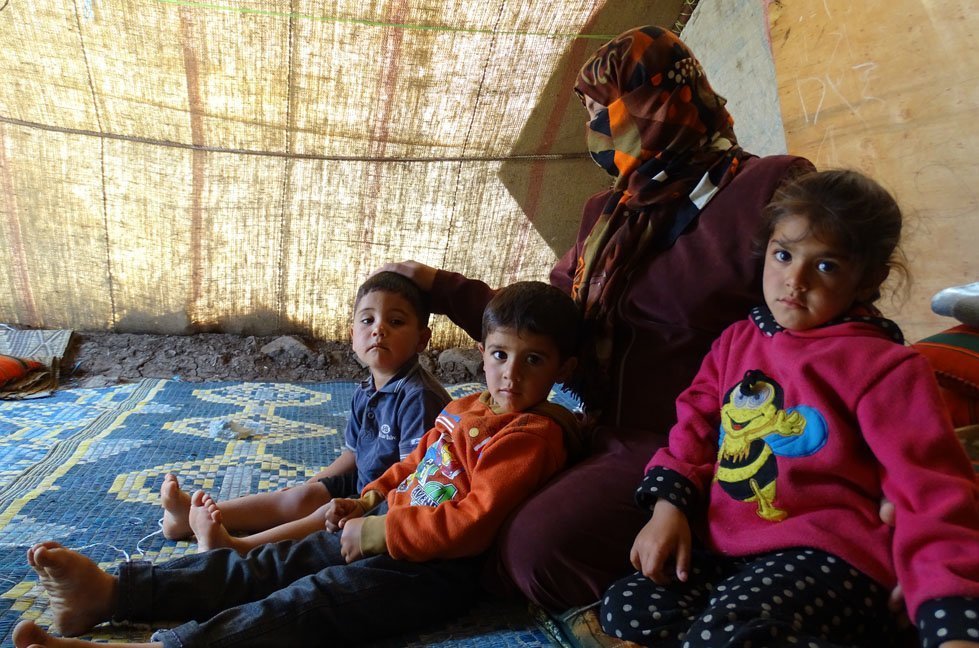 Amani is from a small town in Eastern Ghouta, Syria where all the houses were flattened to the ground due to the ongoing conflict. Her father and three of her uncles were killed in front of her very eyes. She recalls her aunt being beaten, raped and then executed under her gaze. While everyone from her town fled, Amani, her husband Khaled, and their children stayed in besieged Eastern Ghouta. Life was unbearable. Amani left her husband there to look for a place to protect her children from the airstrikes.

She reached As-Suwayda governorate when it was covered with snow and most people gathered around their heaters, but she couldn’t find a shelter for her children. She then headed to Quneitra governorate, where she finally settled in a camp set on rocky land close to the Syrian-Israeli border, far from any inhabited areas.

Amani has three children, Hala, Omar and Sanad. She lives with them in a small tent that offers little protection from the hot summers and cold winters. Every day, she has to walk a long way to get clean water. With the prevalence of snakes and scorpions, she lives in constant fear for her children. 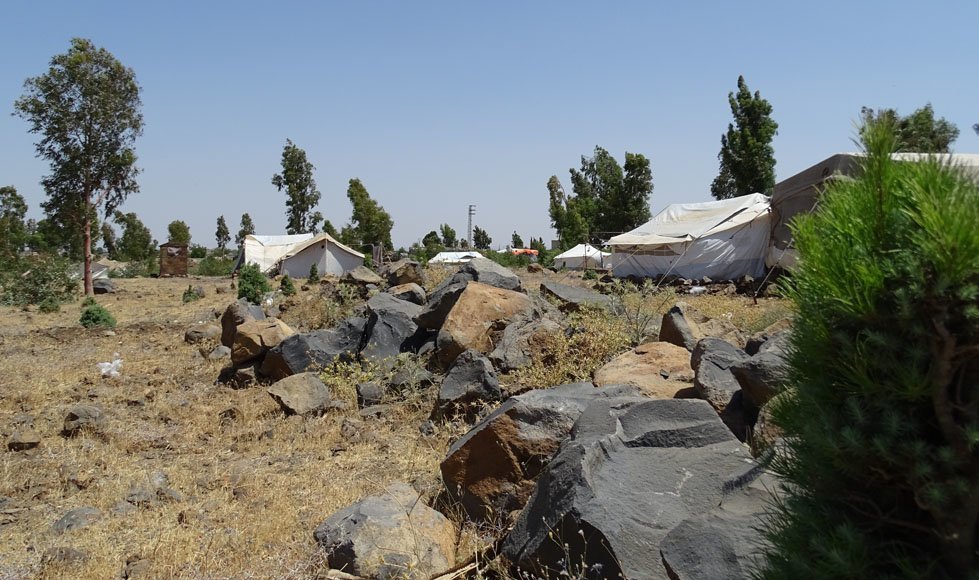 Amani says that has no mercy. It is filled with rocks and thorns, which she spends hours plucking from her children’s feet when they are done playing for the day and dress up their wounds after stumbling upon rocks.

“My only wish is to have a dignified life with my husband and children, away from the war and this dangerous environment,” she says.

* Names have been changed to protect the identity of individuals in this story.

The conflict in Syria is now in its eighth year. More than one quarter of the population has fled the country and more than 6 million people are still living there, displaced from their homes. Hundreds of thousands of innocent people have lost their lives.

CARE has been working with partners inside Syria and is on the ground providing support to refugees in Jordan, Lebanon, Turkey and Egypt.

Find out how you can help