Democratic Republic of Congo: "More than anything, I want peace"

At first glance, you might not know that a crisis is unfolding just across the lake in the Democratic Republic of Congo (DRC). The landing site is no longer full with thousands of people, no longer a makeshift settlement where women built up temporary tents out of the traditional kitenge fabric to protect themselves from the sun. The horrifying water and sanitation conditions are no longer blatantly present, where you could once see feces floating in the same water women were washing their clothes and children filling up bottles of water. The calm atmosphere is a stark difference from what I saw just a few weeks ago on my first visit to Sebagoro, Uganda.

I visited Sebagoro for the first time in early February during the height of the DRC refugee influx across Lake Albert. At that time, there were easily several thousands of people and boats arriving almost every hour. I was able to speak with many refugees who told me the horrors they faced not only on the other side of the lake, but also what they had to endure in transit. Boats capsized, children fell overboard and drowned due to overcrowding and rough waters. Although the influx has significantly reduced, about 30 people arrived the day of my recent visit. The stories are eerily similar to the ones I heard before, with no end to the conflict in DRC in sight. 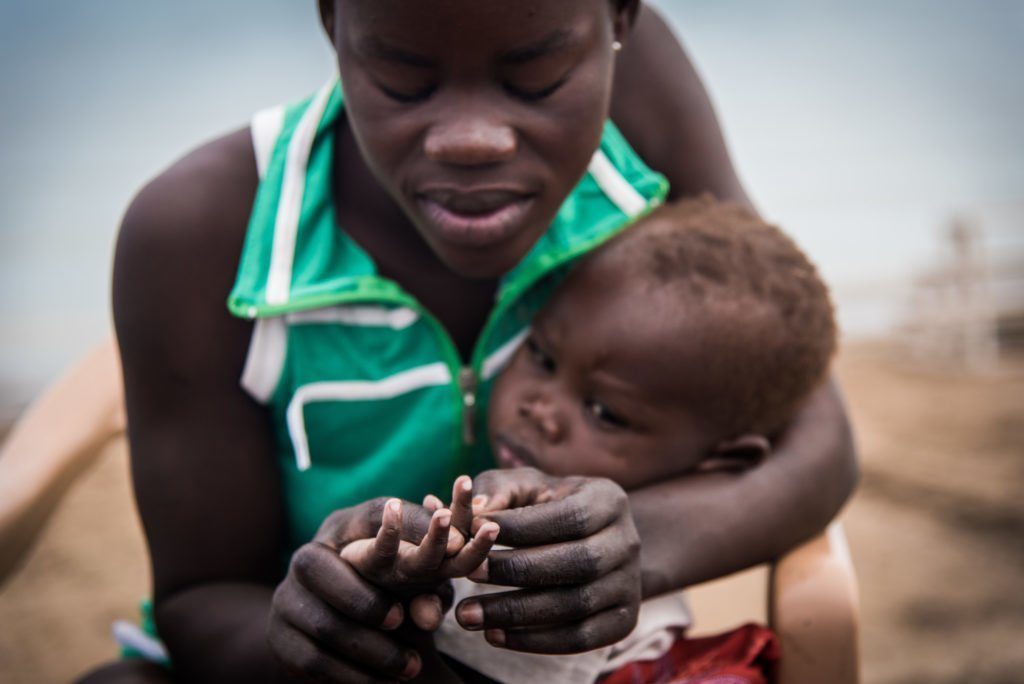 One of the refugee women I spoke to was Gloria, whose name as been changed to for her safety and privacy. She is 18 years old and fled from her village in Ituri province along with her husband and 2-year-old daughter. In DRC, she was a farmer and her husband was a fisherman and an avid footballer who played for their village team and competed in inter-village matches. Gloria tells me her story while sitting in front of a boat similar to the one she arrived in, one she says was very crowded with people and their belongings. People also had to pay per person to make the journey. She tells me that the conflict hadn’t yet reached her village but was getting closer every day. She looks down at the ground and says that there have been a lot of mass killings, houses being burned to the ground and livestock and land being stolen.

Gloria and her husband made the difficult decision to leave before their village was attacked. They only managed to bring a few clothes and had to leave most of their belongings behind. When I asked her if she plans on ever going back she looks just past me and says:

“DRC will never have peace – if there’s no war today, there’s war tomorrow.”

This is an echo of what I have heard from the countless Congolese refugees I have spoken to.

Although the hope for peace in DRC is small, hope to rebuild lives remain. Gloria tells me that she has heard that in Kyangwali refugee settlement in Uganda she will get the opportunity to restart her life in peace where there are services available to support her. Still, all she really wants now is peace.

CARE is supporting DRC refugees in Uganda by establishing women and girls’ centres for those who have experienced violence or who feel at risk. Women and girls receive immediate counseling and psychosocial support, as well as assistance in accessing critical health services and shelter. CARE is also distributing dignity kits to women and girls containing soap, sanitary pads and other items.

You can help support DRC refugees like Gloria and her family by donating to CARE’s Emergency Response Fund.