Finding a garden in the desert

The sweltering heat, the oppressive desert sun beating down, the thickness in the air, the endless desert in the horizon, along with the warm welcoming of our field staff and the kindness of the host communities, is what I was greeted by when I arrived in Wadi Fera, Chad.

I could not imagine the week ahead of me here, let alone how women, men and children spend a lifetime in these harsh conditions.

Chad is complex and also so special. Most of the country is located in the Sahel zone which is very dry, and climate change has increased the severity of this, affecting the livelihood of millions.

The rainy season is only one to two months – if you can even call it a rainy season. There is less water every year and the rainfall is becoming more erratic. People don’t have access to the same amount of water they did in the past. Crops are failing, animals are dying, people are malnourished, and a humanitarian emergency was declared back in 2012. Since then, the situation hasn’t changed much or meaningfully improved. In 2018, 4 million people (15% of the population) are food insecure and 200,000 cases of acute malnutrition are expected.

In some areas, one in every three kids are at risk of being stunted – meaning they don’t grow to their full healthy potential. This affects their cognitive ability, which affects their future in terms of employment and being able to be a productive member of society.

To get to the city of Biltine and visit CARE’s project there, we had to fly from the capital to the second biggest city in Chad, Abéché. Abéché is the entry point to East Chad where the Darfur refugee camps are. We don’t hear much about Darfur in the media anymore, but the refugees are still there. From there we had to drive North to Biltine. The distance is probably around 80km, it takes more then 2 hours to get there as the road is very challenging. With occasional flash floods, erosion, and limited road maintenance, cars can’t drive more then 30-40 km an hour and you are shaken like a milkshake in the car the whole way because the terrain is so rough. 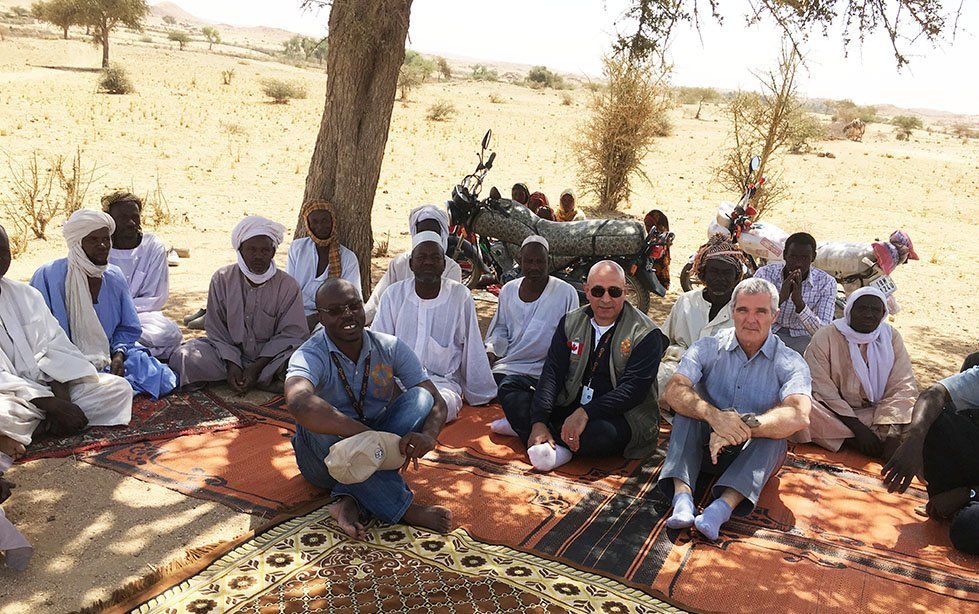 Once we get to Biltine, there is no running water, electricity is erratic and food is scarce, anything that is available is expensive. I found oranges for the equivalent of 1 euro each. It is difficult to imagine how the average person afford fresh food when they live below the minimum wage.

The next day we drove to a project site 60 km away and again it took over 2 hours to get there. There is no road, nothing was ever paved. We drive around rocks and boulders following the tracks from previous cars that have been there. You are really dependent on the driver and that they know where they are going.

This far out, there is nothing. It is open desert on all sides and every once and a while you find a donkey on the side of the road, ridden mostly by children between the ages of 5 and 10. There is a 20L jerry can hanging on each side of the donkey.

It’s a day trip for the child fetching water. They go as far as they can where they know water might be – but there is no guarantee. I couldn’t stop thinking, this child should be in school, playing, with their parents, and in the shade. I can’t even imagine what food they are eating to sustain themselves on this trip. When they reach water, it is likely in a hand-dug well that is maybe 5 or 7 metres down – very unsafe. They check to see if there is water and they scoop it into the jerry cans and wait for the well to refill. They then move onto another site – who knows if they will find more water or not.

This is all the people or even animals you will see here. Everything else is just desert. 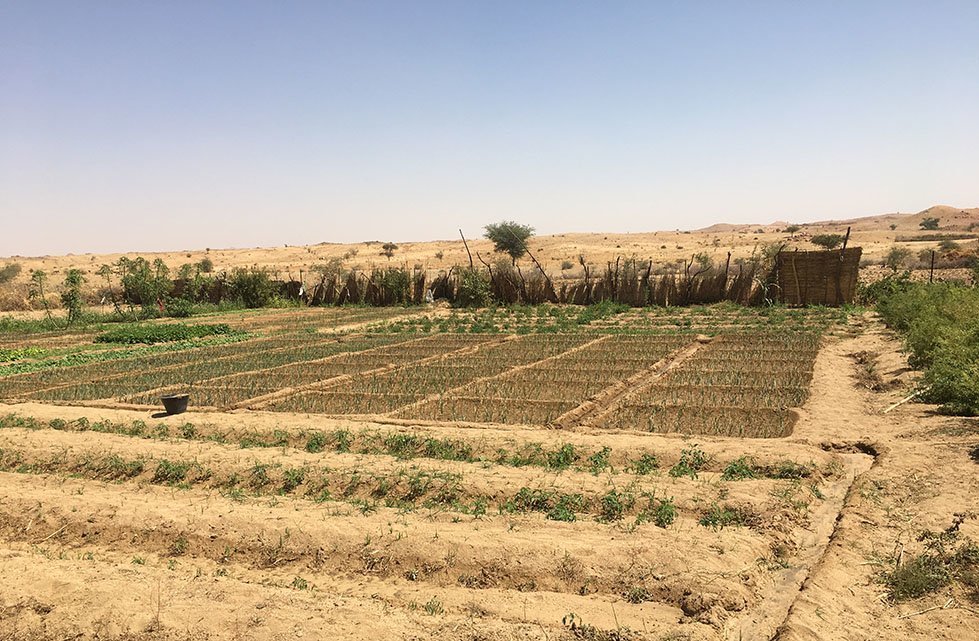 We get to a small village where maybe 1,500 people live. There is nothing green, it’s just dry and barren. Then you go to the site where CARE built a water dam and the imagery changes. It is built in a valley that becomes a trap for flash floods – when the rain falls it falls to the lower grounds, allowing people to keep as much water behind the dam as possible to store. We train the farmers and people nearby to grow gardens. It’s probably the only green you will see in hundreds of kilometers!

The basic pump system the community has allows them to water the vegetable beds, which house lettuce, cabbage, and hot chilies. CARE provides training on how to organize garden beds, teaches people about water flow, so they can get the most out of what they have – simple techniques that help people cultivate. CARE also provides nutrition training to women and household keepers to ensure the most value of the food.

Very often we wait until hearing about a crisis then we rush to help give people food and water. We can’t do that forever. We have to focus on building resilience and skills to help communities adapt to climate change. The indicators are clear and we are heading to a crisis. We can wait until it’s too late or we can do it now with less cost and less panic, while maintaining the dignity of the people we help.