Christiana Figueres has been a prominent face in global climate politics for a long time. But in 2010, when she took up her mandate as Executive Secretary of the United Nations Framework Convention on Climate Change, she was rather frustrated. Due to national conflicting interests, the process of the UN climate negotiations was stalled. Since then, she worked hard to bring together all parties, and succeeded: The 2015 “Paris Agreement” is a huge achievement: signed by all 196 member states, it includes ambitious goals to reduce greenhouse gases and support adaptation. “We need to create equal opportunities for everyone.” 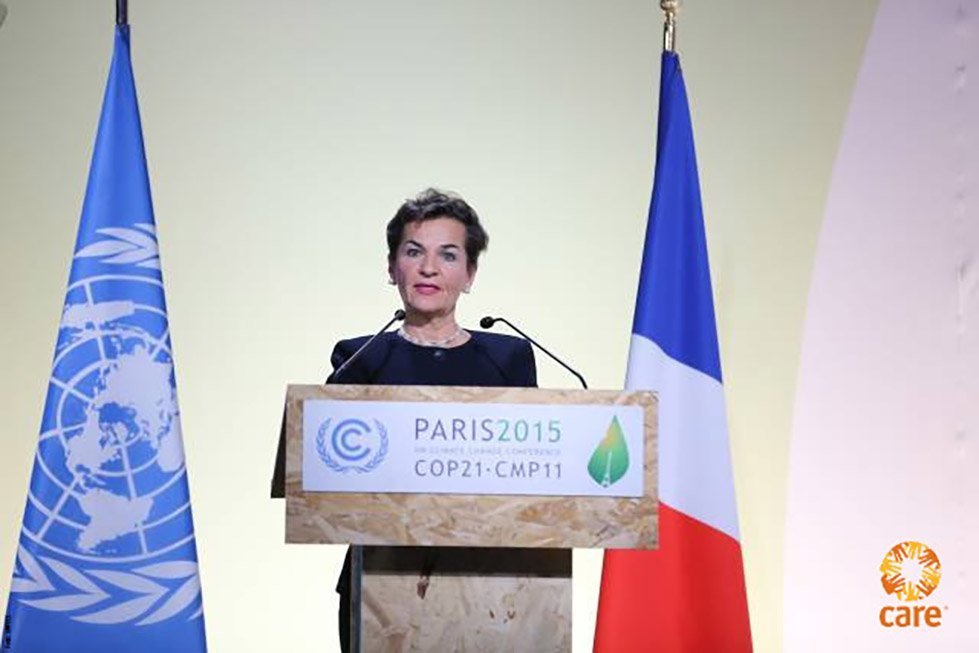 Each year, the German energy company RWE deforests 80 acres of woodland area at the Hambacher Forest – the size of 112 football fields. Antje Grothus doesn’t want to accept this any longer. She stands up against this “Goliath” and fights for renewable alternatives to the harmful coal mining business. As a climate leader, she motivates others to advocate for a sustainable energy policy. “Not only are conventional coal plants the biggest contributors to climate change, the coal production also destroys people’s homes and their culture. This needs to stop. Together we will make it.” 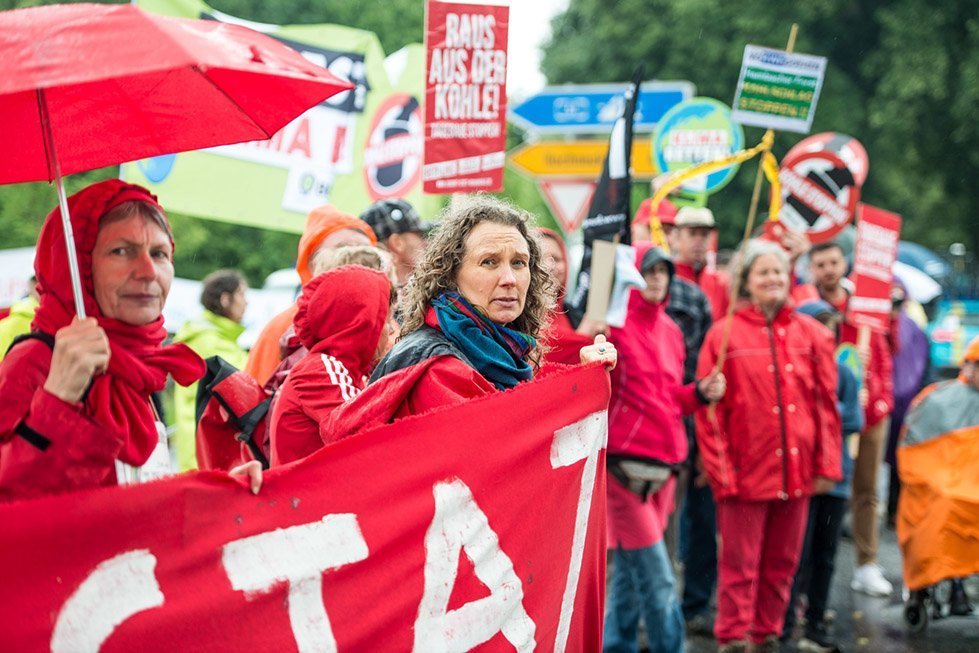 Elenoa Vakabunoya Nimacere combats climate change with experience, not with theories. She leads CARE’s local partner organization on the Yasawa Islands and teaches women and school kids how to prepare for cyclones and droughts. They breed seedlings, cultivate climate-resistant vegetables, such as sweet potatoes and yams, and prepare delicious and healthy dishes. As a result, their families remain healthy, household budgets increase and the impact of climate catastrophes is less severe and Eleona has a long list of ideas to support her community even more. 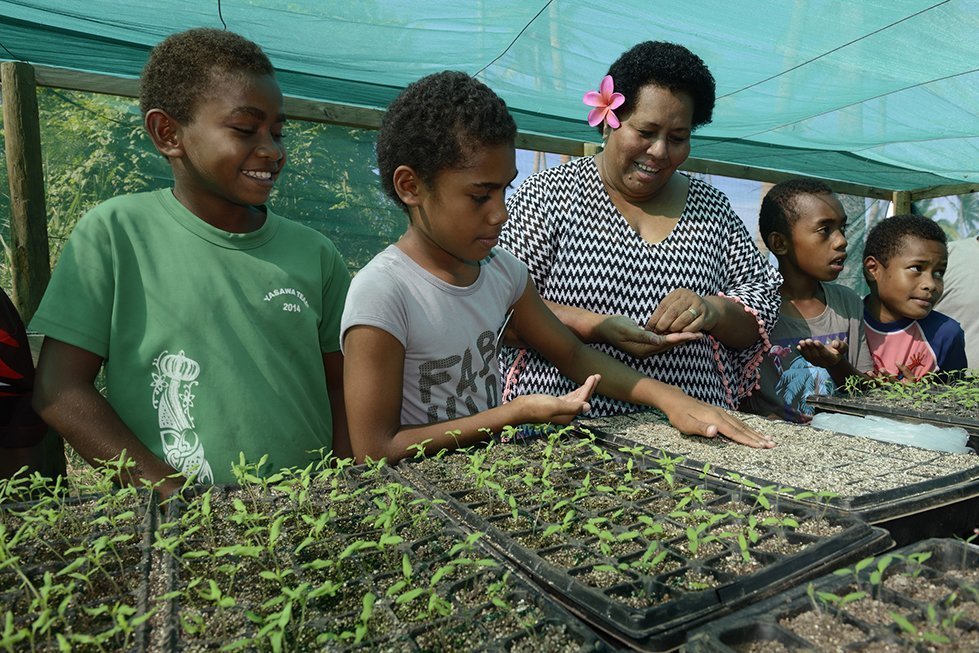 Dilmani Kujur is a female farmer and role model in her region, Jududand. With the support of CARE, she transformed five per cent of her arable land into a water storage basin for collecting rainwater and irrigating her fields. On the dam she built to protect her fields, she also cultivates plants and vegetables. Not only does her family benefit from this “five per cent model,” the whole community does as well. By selling their vegetables and fish on the market, people are able to make extra money. “If we all work together, we can be even more successful.” In the future, her small enterprise will pay a lot more than just her children’s school fees. 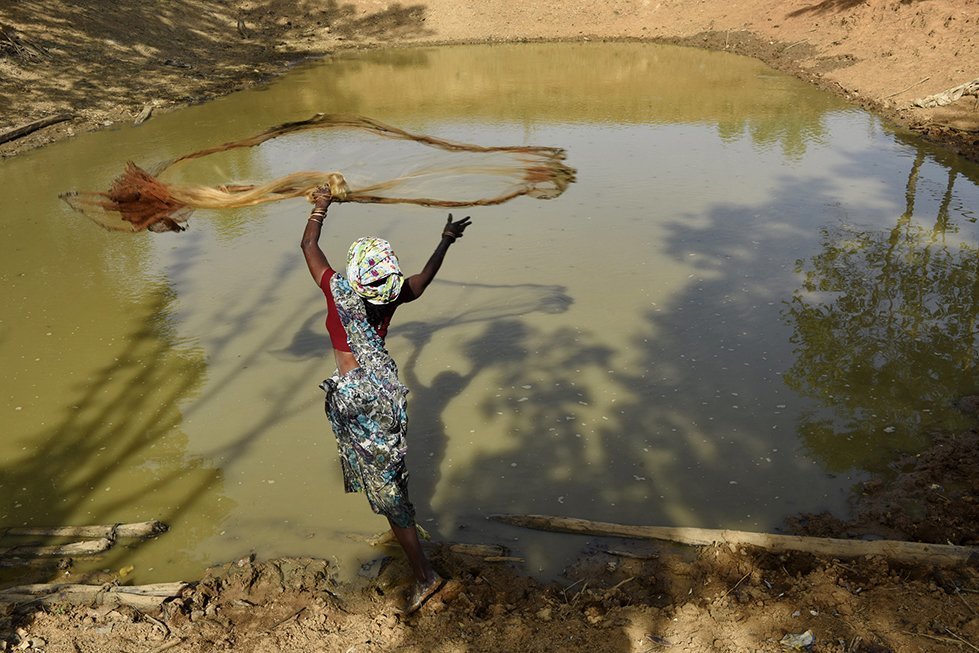 Despite having leprosy, Josiane Ramaroson is a pioneer in adapting to climate change. With her strong will, hard work and hundreds of cone trees, she defies all weather. Her success story began with training in tree breeding and planting, organized by CARE. She founded her own tree nursery in 2008 to reforest the northern coastal regions which protects villages from strong winds and flooding. Thousands of trees now provide shelter to villages along the coast in such an efficient way that the last cyclone in early 2017 did not destroy a single habitation. “I am working hard so that my daughters never miss a day at school and can take care of me when I am old.”

Haoua Abdoulaye wears the pants. “If the men don’t want to, we will dig them!” Together with CARE and other women from her village, she dug so-called “half-moons” into the dried out soil and filled them with manure, trees and plants. Her work paid off: the holes capture and store run-off rainwater, and now growing sorghum and beans is more productive. By selling the harvest, Haoua earns money that she partly invests in small saving groups. “The times of going to bed hungry are finally over. I sell soap on the market, plan to build a concrete house and enable my children to have the best education possible.” 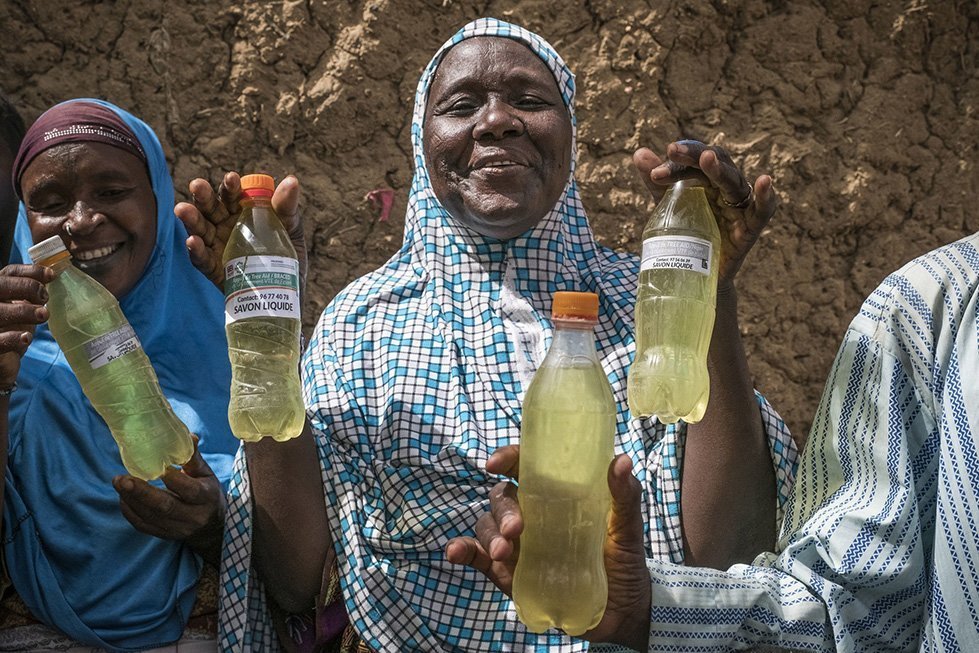 Patricia Espinosa is honoured to follow Christiana Figueres as Executive Secretary of the UN Climate Change. Each year, she is responsible for the implementation of the Paris Agreement and the organization of the annual climate conferences. “I am a mother myself and hope to be a grandmother one day. The next generation will inherit this world from us. I very much hope that my children and grandchildren will experience the joy of nature – for example swimming by a healthy coral reef.” Ms. Espinosa speaks up for a world free of poverty and hunger, with enough food and clean energy for everybody. “With effective climate action, these dreams can come true.” 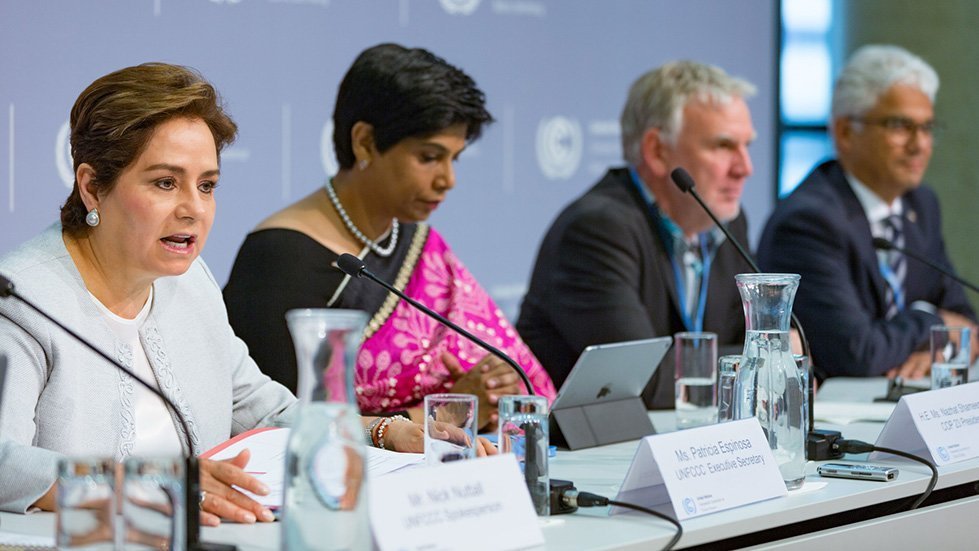 Organic is the future, not only in Europe. Peruvian Victoria Gamarra Ramirez is very well aware of that and fulfilled her lifetime dream: a hands-on coffee roasting facility. “Pick, clean, roast – our visitors engage.” For her dream she had to wait for twelve years. Before becoming an organic coffee farmer with the help of CARE, she lived unhappily as a domestic worker in a foreign city. Now, she not only has a coffee farm, but is also president of her association “Flor de Café” which helps women support their families and gain financial independence. Water scarcity, natural disasters and melting glaciers in Peru put people at risk and compromise coffee production. 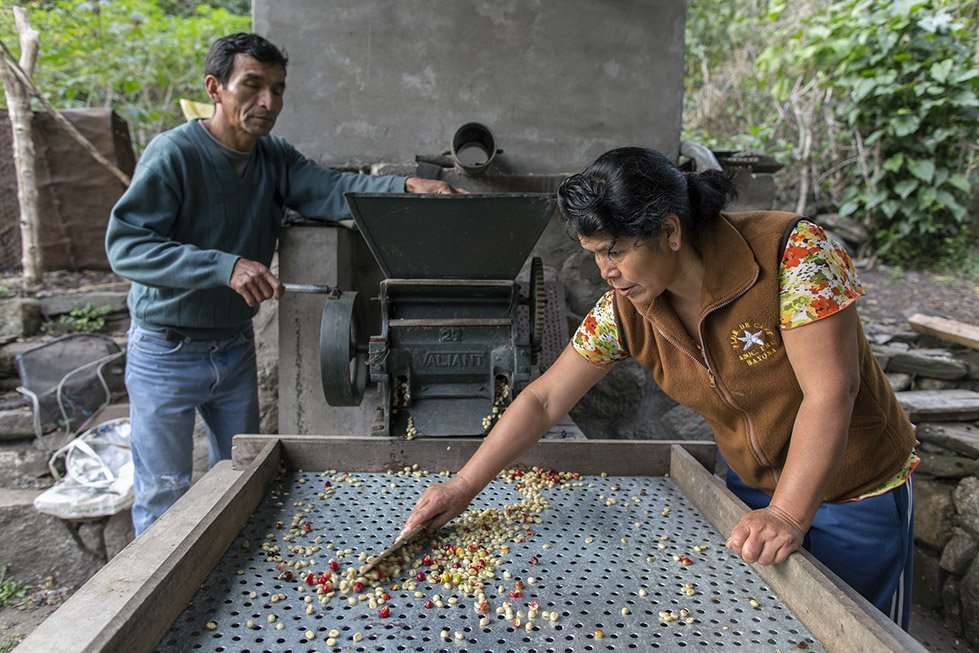 Minet Aguisanda-Jerusalem fights for our planet and its changing climate and couldn’t be happier with her job. “I survived one of the most powerful typhoons and therefore it is my duty to help preparing for the next catastrophe.” For more than 30 years Minet has been working for the relief agency “Leyte Development Center” and together with her team supported 23,000 families after typhoon Haiyan in 2013. She shows communities how to protect themselves and their belongings, develops evacuation plans and shares knowledge with other villagers. “Everyone here makes an effort to help safeguarding the environment and the community. This gives me a lot of strength despite the lack of support for our work by public authorities.” 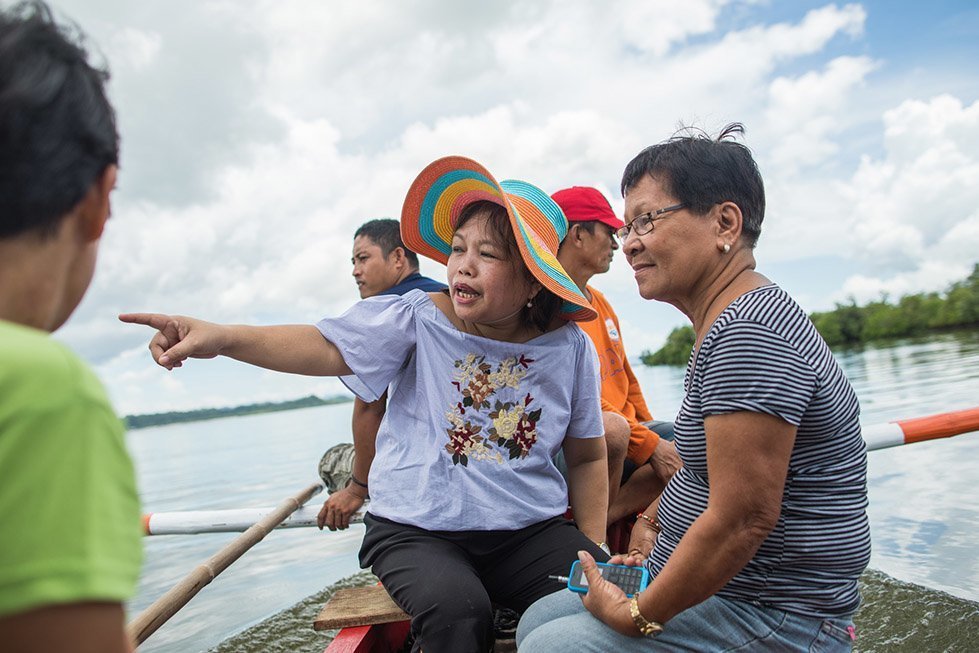 Jade Begay was born in New Mexico and has always been very close to nature. “If the earth dies, part of my identity dies with it”, she says, and this is why she is a very outspoken activist. Jade organizes demonstrations and holds her camera ready while marching through Washington, D.C. “We predicted climate change a long time ago and now it is happening. For example, on the Pacific Islands that are regularly flooded. Many communities lose their homes.” Her “Indigenous Environmental Network” offers solutions such as restoring coastal areas and sponsoring solar projects with the aim to restore the ecological balance on our planet. 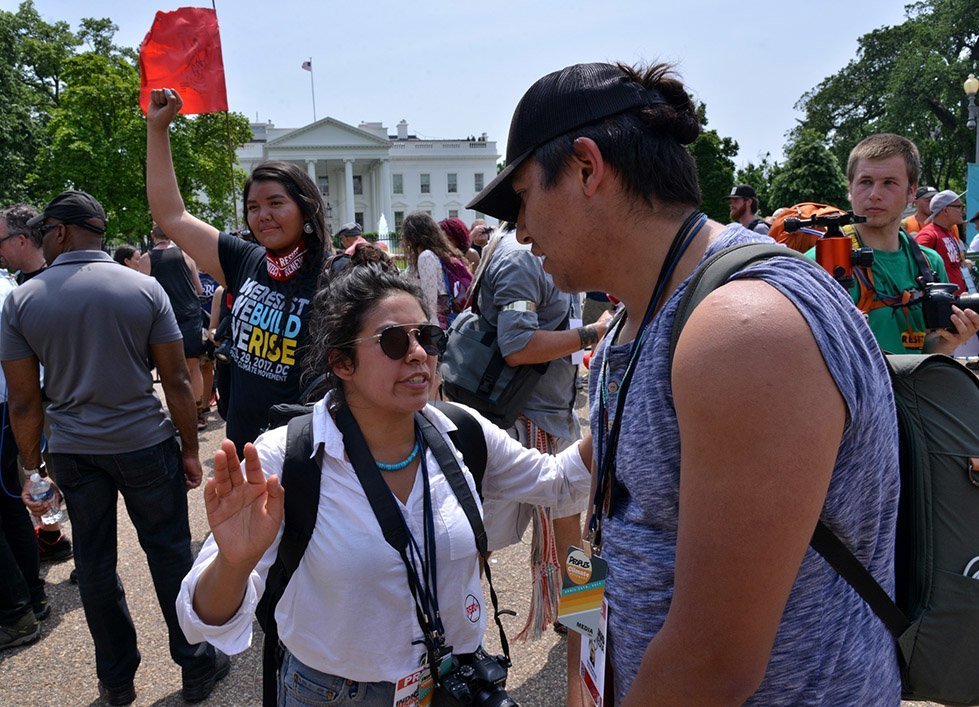 Kien Quang Thi is better than any weather app: not only does she forecast the weather but she also provides advice for farmers on what, how and when to plant. Her objective is to make her community better prepared for extreme weather. Kien knows hunger; in 2008 she experienced a total crop failure and had to live off of only manioc and maize. In cooperation with meteorologists, local authorities and farmers she wants to avoid crop failures in the future. “I trust that our village leader acknowledges the importance of our forecasting and the information exchange amongst people. The Government also needs to listen to those who are most affected by climate change and take advantage of our knowledge.” 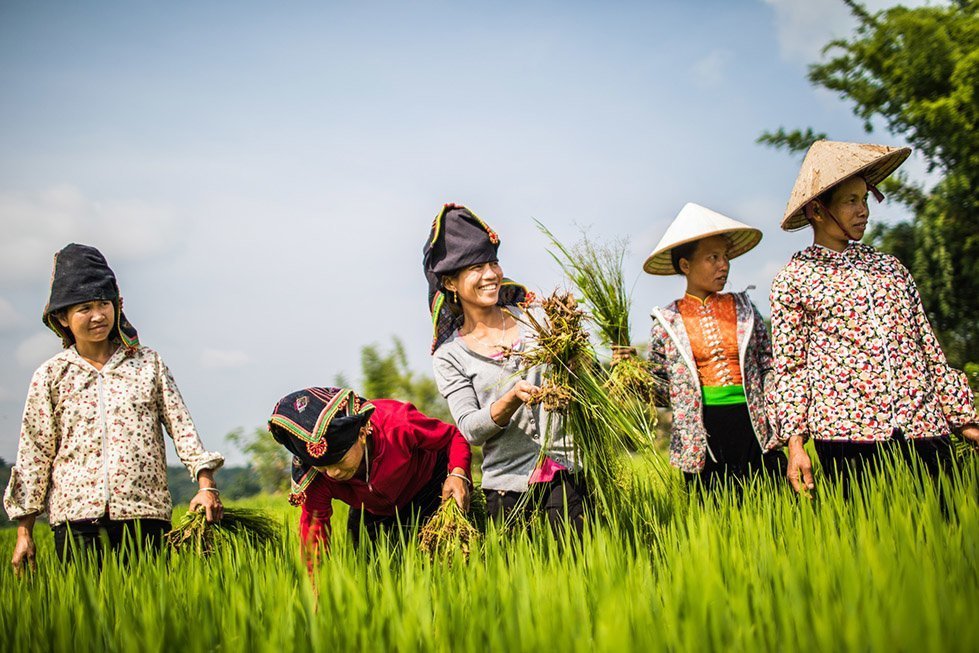 Fatima from Misilya is a strong woman. With support from CARE she built a water cistern to collect rainwater to irrigate her olive trees in dry periods so that she can sell the extra harvest. When her son died of cancer she transformed her sorrow into energy; energy to take care of her blind husband, three children, 19 goats and sheep, and the olive grove. The northern part of the West Bank used to be the country’s bread basket, but seasons have shifted due to climate change. Even in winter people cannot count on rainfall. Fatima’s olive trees need water, but if it rains, the soil can hardly store it: “Our new water cistern is our salvation!” 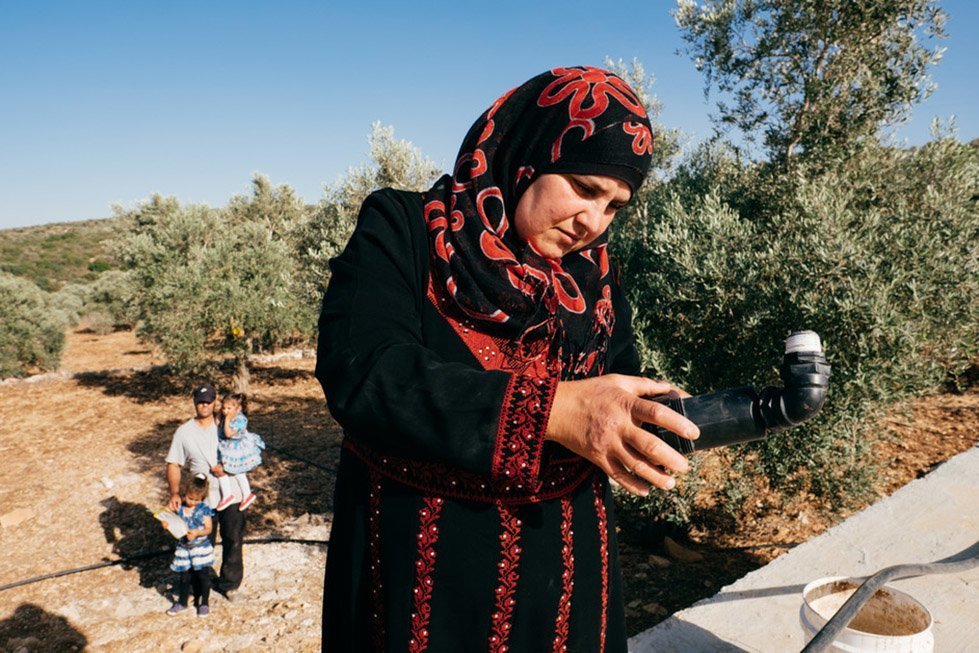