Kindness and humanity, horror and sorrow: Supporting refugees in Uganda

By Thomas Markert, a German engineer who visited CARE’s programs in Uganda

During the past few weeks, I visited CARE’s programs in Uganda. I have spent many hours talking to refugees who have fled the Democratic Republic of Congo (DRC). They have told me stories of how they had to leave their homes with nothing but the clothes they were wearing, fearing for their children’s lives as armed groups attacked their villages. The people I spoke to shared horrific stories of how they fled, many for the second time in their lives. Young girls and women have been raped, abused, beaten; parents have lost their children, and children had to watch their parents die before starting the journey across Lake Albert all by themselves. While talking, most refugees stayed calm on the outside, no one broke into tears while telling me what happened. The circumstances of life in DRC seem to have hardend people. At the same time, people in the settlement seem to be relieved that they are now safe. They try to build a new life and to find joy and happiness again.

Before arriving in Uganda I had only seen refugee camps in newspapers. When I saw the settlement on the green hills in Kyangwali, I was surprised. Here, refugees don’t live in tightly squeezed huts or tents. Instead, each family in Kyangwali gets a plot of land that is big enough to build a small house and plant crops and vegetables. The Ugandan government has put a policy in place which allows refugees to build a life, allows them to work and move freely in the country. Remarkable, given that the country is hosting close to 1.4 million refugees, out of which more than 276,570 are Congolese refugees. 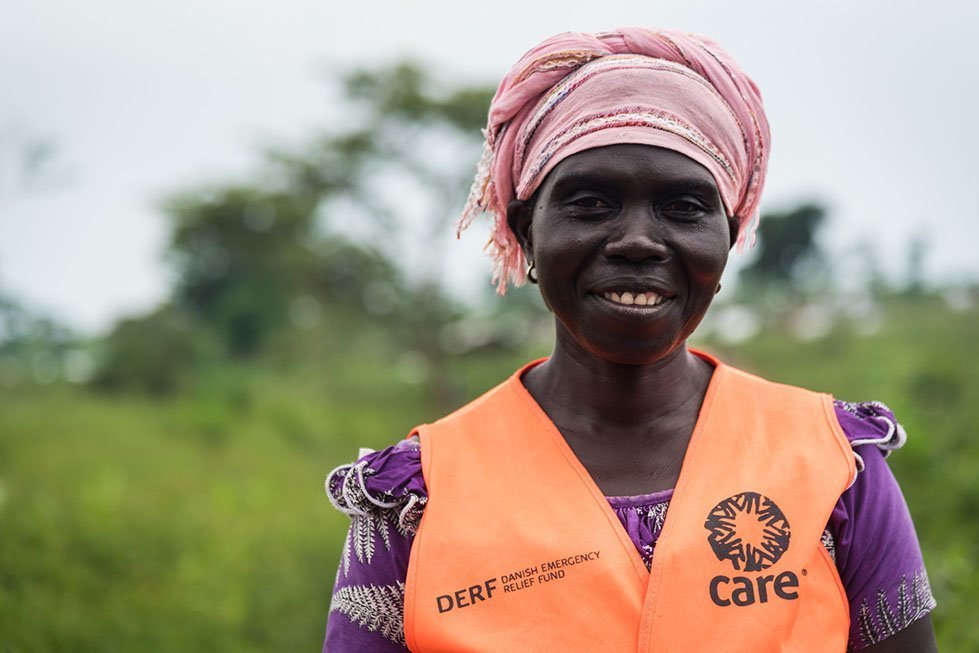 Many refugees are helping others as volunteers in the settlement. They explain to the people who newly arrive how the settlement is organized, where to get food, soap and other hygiene items and construction material for shelters. Volunteers are also helping to build houses for those who cannot do it on their own, like the elderly or single women. They also raise awareness about good hygiene practices. Volunteers are trained by organizations like CARE – they really are the bridge between the need and the response. At the same time, it is also a way for them to work again after losing their jobs back home. CARE has set up a psycho-social support centre where people can seek help and find a safe space. Volunteers are visiting other refugees in the settlement and are raising awareness about gender based violence. They explain what gender based violence is and let everyone know that CARE is there to help. There are two separate rooms in the centre that allow for privacy during conversations with survivors of gender based violence. While I was there, refugees and volunteers were also rehearsing a play about gender based violence. The group was so dedicated that I am sure their message will reach the other refugees and raise awareness about violence against women. 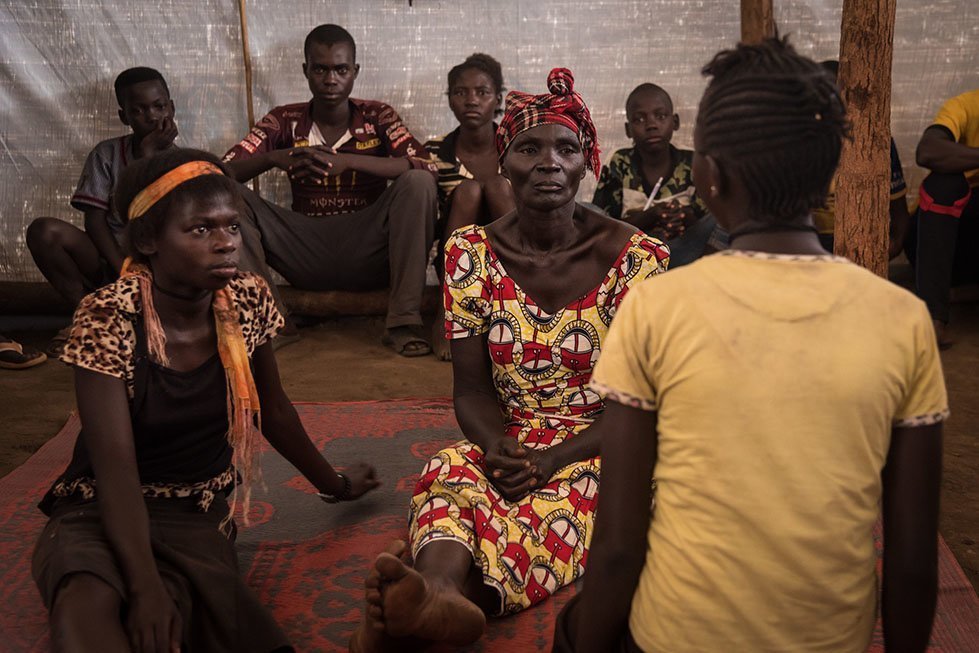 I was deeply impressed by the volunteers and how refugees helped each other. I met a family who is taking care of three boys they found at the landing site at Lake Albert, where the small boats from DRC arrive. The three kids fled alone to Uganda after their father was killed by armed men. They themselves already have seven children of their own, yet they opened their little refugee hut and hearts to the orphans. I also remember a mother who fled alone with her only child when her village was attacked. She has not heard from her husband since she arrived to Uganda four months ago and she does not know whether he is still alive. When she reached Uganda at the shores of Lake Albert, she saw three children whose parents were killed and who had to flee alone. Despite her own difficult situation, she now takes care of the siblings who have no one else left to care for them in their lives. I admire how those people preserve their kindness and humanity, after having gone through “hell on earth.”