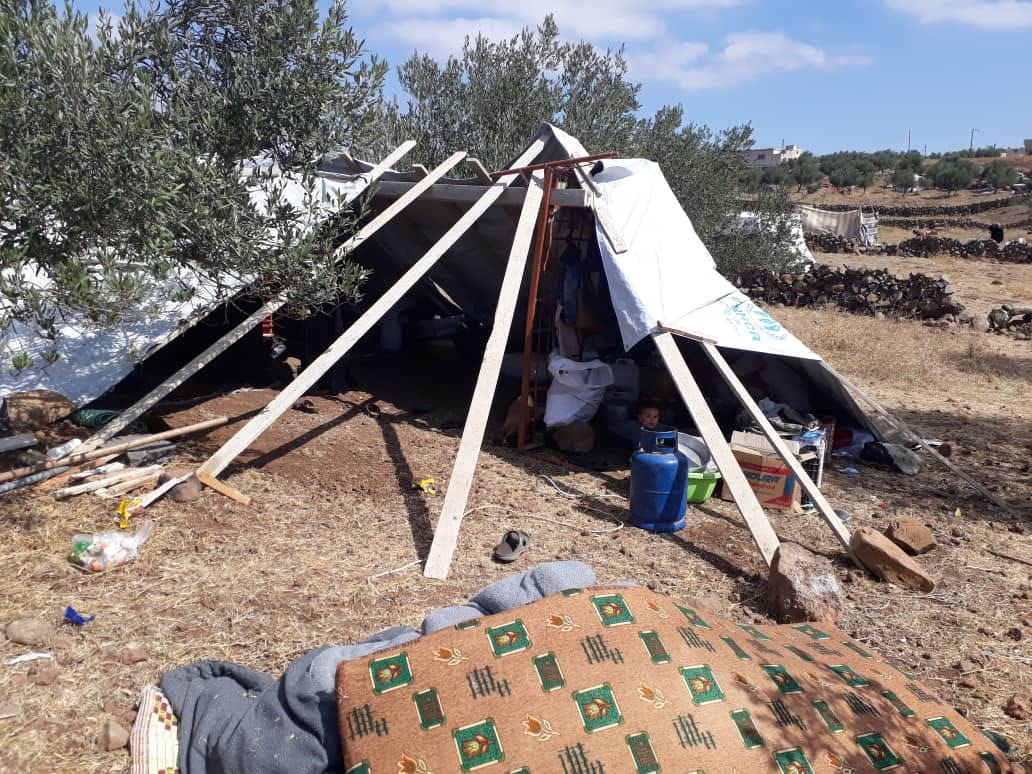 (Amman, Jordan) Intense fighting in southern Syria has displaced some 330,000 people and has led to dozens of deaths, including among women and children, since 17 June.

This is the largest displacement in the south since the conflict began more than seven years ago. The situation is dire and humanitarian needs are growing by the day. Civilians are in desperate need of shelter, clean water and sanitation.

The situation of displaced people at the Jordanian border is particularly precarious, aggravated by dusty desert winds and high temperatures of up to 45 degrees Celsius. Local sources have reported several deaths among children, women, and the elderly due to scorpion bites, dehydration and diseases transmitted through contaminated water.

Food prices are rapidly increasing, and very little food supplies are reaching the areas of displacement. Infant formula is unavailable in some areas. The price of fuel, gas and diesel has doubled in some areas in the last week, leading to the increase in the price of water, which is being trucked to IDP camps and gatherings. There is a shortage in clean water supplies and many civilians cannot afford paying for transport in order to move from one area to the other for safety. Prices are expected to become prohibitively expensive as supplies run out.

CARE has reached some 50,000 vulnerable people in southern Syria, through the distribution of shelter and hygiene packages, as well as supplies for babies and the elderly. CARE is also delivering water and installing emergency latrines in areas of displacement and providing psychosocial support to people in need.

CARE Syria Country Director Wouter Schaap: “We are witnessing whole cities and towns emptying due to intense fighting in the south. Having escaped the violence, many are sleeping out in the open, in the desert heat, without access to water, food, toilets, or any of the most basic necessities. Widespread exposure to snake and scorpion bites, resulting in some cases to death, is one of the terrible consequences that people are facing.”

Sadeq, a humanitarian aid worker with CARE in south Syria said, “The tragedy of thousands of displaced people in south Syria’s western rural area is real. Displaced people are sleeping on bare earth. I found some families sheltering among the graves and tying mats to worn-out agricultural machinery to create some shelter from the summer heat.”

Lamees, another aid worker with CARE in south Syria, “The situation is tragic. If the fighting continues or reaches areas of displacement, there will be a major humanitarian disaster.”

A third aid worker, Rami, said, “We cannot sleep at night. Yesterday, heavy air strikes continued throughout the day and night. Explosions were heard in the cities of Irbid and Mafraq in northern Jordan. People were calling from across the border to check we were alright.”

CARE has spokespeople available in Canada and Jordan. For interviews, please contact: