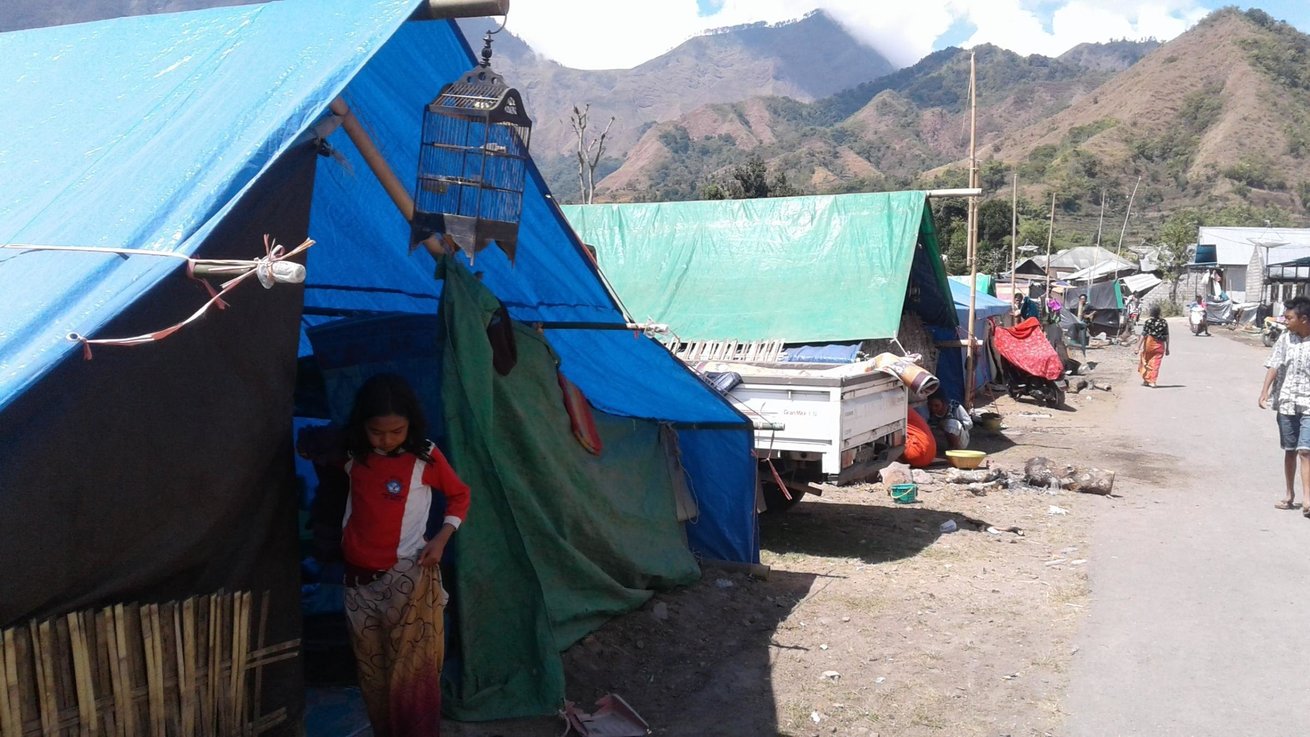 (JAKARTA) – One week after a devastating 7.0 magnitude earthquake hit the Indonesian island of Lombok, thousands remain homeless and in fear as aftershocks continue.

CARE Indonesia is channelling assistance through its local partner Kopernik, who operate in Lombok and provides support to survivors.

In the evening on Sunday, Aug. 5, the 7.0 earthquake struck the northern end of Lombok Island, in West Nusa Tenggara province of Indonesia. This was not the only earthquake to affect islands residents recently. The area faced a 6.4 earthquake July 29 and another powerful 6.2 aftershock on Aug. 9, as well as hundreds of other aftershocks, which continue to leave the local population under serious strain.

According to government authorities, more than 400 people have been killed, over one thousand injured and 387,000 people have been displaced. Overall, 3.5 million people have been affected on Lombok Island. More than 67,000 homes have also been destroyed along with bridges, schools, hospitals and office buildings. Early estimates peg the loss at more than $138 million USD.

The Government of Indonesia has tirelessly led relief and recovery efforts and is working hard to rescue those who still remain trapped under rubble and to assist affected populations.

Given the extent of the damage, CARE is working through local partners to deliver clean water, hygiene and sanitation supplies, shelter kits and other basic items. As experience shows women and girls are particularly vulnerable following a natural disaster, CARE will also conduct a gender assessment to ensure response efforts best meet the needs of women, girls, men and boys.

“It’s hard to imagine the panic people are facing right now. Imagine already seeing your home collapse and the earth continues to rumble. While parents try to protect and comfort their children, there is increasing urgency and need for clean water, food and shelter.”

Ibu Wingkan, 40, a mother of two young girls and a resident of Sembalun Bumbung, a village of a 6,400. Her home was totally destroyed on August 5 and she and her family as well as nine other households share one crowded tent where they sleep each night.

“Since the first earthquake, my husband and I have not been able to go to our rice farm, we have lost our income, our home and the children’s school is destroyed. I am so afraid and don’t know how we will manage. Almost all the people of Sembalun Bumbung sleep outside at night, even those whose homes have not been destroyed, fearing another earthquake at any time.”

Dewi Hanifah, who is in Lombok with one of CARE’s local partners Kopernik:

“We are supporting about 3,500 people, but the need is so much greater and I feel so sad that we cannot help everyone. Sembalun Bumbung is a mountain village and it is very cold at night, the people are suffering and now the rains are coming. Many people have only instant noodles to eat and that is not very nutritious. Most toilets were destroyed and those available are in the fields, people must stand in line, if women have to go at night they must hold it because they are afraid to go out in the dark. There is a desperate need for food, blankets, temporary shelter, sanitation hygiene materials and other items for health and safety.”

– Shelter kits to be delivered to earthquake survivors contain a tarpaulin, a sleeping mat, two blankets, two sarongs, one hammer, one saw, one sledge hammer , one solar light , one crowbar, a shovel and hoe for when people can return to their farms.

– CARE has worked in Indonesia since 1967, initially focused on food distribution, small infrastructure projects, health, the environment, and water and sanitation. In 2004, CARE Indonesia was one of the primary emergency responders after the South Asian tsunami.