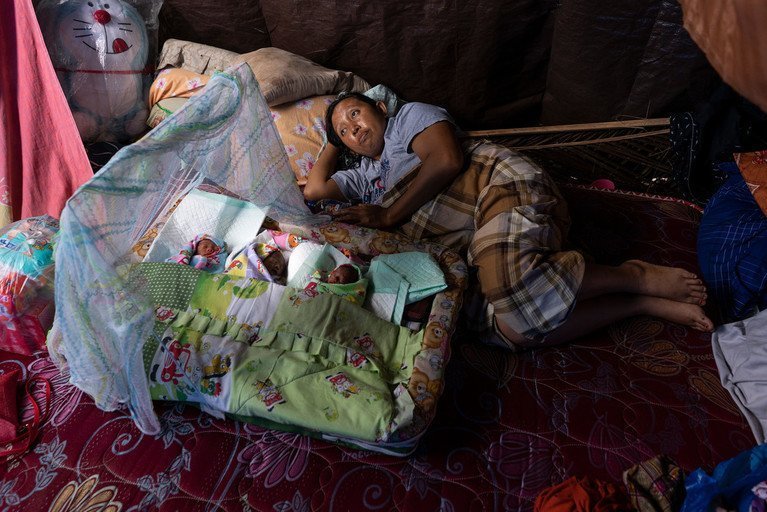 One month after a terrible earthquake and tsunami hit the Indonesian island of Sulawesi the onset of the rainy season has increased the suffering for many survivors.

The arrival of the rains is likely to see an increase in diseases like malaria and dengue fever, and further contamination to already polluted water sources.

“One month on, and while most places have now received some form of support, large numbers of people are still living on roadsides without adequate shelter. The government has worked quickly and tirelessly to assist survivors, but there is still a way to go in making sure the people in Central Sulawesi have all the basic items they need, let alone being able to rebuild their lives and livelihoods,” said Helen Vanwel, CARE Indonesia country director.

She adds; “on top of all the damage and destruction caused by the tsunami, the rainy season has now begun in earnest, and cases of disease outbreak are rapidly rising. There remain pools of stagnant water in many areas, which are breeding grounds for diseases like malaria and dengue fever. With many people still living in the open, mothers in particular, are worried about shielding their children from the increasing number of mosquitos.”

CARE has already reached over 5,000 people with hygiene kits which include much needed sanitary napkins.

CARE aims to reach around 50,000 people going forward with a first wave of basic emergency items like kitchen sets, hygiene materials and tarpaulins for temporary shelters. CARE will also focus on supporting people to rebuild as soon as possible and provide cash assistance to allow them to reinvest in livelihoods activities and reconstruction of their homes. In order to do this CARE is looking to raise US $15 million.

Making sure women’s voices are heard and their specific needs are met is a priority for CARE in its work with survivors of the tsunami. Women’s responsibility for the care of others, and their domestic roles, means it is harder for them to advocate for their needs. Ensuring safe spaces for women and girls so they have access to accurate information, support services, and the opportunity to express their particular needs is central to CARE’s response.

Vanwel says; “women have told us that inadequate toilets, a lack of privacy, a lack of lighting, and toilets being too far from shelters, particularly at night, are some of their major concerns.”

Canadians can donate to support CARE’s efforts at: www.care.ca/indonesiaquake

CARE has offices in the south of Sulawesi island in Makassar, where it has been operating for nearly 30 years. CARE has worked in Indonesia since 1967, initially focused on food distribution, small infrastructure projects, health, the environment, and water and sanitation. In 2004, CARE Indonesia was one of the primary emergency responders after the South Asian tsunami. Emergency response and disaster risk reduction with a focus on women and girls is always CARE Indonesia’s first priority. Its other core activities all focus on women and youth and include: Integrated Risk Management comprising resilience, food security and climate change; Economic Empowerment and leadership; and Water, Sanitation, and Hygiene.

CARE innovations in the last decade