Hunger on the edge of the Sahel: Shoukuriya’s story 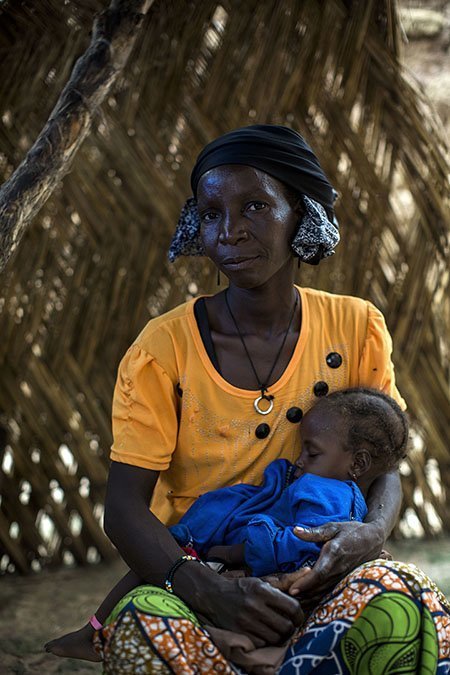 Worldwide, hunger and malnutrition kills more people than HIV/AIDS, malaria and tuberculosis combined. Hunger is avoidable and it is treatable. There is more than enough food in the world. No one should worry whether they will be able feed their children when they wake up in the morning.

This is where a little girl named lives. You may have read a little bit about her in my previous letter but I want to tell you more about this amazing little girl. Her mother, Zeinabou, tells us that Shoukuriya has been sick for two weeks. She has spent a lot of time at the village clinic as well as centres that are much farther away. Right away you can see a pink bracelet around her tiny little ankle. This tells us that she has been diagnosed with acute malnutrition. For children under two years, this has permanent negative impacts on physical and cognitive development. In other words, a lack of food now will change a child forever. But you don’t need to see the anklet she is wearing to know that this little girl is in danger.

In this small village on the edge of Africa’s Sahel region, mothers and fathers are putting on a brave face for their families. But their reality is grim. Drought has ravaged the soil and the harvest looks weak. Crops have struggled to flourish, and without a full harvest, there will not be enough food.

Shoukuriya has had a heavy cough since she was born. At one year and nine months, she used to speak. Sadly, now she doesn’t say a word. Her mother says she used to be a happy and smiley child, but now she is just sombre. She used to run and play with her siblings, but now she is too weak to even crawl.

CARE works to ensure girls like Shoukuriya not only eat, but laugh, smile and grow – but we can’t do it without you.

Together, we can make sure every child has the chance to grow and live a life free from the agony of hunger.