One year on from #MeToo: CARE calls ‘times up’ on lack of global treaty to protect women at work 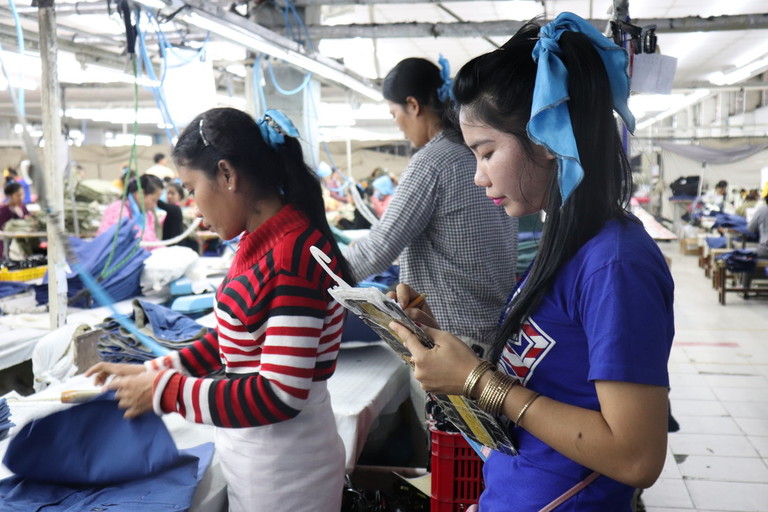 Over this year’s 16 Days of Activism against Gender-Based Violence campaign CARE is calling for an end to one of the most widespread forms of abuse against women – violence and harassment in the world of work.

Governments and employers have six months to forge agreement with trade unions and adopt a strong International Labour Organisation (ILO) Convention, the first of its kind, to end violence and harassment in the world of work.

Just over one year since the ground breaking rise of social movements like #MeToo, #TimesUp #BalanceTonPorc and #YoTambién workplace sexual harassment has been firmly brought into the public conversation. Yet there is currently no international agreement to protect women in the workplace, despite the fact it is one of the greatest challenges for women in the modern age. The ILO Convention provides the opportunity to finally tackle this injustice at a global level and in every country.

According to Milkah Kihunah, a leader of CARE’s work to promote a life free from violence for all: “The momentum and amazing work done by grassroots movements like #MeToo has upped the pressure for a legislative solution to end violence and harassment in the world of work. Negotiators on the new international treaty know the spotlight is on them.” She adds: “The adoption of the ILO Convention in June 2019 would be the first step to build global accountability on violence and harassment at work.”

More than one-third of the world’s countries do not have any laws prohibiting sexual harassment at work – leaving a staggering 235 million working women vulnerable in the workplace. From Hollywood actors to domestic and factory workers in places like Ecuador and Cambodia, women are fighting around the world for safety and respect at work.

Violence and harassment at work result in direct costs to businesses and states due to absenteeism, turnover, litigation and compensation. There are also indirect costs of reduced productivity, and knock-on effects, which can harm the enterprise’s reputation, image and competitiveness. In Cambodia, where nearly one in three women garment factory workers report experiencing some form of harassment in the workplace in a 12-month period, CARE calculated there was a national loss of productivity of US$89 million.

CARE’s #ThisIsNotWorking campaign to end violence and harassment at work aims to ensure business leaders also play an active part in the negotiation of a strong and meaningful ILO Convention.

As Glen Tarman, CARE Head of Global Advocacy notes: “There is a strong business case for ending sexual harassment at work. It makes economic, as well as moral sense, for businesses to support legislation to end violence and harassment in the world of work. Business leaders have a crucial role to play: in their own sectors, in the successful development of an ILO Convention, and in national legislation and regulation that is effective in their own countries.”

As Kihunah notes: “We have 6 months to change the narrative for women everywhere. In June 2019, governments, businesses and trade unions have the opportunity to agree on a ground-breaking global treaty: one that sets out to end violence in the workplace and sends the clearest signal worldwide that harassment is never acceptable.”

Notes to editor:
● The 16 Days of Activism against Gender-Based Violence is an international campaign that takes place each year. It commences on 25 November, the International Day for the Elimination of Violence against Women, to 10 December, Human Rights Day. It is used as an organizing strategy by individuals and organizations around the world to call for the prevention and elimination of violence against women and girls.
● The 10th December – Human Rights Day – marks the end of this year’s 16 Days of Activism against Gender-Based Violence. It is also exactly 6 months before the 2019 International Labour Conference at which the ILO Convention can be agreed. A final session of negotiation commences on 10 June, with a legally-binding Convention and associated guidelines adopted on 21 June 2019. Once adopted governments can ratify an ILO Convention, which commits to applying it in national law and practice, and to report regularly on its application.
● CARE is calling for the ILO to adopt the strongest possible instrument — a legally-binding convention supplemented by a recommendation. More information on CARE’s work with the ILO Convention is available upon request.

To arrange an interview with a CARE spokesperson, contact: